"We are talking a small country that is barely two provinces in France," said MP Meyer Habib before walking out of the committee meeting. 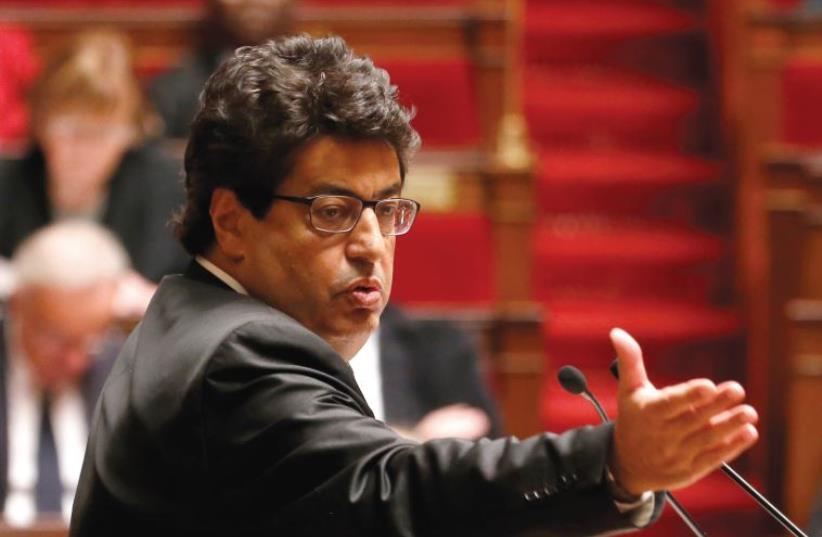 MEYER HABIB
(photo credit: REUTERS)
Advertisement
Two members of the French parliament defended Israel during a heated exchange at the Foreign Affairs Committee on Wednesday.The committee was discussing a report from a French delegation that visited Palestinian Authority controlled area of the West Bank and the Hamas-controlled Gaza strip.
The debate started when Member of Parliament Jean-Paul Lacoq stated Israel was engaging in "Apartheid policy" against residents of the Palestinian Authority. He added, "Israeli policy will not prevent me from saying that it is a policy of terror. They sow terror and fear among the Palestinian people."Member of Parliament Meyer Habib responded to him stating, "In Toulouse and in Hyper Cacher [supermarket] they killed in the name of 'Palestine.' You should open your eyes."He added, "the Jewish people have only one state - the Jewish state that the people dreamed of for 2,000 years. We are talking a small country that is barely two provinces in France, and yet all the problems in the world are the consequences of those Palestinian areas of several kilometers? There's so much hypocrisy in this area."
MP Claude Goasguen sided with Habib stating, "what you have forgotten to say is that this is a war zone and that the state of Palestine does not exist legally... I stand by my friend Meyer Habib and I wish to salute the Jewish people."
MP Christian Hutin said that both the Israelis and Palestinians are victims and added, "one has a state, the other doesn't... Trump's son-in-law is not the one who will do something about this because he is still leaning in a certain direction."
Habib, responded by asking "are you saying this because he is a Jew?"Both Habib, who is Jewish, and Goasquen, who is not, have been supportive of Israel. In 2016, they both wore the traditional Jewish kippah head-covering to show solidarity with the Jewish community after a series of antisemitic stabbing attacks in France. Last week Habib met in France with a joint Israeli-Palestinian delegation led by the head of the Samaria Regional council Yossi Dagan and Sheikh Nasr Abu Khalil Al-Tamimi of Ramallah whom he said were both against BDS.