From Dimona to DC: Israeli politicians and the media 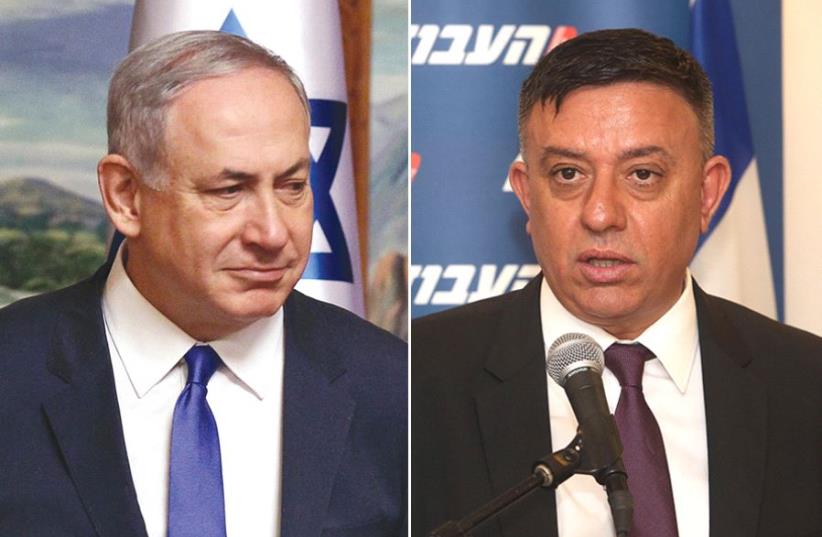 Netanyahu and Gabbay
(photo credit: MARC ISRAEL SELLEM,REUTERS)
Advertisement
Prime Minister Benjamin Netanyahu and Labor leader Avi Gabbay released video clips this week that looked similar, yet had opposite messages.Netanyahu’s clip highlighted his visit to Latin America, the first ever by a sitting Israeli prime minister. It showed the media in Argentina, Colombia and Mexico devoting live coverage to his historic visit.The clip then mocked the Israeli media with a scorecard. Live coverage: 0. Media coverage: Almost 0.“They don’t want you to know, so share this,” the clip concludes in black and white.  Israel's Channel 2 responded by proving Netanyahu’s video false, releasing its own video showing that the channel covered Netanyahu’s every move in Latin America and claiming that the reason there was no live coverage was the time difference.Sources who accompanied Netanyahu on the trip said he was fully aware that it was in fact being covered respectfully but that he chose to create a different impression for his own political reasons.Netanyahu knows that painting the press as an enemy helps him politically. Highlighting his statesmanship on social media impresses his traditional Likud voters in development towns.For Netanyahu, going to Washington helps him in Dimona. For Gabbay, it works in the opposite direction.Gabbay released a video with the same music and colors, boasting that while Netanyahu was in Latin America, he visited 11 towns in Israel, posting the flags of the towns where Netanyahu posted the flags of the countries.The scorecard of Gabbay was about the international media: Live coverage: 0. Media coverage: Almost 0. But the clip then added, “But we are not here for the coverage in the media, we are here for you.”  The message of the clip was that Gabbay does not care how he is seen in DC. He cares about Dimona.That message appears provincial, perhaps even unwise for a politician who claims to be running for prime minister and not interior minister. In a private conversation, Yesh Atid leader Yair Lapid said Gabbay had made a beginner’s mistake.But Gabbay told The Jerusalem Post he knew what he was doing. When the Post told Gabbay at the end of a meeting with disabled representatives that the world would know about it, he made clear that he did not intend to slight the English media that has introduced him to the international community.“You won’t find me ever attacking the press,” Gabbay said.Indeed, demonizing the media does not work as well with Gabbay’s potential voters as it does with Netanyahu’s. Gabbay wants those potential voters to know that he cares about them and is staying in the country to reach out to them.Only by going to places like development towns now and building support where people have not voted for Labor in decades can Gabbay have hope to eventually go to Washington as prime minister.For Gabbay, the path to DC starts in Dimona.