Council head Einat Kalisch-Rotem stated that the move "represents a model of co-existence between Arabs and Jews," according to the AFP - much like Haifa is today. 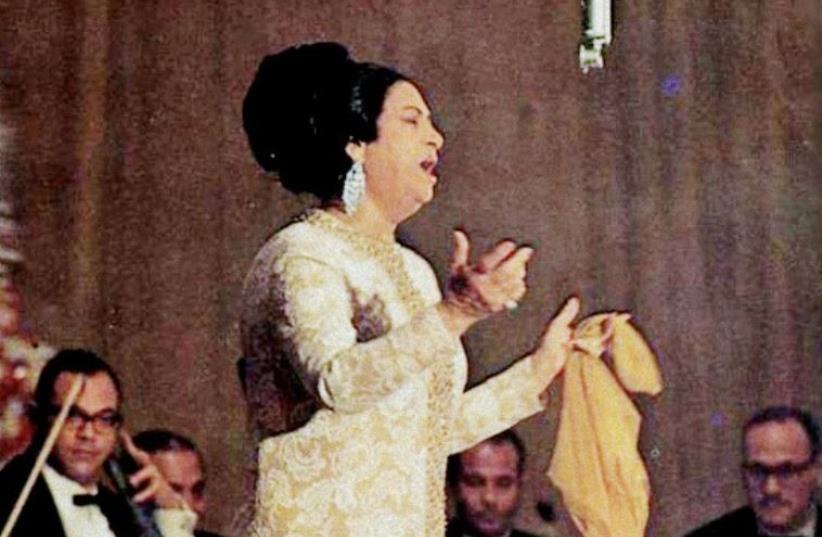 Egyptian singer Umm Kulthum
(photo credit: Wikimedia Commons)
Advertisement
The Haifa Municipality announced earlier this month that it intends to honor famed Egyptian singer Umm Kulthum by naming a street after her, according to the AFP.Umm Kulthum, the Egyptian songstress who died in 1975, was well-received as a star of Middle Eastern music in the West and remains widely beloved in the Arab world.Umm Kulthum has been a significant influence on a number of musicians, both in the Arab World and beyond. One of her best-known songs, "Enta Omri," has been the basis of many reinterpretations, including one 2005 collaborative project involving Israeli and Egyptian artists.Umm Kulthum performed in Haifa in the 1930s before the creation of Israel in 1948, when the city was still located in British-mandated Palestine.Council head Einat Kalisch-Rotem stated that the move "represents a model of co-existence between Arabs and Jews," according to the AFP - much like Haifa is today.However, the initiative does not come without controversy. Umm Kulthum was a staunch champion of Palestinian rights during her storied career.Haifa daily Kol Po printed a black and white photo of Umm Kulthum with some controversial lyrics scribbled across the image, a figurative disapproval of the move. "Now I have a gun, take me in, Palestine, with you," the lyrics read, according to the AFP.Within the same daily, Likud MK Ariel Kallner, noted he was "saddened" by the municpalities decision to honor Umm Kulthum, "who called for the destruction of the Jewish state," according to the AFP.Prime Minister Benjamin Netanyahu's son Yair Netanyahu tweeted the street renaming as being "shameful and crazy."In 2011, the Jerusalem municipality named a  street in east Jerusalem after the famed Egyptian singer.The new Umm Kulthum street was among 86 new street names authorized for the east of the city: 26 in Tzur Bachar, 34 in Beit Hanina and Shuafat and 17 in Isawiya.For years, streets in the east part of the city lacked official names, making access to basic services such as mail delivery difficult for residents.Former Jerusalem Mayor Nir Barakat said of the 2011 decision, "We are operating in every sector to narrow the gaps of the city's citizens: in education, culture, infrastructure, transportation, planning and construction. Completing the street naming for all the streets in the east of the city will improve the quality of life, and each resident will have his own address."