Hassidic leaders step up battle against smartphones and WhatsApp

The Viznitz hassidic community held a large conference at its Bnei Brak headquarters earlier this week outlining stringent guidelines for smartphone use, internet, and other technology matters. 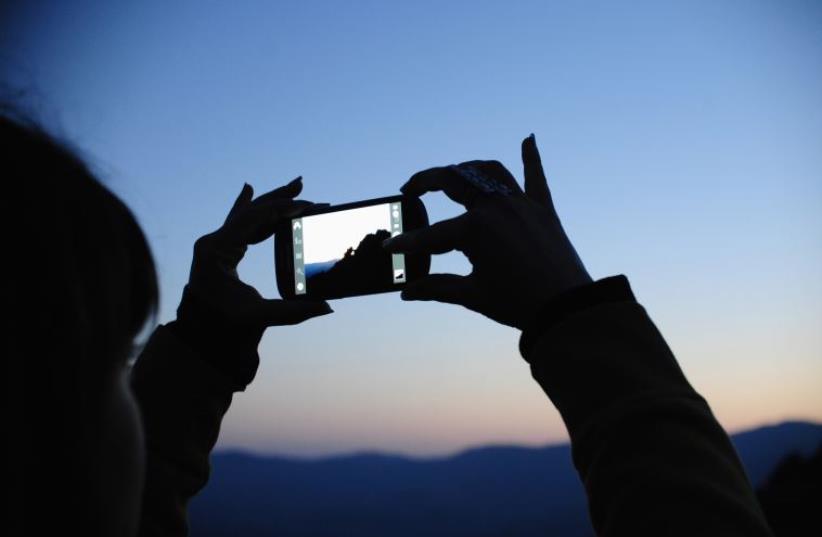 A girl takes photos on a smartphone
(photo credit: REUTERS)
Advertisement
The rabbinic leadership of several hassidic groups has in recent days been stepping up a campaign to implement strict restrictions and conditions on the use of smartphones within the community. The Viznitz hassidic community held a large conference at its Bnei Brak headquarters earlier this week outlining stringent guidelines for smartphone use, internet, and other technology matters while the Belz community held a similar gathering as well. In addition, the leadership of the Sanz hassidic community issued new guidelines regarding the specific use of the WhatsApp messaging and social media application at the beginning of February. The haredi leadership has long struggled against the use of generic smartphones as instruments that expose the haredi public to undesirable content and information, and their use has been widely denounced along with threats of various communal sanctions against smartphone users. Of late however clear rules have been developed and publicised which allow a rabbinical committee for communications to evaluate requests by individuals to use a smartphone equipped with filtering software. In order to obtain permission to use a smartphone, an individual must complete a form detailing what the device is needed for and have a community rabbi sign the form granting his approval. The form is submitted to the rabbinical committee for communications of the individual’s community. Currently, most hassidic communities have their own committee, as does the non-hassidic haredi community, and there are committee representatives in every city with a major haredi population. The committee evaluates the request and then determines what smartphone services and applications the individual can receive. The sophisticated filtering software employed can block specific applications, so each device is in effect tailored to the exact needs and requirements of the person requesting use of a smartphone. There are two software programs used by the different haredi communities at present, Nativ which is mostly used by the non-hassidic public and Delta which is mostly used by the hassidic communities. Delta is considered to be the most strict and restrictive, and prohibits the use of any internet surfing application whatsoever. Browsers can be used with Nativ, but specific permission must be obtained to use one in an individual’s application form to the rabbinical committee.Only Android phones are compatible with the software, but phones from mainstream brands such as Samsung, LG, and others can be used.   Applicants must also have a genuine need for a smartphone, most often connected to their job or business requirements, while yeshiva students, both single and married, are entirely banned from possessing a smartphone.  Yehoshua Mandel, a spokesman for the Viznitz hassidic community emphasized that the purpose of the controls and restrictions was specifically to allow members of the community to make use of the beneficial aspects of smartphones, and their necessity in certain instances, while reducing the perceived negative influence they might have on the haredi public. A representative of the Belz hassidic community concurred, noting that a phenomenon already exists in which some people had two phones, one a “kosher” regular phone which is used in public and the other an unfiltered smartphone.  Regulating smartphone use instead of banning it would be a more effective method of control he said and prevent this phenomenon from widening. Of late, the WhatsApp application has in particular aroused the ire of the haredi leadership. It is widely used in the haredi community and its mass messaging service to groups with large numbers of members are used to discreetly share information, news, and media. The haredi leadership is concerned as to the lack of control over the content of such groups, and the membership of them. Men and women can be present in any given WhatsApp group, as opposed to the norms of the strictly gender divided haredi society, while non-haredi members can post information to the group that might be considered inappropriate or damaging for haredi members. The guidelines issued by the Viznitz leadership during its conference on Sunday specifically notes the ease of sending and receiving pictures and videos as especially problematic . The Sanz rabbinic committee for communications noted that people can become addicted to using the app, spending large amounts of time writing and reading messages on various groups. Both the Viznitz and Sanz committees wrote that use of WhatsApp would be greatly restricted, but in case of need for the purposes of work and income applications could be made to gain approval for its use.This usage will itself be limited and the software allows for different aspects of the app to be blocked or permitted. Some people will be allowed only to send and receive private messages from one user to another, some may be allowed to use WhatsApp groups, but then only specific groups will be allowed, while sending and receiving pictures and videos will also be subject to approval. “The idea is not to have a blanket ban, but to allow access to smartphones if needed while protecting the user, and wider haredi society, from undesirable influences,” Mandel of the Viznitz community told the Post.