'Hezbollah is covertly watching us, waiting for the day of battle'

Lt.-Col. Yehonatan Steinberg, Commander of Battalion 931, said his forces did not encounter Hezbollah on the border fence daily, but that did not mean their forces and 100,000 rockets were not there. 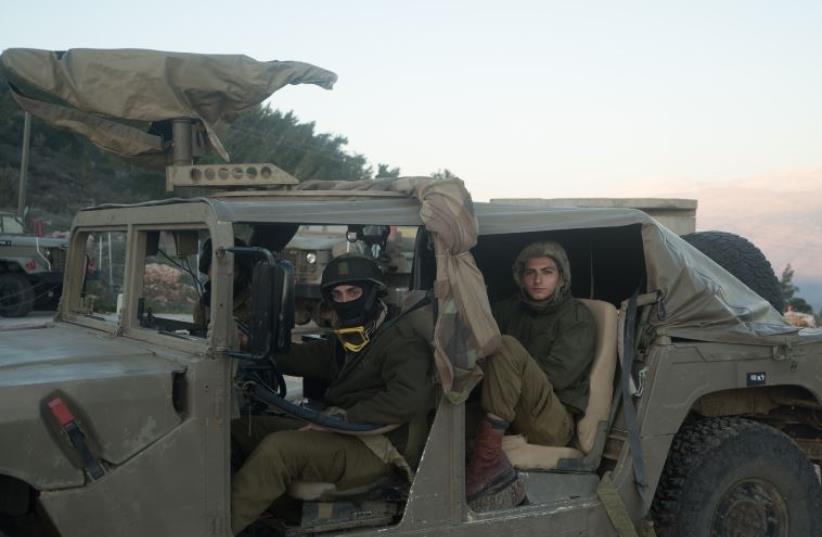 Members of the 931 Battalion
(photo credit: IDF SPOKESPERSON'S UNIT)
Advertisement
The Nahal infantry brigade’s Battalion 931 recently spent three months guarding the border with Lebanon, and during that time, its members got a glimpse into how the IDF’s largest conventional military threat is preparing itself for any future clash with Israel.Lt.-Col. Yehonatan Steinberg, commander of Battalion 931, said his forces did not encounter Hezbollah on the border fence on a daily basis, but that did not mean the Iran-backed terrorist organization, armed with more than 100,000 rockets and missiles, was not there.His forces knew Hezbollah “was present, in a camouflaged manner, hidden away from the border,” the commander said.“They study us, they gather intelligence on us, and they prepare for the day the order is given [for battle],” Steinberg told The Jerusalem Post in recent days.
Battalion 931 Commander Lt.-Col. Yehonatan Steinberg (Credit: IDF Spokesperson)Although the assessments held by Military Intelligence put the chances of Hezbollah initiating a war with Israel in 2016 as being low, a considerable risk remains of an inadvertent conflict breaking out and escalating quickly. This could begin with a Hezbollah response to IDF action, with Hezbollah moving advanced missiles into southern Lebanon.Tensions soared last month after a reported IAF strike killed Lebanese terrorist Samir Kuntar, and Hezbollah responded with a border bomb targeting armored bulldozers.“There were periods of [heightened] tension, when we had to act differently,” Steinberg, whose battalion guarded the Metulla region, said. “It influenced us. Tactically, we did things differently. This did not influence civilians in the area. They received the same level of defense, and even more so.Our role is to protect the civilians and given them a sense of security.”Before taking up the border protection duties, the battalion spent three months on Mount Hermon on the Syrian border, an arena Steinberg described as “a different challenge.”“We know Syria well. There are different enemies there, who act differently,” he said. Hezbollah remains the most potent foe in the neighborhood, he stressed. “We don’t see it visually every day. But that increases the mental challenge. And this arena is challenging,” the commander added.“Hezbollah is getting stronger all of the time. It is getting more weapons, and they are getting more accurate. It is gaining a lot of operational experience in Syria, but it is paying a high price for that. The training it is receiving is very significant,” he said.Last week, the battalion completed its northern rotations, and is about to move to the Golan Heights for three months of intensive training simulating northern threats. “This [the ability to fight in a northern arena] is where were are building our capabilities,” Steinberg said.By chance, the battalion also commemorated exactly 40 years since its formation on the border with Lebanon, in 1976. “We came full circle,” Steinberg said. “The sense of responsibility we feel for this arena is natural for this battalion.”After completing their training, the battalion will move into Samaria, taking up an area near Ramallah. Steinberg said he doubted the ongoing violence in the West Bank would calm down by the time the battalion reached its new designated area.“We will go into this challenge, though it will be completely different from what we are used to. Mentally, it is very different.When we are in the Lebanese arena, we are looking at threats few kilometers away.When we get to Judea and Samaria, the threats are point blank, at knife range. This is a significant change,” he said. “Awareness, how to behave, this will be part of the training for Judea and Samaria. We will hold a week of training specifically for this,” he added.