In the heart of the Hula Valley, KKL-JNF opened a veterinary clinic and acclimation center for injured wildlife

By KKL-JNF
KKL-JNF
(photo credit: YONI SHEFFER KKL-JNF PHOTO ARCHIVE)
Advertisement
A year ago, KKL-JNF opened a veterinary clinic and acclimation center for injured wildlife in the heart of the Hula Valley, which lies on one of the major bird migration flyways between Eurasia and Africa. Now, the Hula Lake Wildlife Acclimation Center seeks to expand.

Israel’s situation on one of the major African-Eurasian flyways for migratory birds has made the Jewish State an ornithological hub of global importance. As birds migrate from Central and Eastern Europe and Western Asia to the warmer climes of Africa, they bypass the Mediterranean Sea from the east by flying through Israel. The Hula Valley, as the country’s gateway, sees hundreds of millions of birds passing through it each year. KKL-JNF’s Hula Lake (Agamon HaHula) Park, at the heart of the Hula Valley, has become one of Israel’s prime birdwatching and wildlife spotting sites. 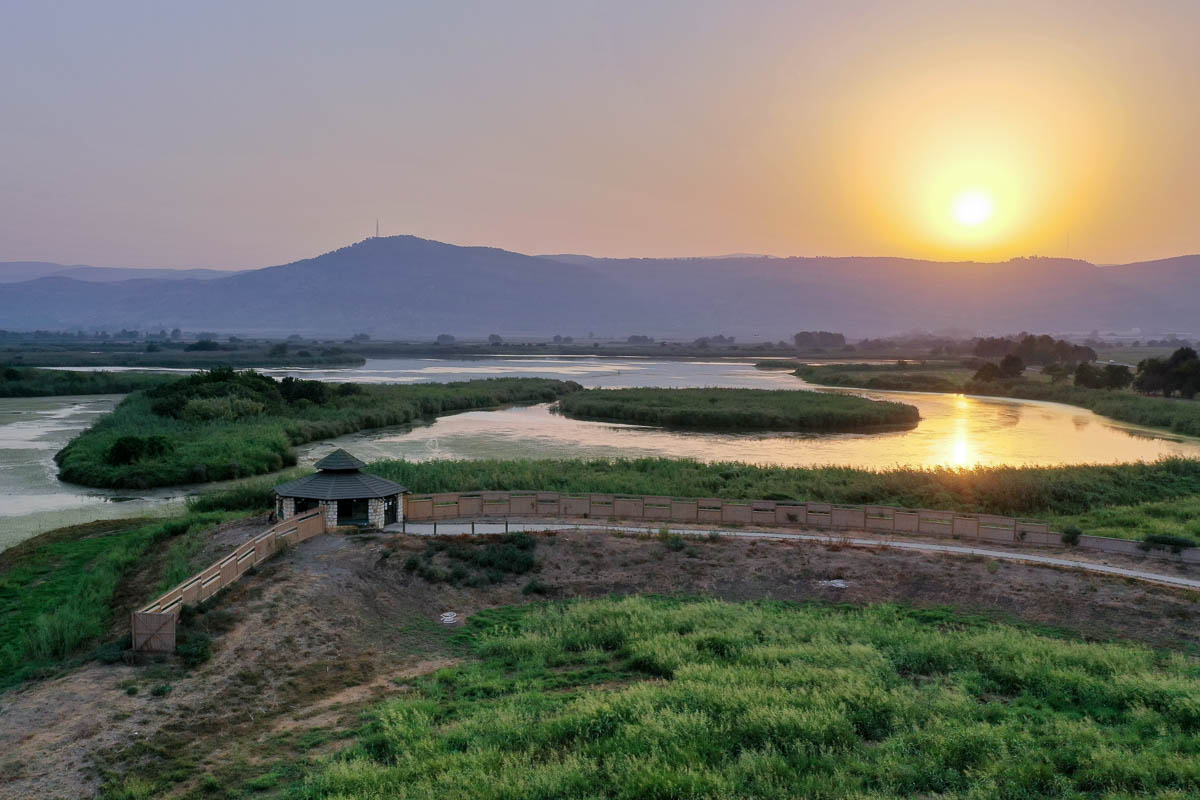 (photo credit: YONI SHEFFER KKL-JNF PHOTO ARCHIVE)Plenty of migratory and local birds and wildlife get injured in the day-to-day travails of survival, and the Acclimation Center for Wildlife at Hula Lake Park is there for them. The acclimation center, which was established by KKL-JNF in collaboration with Tel-Hai Academic College, provides injured birds and wildlife with a unique rehabilitation program that significantly increases their chances of survival back in nature. The adjacent veterinary clinic, established with the support of JNF USA, provides a critical first response to injured wildlife.

Yaron Charka, KKL-JNF’s Chief Ornithologist, says: “During my work at the lake, I came across, quite a few times, birds that were injured during their journey, sometimes by hunters, sometimes from lack of food or from dehydration due to the heat. These birds would be taken to the Safari Wildlife Hospital in Ramat Gan. Transportation from the north of the country to the hospital [in the central region] is a journey of hardship, and many birds would arrive exhausted, or would not survive the journey at all. At the end of the treatment [when they returned here], the injured bird would be released into the wild, and we would witness a recurring phenomenon of birds making the arduous journey back to their natural environment, and [once there] being unable to rise up and fly, and in terms of birds of prey, being unable to hunt”.

At around the same time that Charka realized the critical need for an additional step in the bird rehabilitation process, he received a phone call from Dr. Rona Nadler Valency, a veterinarian and animal science instructor at Tel-Hai Academic College, who shared her dream of establishing a bird and wildlife acclimation center in northern Israel. That initial encounter led to the eventual establishment of the Acclimation Center for Birds and Wildlife, the first of its kind in Israel.

Dr. Rona Nadler Valency describes the nature of the activity: “The center has a front clinic that receives injured wildlife from around the entire northern region. The animals undergo initial treatment that sometimes saves their lives, and from there they are sent, if necessary, for further treatment at the Safari wildlife hospital. In addition, there are three acclimation compounds here – two for birds of prey, and one for songbirds.”

Unique to this center, the acclimation cages are designed to imitate the birds’ natural environment, providing them with the opportunity for a “soft release” into their would-be surroundings, before their actual release back into the wild. The cages allow birds to practice flying, and for birds of prey, to relearn how to hunt (receiving dead and injured prey initially, and then live prey), in imitation of the learning process they undergo in the wild, first as chicks and then as fledglings.

The bird’s behavior is carefully examined throughout the rehabilitation process, with the help of installed cameras that operate 24 hours a day. The conclusions drawn from the monitoring of an individual bird can also be applied to other members of its kind, thus significantly streamlining the treatment of that particular species as a whole.  When the treating clinician determines that the bird is ready for release, the cage doors are opened so that leave. During this transition period, the doors remains open and the bird can return to the cage to eat, drink and rest.

The monitoring continues also after a bird’s release, via the Atlas tracking system. Assaf Loyrer, a volunteer at the acclimation center, explains: “When we release [them] into the wild, we want to track the animals we treated. The atlas system works via a transmitter that is attached to the bird, and antennae around the valley can pick up its signals. This way, we can know – did the animal know how to behave in the field? Did it survive? We can then learn what needs to be done the next time an animal of this kind comes to us”. 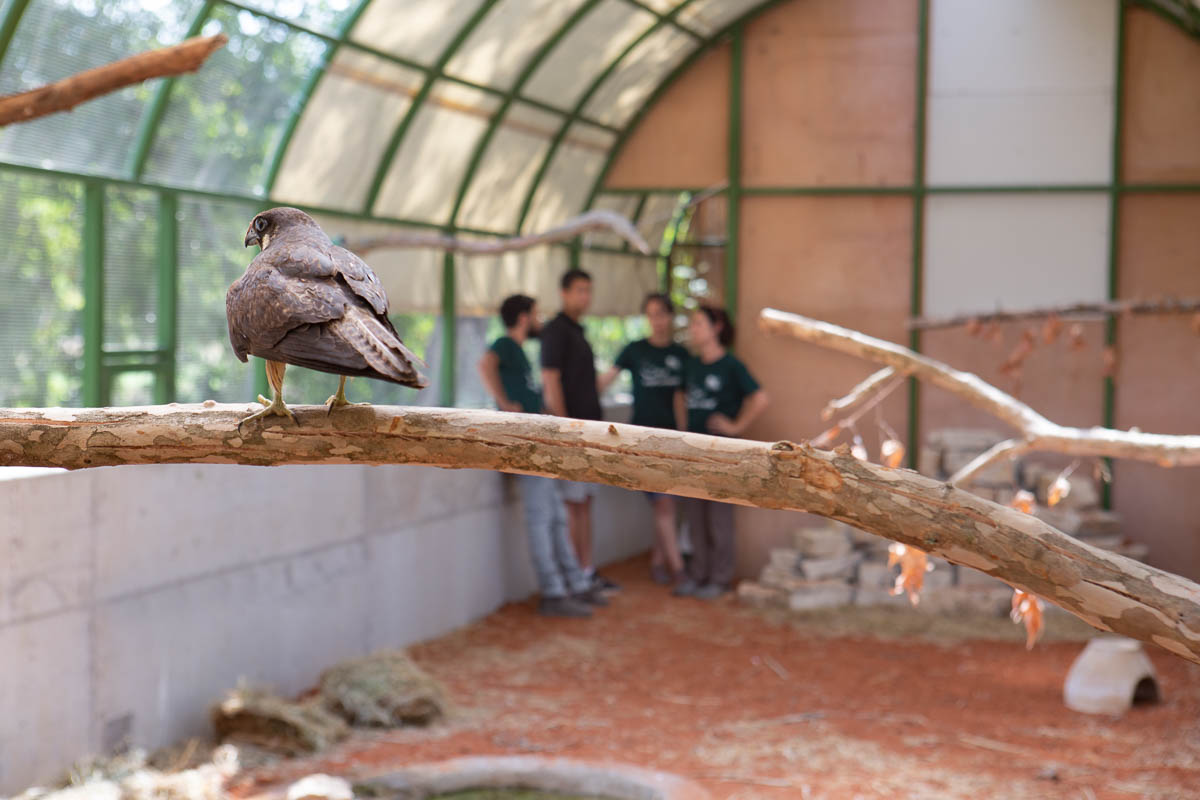 (photo credit: YONI SHEFFER KKL-JNF PHOTO ARCHIVE)The acclimatization center is assisted by its volunteers, presently numbering at around 40.  Yuli Vandermir, the volunteer coordinator, explains their role: "The team members are primarily volunteering with the chicks, where many hands are needed to feed the young birds. The team operates between the hours of 7:00 AM to 7:00 PM in 3-hour shifts, with feeding taking place every 20 minutes. Later, when the center expands, we will also assign volunteers to the clinic and various acclimatization tasks. In addition, there are students from Tel Hai College that perform behavioral analysis based on the camera footage from the acclimation cages”.

The center is only a year old, and it is still developing.  The project founders want to expand the center's activities significantly. Nadler Valency explains: “The clinic needs to move from its current temporary to a larger building that can accommodate several recovery cells, an X-ray room and advanced equipment, which we still lack at this stage. New acclimation cages will also be added to provide a response for additional species, and accordingly, [additional] caregivers and acclimation specialists specially trained in handling particular animal species. We also aim to create a public education program that emphasizes the importance of nature conservation, while providing a unique look at the treatment and acclimation processes, thus creating insights into how an ordinary citizen can help preserve wildlife”.

The center also aims to become a world leader in wildlife acclimation research, a field that KKL-JNF’s Yaron Charka says is “still in its infancy, on a local level and also on global level.”

Charka concludes: “We are able to receive lots of birds and other animals through our front clinic, in which they undergo complex treatments, and then they move on to the acclimatization process, which has been a great success”.

But in order to grow, Charka adds, “we need your help”.

KKL-JNF is seeking additional funding to expand the Hula Lake Wildlife Veterinary Clinic and Acclimation Center. If you would like to donate towards KKL-JNF’s conservation efforts, please click here >>

Written in cooperation with KKL-JNF