Lt.-Col. Elad Cohen was due to finish position in coming weeks regardless of investigation. 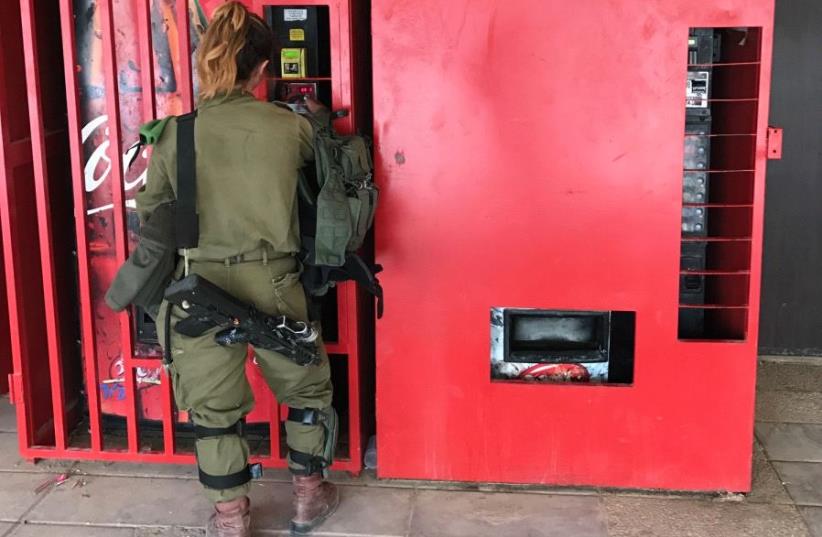 IDF Caracal soldier
(photo credit: SETH J. FRANTZMAN)
Advertisement
The commander of the IDF’s mixed-gender Caracal Battalion has been suspended for 30 days following an investigation into allegations he engaged in a consensual sexual relationship with a subordinate officer.OC Southern Commander Maj.-Gen. Eyal Zamir decided to suspend Lt.-Col. Elad Cohen in light of a Military Police probe into the alleged relationship with a subordinate officer, which is forbidden in the military, the IDF Spokesperson’s Unit said on Tuesday morning.Cohen, who is married with children, has led the Caracal Battalion since 2015 and was due to complete his posting in the coming weeks, regardless of the investigation.In an interview with The Jerusalem Post last year, Cohen said that the IDF trusts the officers in the unit.“We see Caracal as a model unit that can be emulated.Some of our commanders go to these other [newer co-ed] battalions and help them in the force buildup process,” Cohen said.“The sky is the limit in terms of abilities. Those who [initially] set up battalions of male and female soldiers saw the long-range potential. Today, the IDF trusts us and gives us a lot of responsibility,” he added.Caracal, the first of the IDF’s four co-ed combat battalions, which are majority female, was formed in 2000. It is stationed along the Egyptian border.Two other units, the Bardalas (Cheetah) Battalion operating in the Arava region and the Lions of Jordan Battalion stationed in the Jordan Valley, formed in the past three years.A fourth battalions, the Lions of the Valley, will be operationally active by November and will also be stationed in the Jordan Valley where the soldiers will be responsible for protecting the border area as well as carrying out surveillance.The new co-ed unit is responsible for a spike in female combat recruits this year that is expected to see a record 2,500 women serve in combat roles.According to the army, there has been a 5% increase in the motivation by female recruits to serve in these units as compared to last year’s enlistment, with 80% stating that joining the mixed-gender units was their highest preference when they enlisted.Yaakov Lappin contributed to this report.