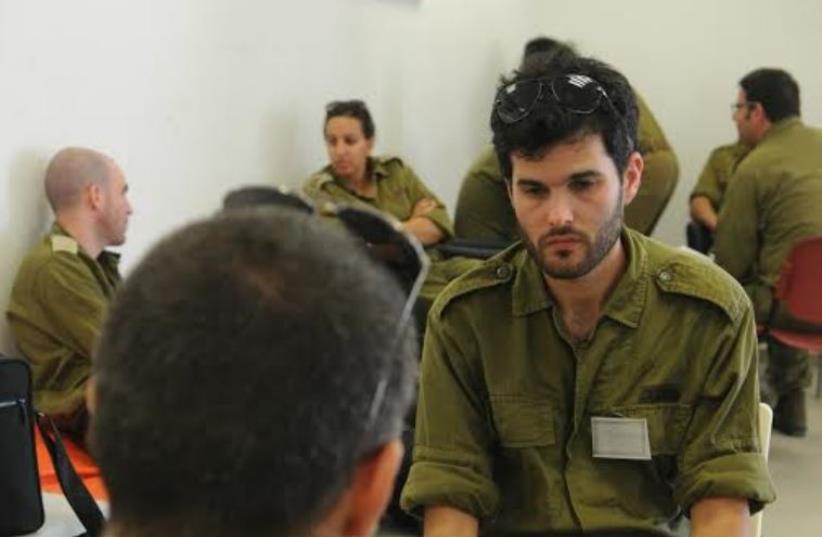 IDF's mental health officers drill
(photo credit: IDF SPOKESMAN’S UNIT)
Advertisement
The IDF’s treatment of soldiers in the field of mental health is insufficient, the State’s Comptroller report published on Monday found.
Official stats hold that one out of four soldiers uses the army’s mental health services, and meet with either a psychiatrist or mental health officer during their service.
According to the previous comptroller report, the IDF Medical Corps had failed in setting a limit for the period of time that a soldier needs to wait to see a mental health officer. In this current report, it was said that although this deficiency was fixed, it was never published, which essentially means that soldiers still have to wait a long period of time to see a mental health official.
The comptroller said in response to these findings that “the Mental Health Division should revise the period of time that soldiers need to wait to see a mental health officer via thorough and professional work, which will include the damages that could be done due to this long waiting.”
In another section of the report, the comptroller found deficiencies in the way that IDF handles firing ranges.
According to stats published in the state’s comptroller report, some 35% of the country’s land (excluding the West Bank) is closed territories dedicated for firing ranges.
The comptroller found that the IDF’s ability to close any territory it needs for exercises led to uncertainty in the planning field, and harms the planning procedures on the land.
It also found that there is a delay of five years in converting some areas to non-firing range territories because the IDF has not cleared these areas from duds and used ammunition.
The comptroller also noted that the way the IDF communicates with the public regarding entering these areas is inadequate, and that there’s no proper website that contains updated information regarding this issue. Some of the firing ranges are in nature reserves or in archeological sites and are open to the public occasionally.
In the response to the mental health deficiencies, the IDF Spokesperson’s Unit said: “The IDF is currently working on this topic, and is learning from the mistakes of the past. The comptroller’s advice that the waiting time for a mental health officer should not be more than four weeks will soon become an IDF order. However, we shall note that the waiting time today is less than four weeks, and in 92% of the cases, the average waiting time is ten days.
Regarding the firing ranges issue, the IDF said: “As of today, there are almost no areas that not officially firing ranges, and are closed for special exercises.
“Information regarding opening firing ranges to the public ahead of holidays is being published by the IDF Spokesperson’s Unit and could be found on the IDF website. Useful information is also given to community security officers and local municipalities. The IDF website contains phone numbers that could be used to contact the IDF directly."