The system was said to have been chosen over South Korea's Lig Nex1 KM-SAM. 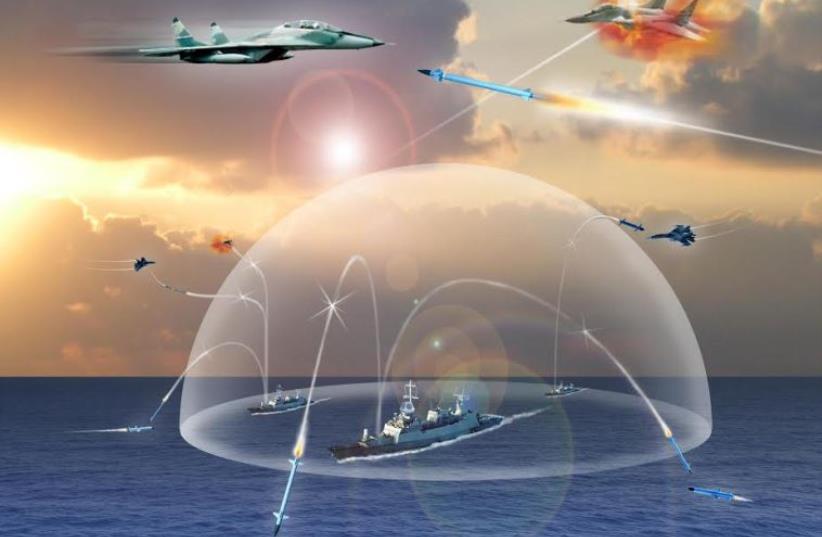 Illustrative Barak 8 system
(photo credit: ISRAEL AEROSPACE INDUSTRIES)
Advertisement
Israel Aerospace Industries is reportedly in talks with Colombia to sell the South American nation the Barak-8 medium range surface-to-air missile system.
According to reports in local Colombia media, the Barak-8 was chosen over South Korea’s Lig Nex1 KM-SAM (which was the frontrunner after the Israeli system) and other similar systems from Canada, Spain, South Korea, the United States and France.
According to InfoDefensa, representatives from the Colombian Air Force (FAC) visited Israel from October 10-19, where they had the opportunity to learn about the system first-hand, from how to operate it to its maintenance.
Following that visit, the representatives sent a technical assessment to the Defense Ministry to approve the purchase before the final approval by the Colombian government.
Colombia is in the middle of modernizing its aerial defense and a September report by Reuters said that three armed forces sources said that the tender could cost more than $300 million.
Despite the reports, IAI refused to comment on the matter, and sources involved in the matter told The Jerusalem Post that such a deal had not yet been signed.
While the decision to upgrade its aerial defense systems was made last year, Colombia is concerned over the ongoing crisis in neighboring Venezuela, which bought the Russian-made S-300 missile defense system in 2005.
According to satellite images released by ImageSat International (ISI), the Venezuelan military moved their S-300 (VM) air defense system into position at the Capitan Manuel Rios Airbase in early February.
“Although this activity can be considered as a routine drill, in the current strategic context and regional tension, this kind of activity might affect the operational level of the air-defense in Venezuela,” read the ISI assessment.
The Barak-8 MR-SAM system – jointly developed by India’s Defence Research and Development Organisation (DRDO) in close collaboration with Israel’s IAI, Elta Systems, Rafael Advanced Defense Systems and additional companies in both countries – is used by Israel’s navy as well as by India’s naval, air and ground forces.
Able to shoot down enemy aircraft at a range of 50-70 kilometers, the system is designed to defend naval vessels against a myriad of short-to-long range airborne threats like incoming missiles, planes and drones at both low and high altitudes.
The system integrates several advanced state-of-the-art systems, including a digital radar, a command and control system, tracking radar launchers, interceptors with advanced homing radio frequency seekers, data link and system-wide connectivity. It is also able to engage multiple targets simultaneously in severe saturation scenarios and can be operated in all types of weather.
The missiles, which can be fired in single or ripple firing modes from a vertical position, are launched in canister configuration, and the launcher will have eight canistered missiles in two stacks.
In July, the Israeli military successfully tested the Barak-8, intercepting a small drone simulating an enemy aircraft.