Israel ranked 31st in gender equality out of 100 countries

Israel's highest score was for Israeli women's access to education and its lowest was given for female-positive legislation. 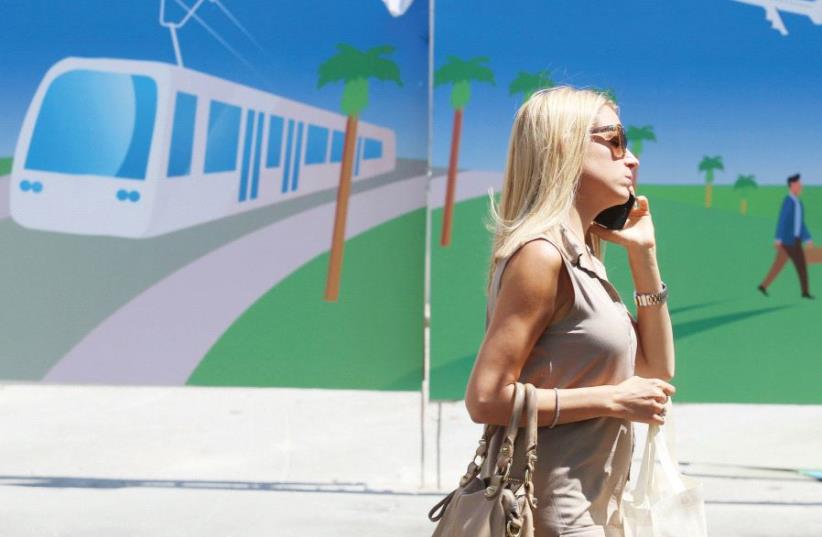 A woman walks next to a light rail sign
(photo credit: MARC ISRAEL SELLEM)
Advertisement
An analysis of gender equality has ranked Israel 31st among 100 countries with comparable data. The index was compiled by the German neobank N26 and compares the status of women in countries around the world, looking at metrics such as how many women are in political leadership positions and female access to education.The index scored countries relative to each other, and normalized the scores so that the lowest scoring country (in 100th place) has a score of 50 and the highest scoring country (in 1st place) has a score of 100.Israel's total score was 84.23, putting it in the 31st place. Israel's highest score was 98.7% for Israeli women's access to education. This was measured by combining the percentage of women enrolled in primary education and secondary education as well as the mean years of schooling for both genders. Israel's lowest score was 76% regarding women's legislation, which measures the degree to which the country's legislation is "female-positive." The metric includes the legality of divorce (based on an OECD measurement); women in power according to the World Economic Forum's women empowerment score; the presence of paternity leave and the existence of laws against sex-based workplace discrimination (measured by The World Policy Analysis Center); and the percentage of wages paid for maternity leave (measured by the UN). Israel received an 86.5% for total women in government, 85.3% for women in management, 95.2% for women entrepreneurship, 94.7% for women in STEM educational tracks (science, technology, engineering and mathematics), 91% for salary level and gender wage gap. Israel gives 105 days of paid maternal leave. It is important to note that scores reflect the placement of Israel compared to other countries. This means that while Israel scored 86.5% for women in government positions, Israel's 120-member Parliament includes only 29 women, and only 24% of the cabinet are women. Similarly, although Israel scored a 91% for gender/wage gap, in 2018, the gap grew from 24.7% to 27.5%, according to Israel's Central Bureau for Statistics. The same is true for the index percentage scores, which reflect placement rather than an analysis of a country's status.“At N26 we firmly believe that everyone, regardless of gender, should have the opportunity and freedom to live the lives they choose," said N26 Chief Operating Officer Adrienne Gromely. "And yes, there’s much more to life than money, but we think it’s a good place to start. When we feel in control of our finances, we feel more confident, more independent and more optimistic about our future, helping us to reach our full potential," she said.“We want to understand what can hold women back when it comes to being financially confident, to understand the drivers behind financial independence, and see how we can help to make a difference.”The highest ranking country on the index was Norway and the lowest ranking country was Pakistan.