Israel set to be first nation to ban the fur trade

Interior and Environmental Affairs Committee chair MK Miki Haimovich supported this plan, and said the committee would ensure it was enforced. 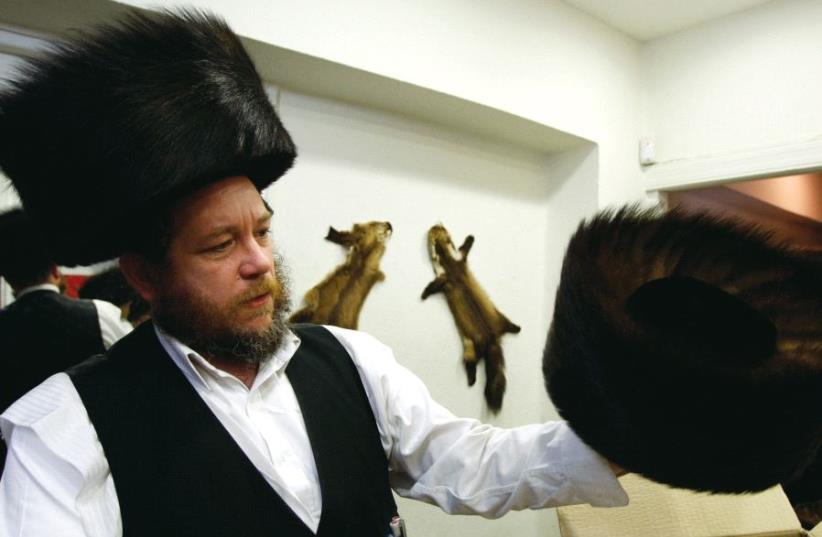 Illustrative photo of a man wearing and holding a shtreimel, a fur hat
(photo credit: BAZ RATNER/REUTERS)
Advertisement
Israel is to set to ban the fur trade, becoming the the first country in the world to do so.The plans were announced by Environmental Protection Minister Gila Gamliel, who slammed the practice of buying and selling skin and fur in the fashion industry as "immoral.""The fur industry causes the killing of hundreds of millions of animals around the world, and involves indescribable cruelty and suffering," Gamliel explained, adding that "Utilizing the skin and fur of wildlife for the fashion industry is immoral."Future permits for the fur trade will be available, but only in special cases under certain limited criteria, the Environmental Protection Ministry said in a statement.Permits issued by the Nature and Parks Authority are currently required to sell and purchase furs in Israel, but these new criteria would limit them to cases of "scientific research, education, for instruction and religious purposes and tradition."The latter category has the potential to be particularly contentious due to the role fur plays in the traditions of haredi Jews, who often wear fur hats called shtreimels, though it is possible that they will get an exception.Gamliel's announcement was praised by Blue and White MK Miki Haimovich, a known advocate for animal rights who also chairs the Knesset's Interior and Environmental Affairs Committee."Wearing fur should completely disappear from the world, as in this age, there is no justification for killing animals just for the sake of wearing their fur for fashion or for heating. There are excellent substitutes that do not cause suffering and murder," Haimovich said in a statement.She explained how it was important that Israel advance this legislation, and said that she and her committee fully backed Gamliel's plans, as well as promising to help enforce them."Humanity is beginning to understand in recent years the immense damage that man is causing to animals and nature and the extinction of the species that are ultimately responsible for the ecological balance that preserves us," she explained."We in the Interior and Environmental Affairs Committee will provide the full backing for this, and will monitor it over time to ensure that the regulations are enforced and the fur trade in Israel will cease."The move was also applauded by Israeli animal rights advocacy group Animals Now, who noted that a wide majority of Israelis support such legislation, though prior attempts at introducing them into law have failed."We applaud and welcome the environmental protection minister's courageous decision to put an end to the sale of furs in Israel," Animals Now said in a statement."Already at the beginning of the struggle, 86% of Israelis expressed a clear position that caging, torturing and brutally killing foxes, minks, dogs and cats for extravagant and unnecessary fashion items is unacceptable."The minister's important decision will save countless animals.""We're very happy that the fur trade will be banned in Israel," the Society for the Protection of Animals in Israel (SPCA Israel) told The Jerusalem Post.However, they added that the battle is not yet done, pointing out that haredi Jews will still be able to use fur for shtreimels."The SPCA is against this practice," they told the Post. "It's a primitive way to practice Judaism to cause so much pain to animals. We hope this practice will one day disappear. It's absolutely terrible, and we hope that one day religious reasons will no longer be an excuse to practice the fur trade."In response to Post press queries, the Nature and Parks Authority said that "Today, the trade in furs is regulated by the Nature and Parks Authority, primarily for nature conservation reasons, in accordance with existing regulations and in accordance with international conventions to which Israel is a signatory." While there are some cities that have banned the fur trade, most notably São Paulo in Brazil along with some cities in the US, this would be the first such ban on a national level. The move was met with praise by animal-rights organization PETA. In a statement, its director Elisa Allen praised Israel "for recognizing that the trade in coats, pom-poms, and other frivolous fashion items made from wild animals' fur offends the values held by all decent citizens," the BBC reported.