The driver, 24, a resident of the town of Oranit, was arrested after failing a breathalyzer test. 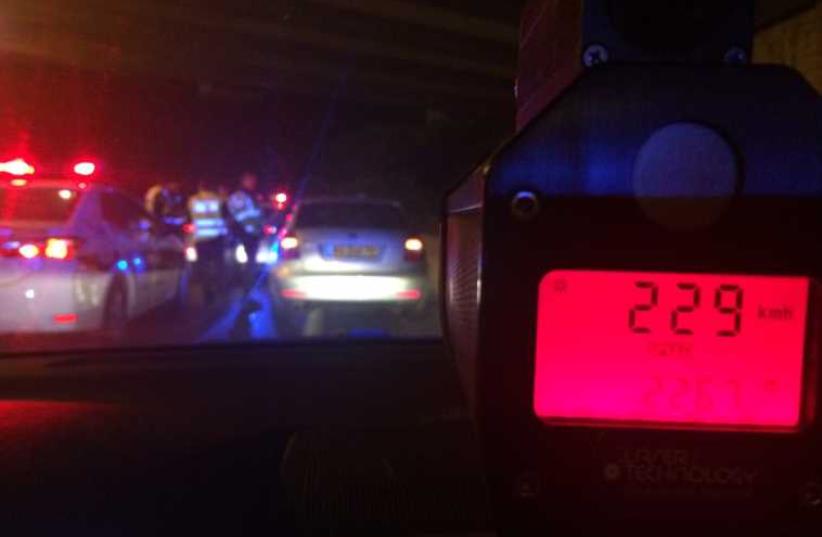 Speed gun showing 229 kilometers per hour on a Tel Aviv highway
(photo credit: ISRAEL POLICE)
Advertisement
Israeli traffic police pulled over a motorist in Tel Aviv early Friday morning after he was found to be driving 229 kilometers per hour (142 miles per hour) on a major highway.The police said that its speed gun showed that a Skoda Octavia model car was jetting down Route 20 northbound toward Glilot at a speed that was well over the limit.The driver, 24, a resident of the town of Oranit, was arrested after failing a breathalyzer test.A passenger in the car, an undocumented alien from the Palestinian territories, was also detained.The driver’s car was impounded and his license revoked. He is due to appear before the Tel Aviv Magistrate’s Court.