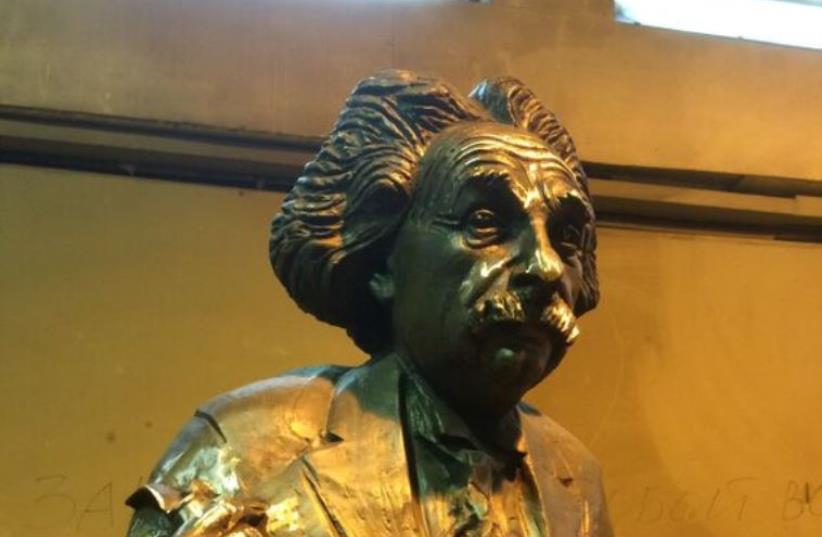 Einstien statue Hebrew University
(photo credit: HEBREW UNIVERSITY)
Advertisement
Israeli universities ranked seven times in the top 100 of the 2016 QS World University Rankings by Subject. The ranking was a decrease from 11 in 2015.The rankings compared the world’s top universities in 42 areas of study, making it the largest-ever ranking of its kind.This year’s QS ranking included six of Israel’s leading universities – the Hebrew University of Jerusalem, Tel Aviv University, the Technion-Israel Institute of Technology, the Weizmann Institute of Science, Ben-Gurion University of the Negev, and Bar-Ilan University.According to the report, HU was the country’s most featured top-100 university, ranking three times in the 51-100 category – for agriculture and forestry, and history, and in QS’s inaugural anthropology rankings.HU was also featured in 24 of the 42 subject tables, including ranking 20 times in the top 200 category of those subjects.The Technion-Israel Institute of Technology ranked twice in the top 100, once for computer science and information systems, and once for mathematics.It additionally ranked in 12 different subjects.Tel Aviv University ranked in the top 100 for archeology, and ranked in 18 different subject tables including 15 times in the top 200.The Weizmann Institute of Science placed in the top 100 for biological sciences, and was ranked in a total of five different subject areas.The six universities were ranked 64 times between them – up from 60 in 2015 – ranking Israel more times than all of its Middle Eastern counterparts combined.Egypt ranked 11 times, and once in the top 100. Iran was featured once in the top 300, and Turkey was ranked 34 times. Saudi Arabian universities were ranked 33 times, though one university, the King Fahd University of Petroleum and Minerals (KFUPM) ranked in the top 50 for engineering – mineral and mining.While Israeli universities captured a number of slots, Harvard and the Massachusetts Institute of Technology continued to dominate the subjects ranking list, leading in 24 subjects between them, and taking 12 leading positions.“Though the US and UK remain dominant, our most inclusive rankings yet show that excellence can be found in an ever-increasing number of places. Nations like Austria, South Africa, Finland, Brazil, China and Sweden can be found in the top 10 of our tables. Our new top 100 for performing arts acknowledges academic excellence in 27 different countries, while our top 100 for mineral engineering recognizes it in 26,” said Ben Scowter, head of the QS Intelligence Unit.The rankings were formulated using the expert opinion of 76,798 academics and 44,426 employers, alongside the analysis of 28.5 million research papers and over 113 million citations sourced from the Scopus/Elsevier bibliometric database.