“The support was given both to the Government of Liberia and to the Liberian civil society,” Israel's embassy in Ghana said, according to the report. 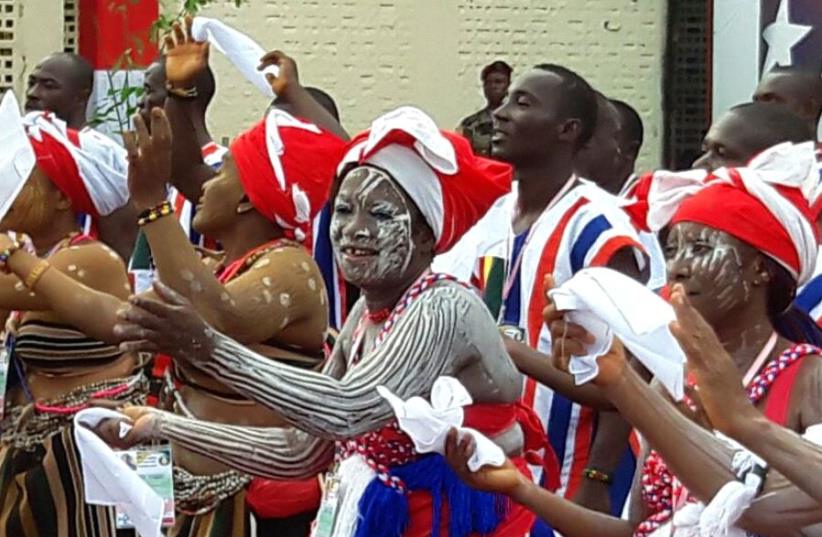 PM Netanyahu in Liberia
(photo credit: HERB KEINON)
Advertisement
MASHAV, Israel’s official international development cooperation program, reportedly provided humanitarian aid and PPE equipment to "young single mothers and families" in Liberia personally affected by COVID-19, according to a Front Page Africa (FPA) press release.The Embassy of Israel in Ghana stated the aid – worth $14,000 – is part of Israel's commitment to provide aid and support to the Liberian people in their fight against the coronavirus pandemic.“The support was given both to the Government of Liberia and to the Liberian civil society,” Israel's Embassy in Ghana said, according to the report.The aid itself, in terms of PPE, consisted of 8,000 N-95 face masks, 80 thermometers and hundreds of medical gowns.With regard to humanitarian aid, MASHAV donated three tons of rice, 600 liters of cooking oil, 60 dozen cans of sardines, 15,000 cotton face masks, 2,000 bottles of bleach, 2,000 boxes of powdered soap, 200 hundred Veronica Buckets and 150 cases of hand sanitizer. For the young and single mothers, Israel provided sewing machines and hair products.Israel provided the aid to the West African nation in collaboration with Liberian NGO Care for Liberia’s Population (CALP).According to the organization, Israel has also organized educational activities meant to spread awareness surrounding the coronavirus.Liberia was one of the African countries to vote in favor of Israel becoming an independent Jewish state during the 1947 UN partition resolution – and the cooperation between the two dates back to the 1950s. Liberia was also one of only six of Africa’s 54 countries – along with Rwanda, South Sudan, Malawi, Lesotho and Cabo Verde – who voted with Israel and the US in support of an anti-Hamas resolution in December.Following Liberian President George Weah's visit to Israel in February 2019, the two nations promised further cooperation.Herb Keinon and Yvette J. Deane contributed to this report.