A prostitute waits for customers along a road.
(photo credit: REUTERS)
Advertisement
“It is customary to think prostitution does not exist among religious men and women, but I want to say it certainly does,” said Debbie Gross, director of the Tahel Crisis Center for Religious Women and Children.Gross, who has received many requests from girls and women who have fallen into prostitution or whose spouses go to prostitutes, gave some examples.“A woman turned to us, A., a religious woman in her 40s, married and a mother of several children,” she said, at the Kolech Religious Women’s Forum in Jerusalem on Wednesday during a session devoted to the war on prostitution. “She has a family as standard as any other, loving and caring. No one has prepared for the difficult day in her life when she will find out that her beloved husband has been going to brothels for several years and using the services of escorts.“Amid a mixture of feelings of guilt, disgust and a sense of betrayal, she sought someone who could help her. And this is how she got to us. She could not even honestly speak with her husband on her own, let alone consult lawyers regarding her rights or her thoughts of blood tests to rule out whether she contracted any sexually transmitted diseases.” 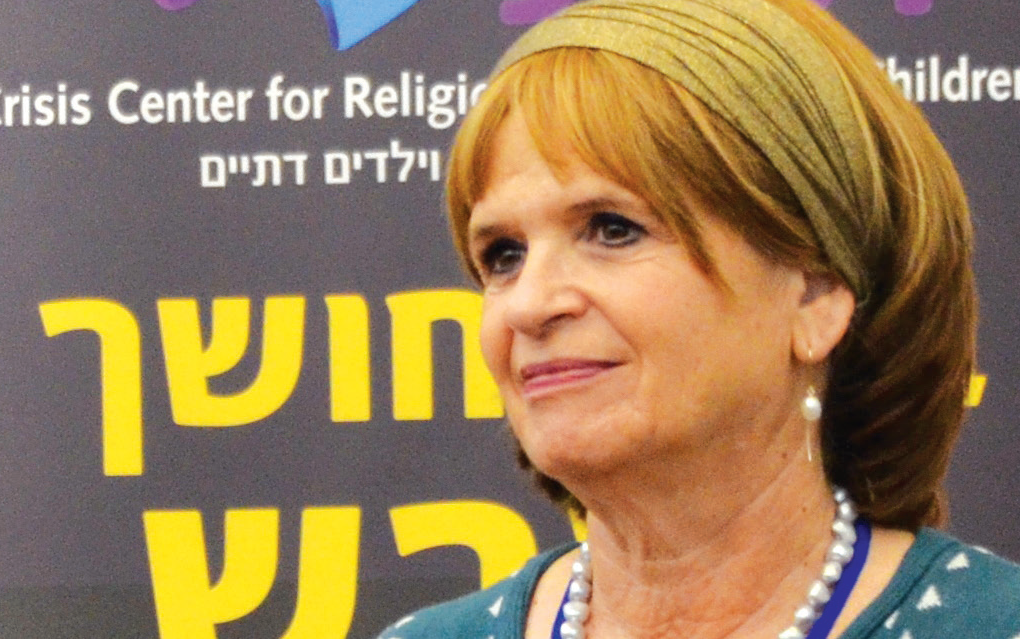 Another case, which Gross said is representative of a widespread phenomenon, was of “an ultra-Orthodox girl from Bnei Brak who had difficulty fitting in with the haredi lifestyle and got into a relationship with an ultra-Orthodox boy from the neighborhood. After several meetings, he raped her, and the only person with whom she could share her tragedy was a good friend of hers.“At some point, the story came out and got to school and to the girl’s parents. The results were to be expected: Sara [not her real name] was thrown out of school and [then] left home after she could no longer bear the fact that her parents blamed her for the rape, of which she’d been the victim.”This was only the beginning of Sara’s story. Out on the street, it was no better, and Sara eventually started working as a prostitute.Her feeling that she had indeed become a “whore” only came after a long time, during which she was raped and exploited horribly, Gross said. “And then she turned to us.”She explained that, apart from finding a solution to violence in general, and sexual violence specifically, the religious and ultra-Orthodox world has recently begun recognizing the need to help victims of prostitution on both sides – the consumers of prostitution and the women who offer their bodies.Those who have fallen into prostitution often face severe hardship and abuse, and some in the religious community are at a high risk of entering that world, Gross said.“One can point to very clear indicators that appear prior to a girl’s falling into prostitution: sexual assault inside the family [and] being boycotted by the community due to inappropriate behavior,” she said. “In many cases, the girls never received good sexual education, and so they do not know that the exploitation they undergo has a name: prostitution.”The other side involves the consumers who feed the business of prostitution and increase it, Gross said.“Religious and ultra-Orthodox men go to prostitutes for reasons of addiction to sex, addiction to pornography [and] irrational sexual expectations... They will prefer not to break a home, not to discuss their difficulties and to find a solution for the issues by going to prostitutes,” she said.“We have seen ultra-Orthodox men who think that, from a religious perspective, it is preferable to go to a prostitute than to spend sperm for nothing. And so they supposedly rationalize their act for themselves from a Jewish law perspective,” she added.“Women who are married to men who go to prostitutes are often in a severe relationship and religious crisis, [with] this thing entering all of a sudden a relatively calm life, threatening to break apart homes and sometimes affecting women’s health,” Gross said.  “Diseases can be transmitted from a man who came in contact with others to his wife without her knowing anything about it or having any means to defend herself against it... This issue remains almost unspoken in the religious world. The shame is built in, and the distress is great.”Tahel will next month hold its third international conference on violence and abuse within the Jewish community.During the three-day conference, which is scheduled to take place in Jerusalem, experts from around the world will teach about the issues of violence in general and sexual violence in particular.They will be addressing an audience of rabbis, therapists and educators, as well as parents from the religious and ultra-Orthodox community.