The 30-year-old actress got the role of Wonder Woman in American director Zack Snyder’s movie, which also stars Ben Affleck and Henry Cavill, in 2013. 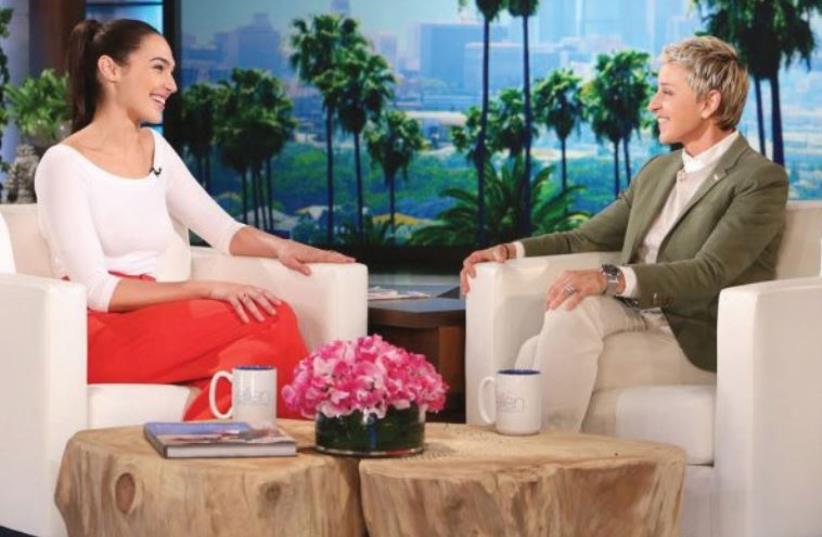 ISRAELI ACTRESS Gal Gadot reveals to Ellen DeGeneres how she landed the role of Wonder Woman
(photo credit: YOUTUBE)
Advertisement
Israeli actress Gal Gadot appeared on The Ellen DeGeneres Show Tuesday to promote the upcoming film Wonder Woman, in which she plays the leading role.The 30-year-old actress got the role of Wonder Woman in American director Zack Snyder’s movie, which also stars Ben Affleck and Henry Cavill, in 2013. Gadot shared the adorable story of how she auditioned for her role without knowing what it was. When Snyder finally told her that she was in consideration for Wonder Woman, Gadot tried her best to keep her composure.“Zack calls me, saying, ‘I’m not sure if you have it in Israel, but did you ever hear about Wonder Woman?’ Then I went dead for, like, five seconds, came back to life, and I tried to pull off my coolest voice, saying, ‘Pffft.Wonder Woman? Yeah. Yeah, I’ve heard of her.’” Gadot didn’t hear anything for two weeks while she was in Israel. She got word when she was flying back to America.“The moment the plane landed I opened my phone and I had 30 missed calls from my agents... I called them when I was still sitting in my seat and they said: ‘You can’t say anything but you got the part’ and I went ‘Arrrrrrrrrrrgggggggggh’ and everyone looked at me and I couldn’t say anything.”Gadot also spoke about her four-year-old daughter Alma, who loves to play with dolls and talk princes and princesses – but prefers princes.“They always fall asleep and then the prince is the one to wake them up and they do nothing,’” Gadot recalls her daughter explaining.And that’s precisely why Gadot feels like “the luckiest girl in the world.” Playing Wonder Woman, Gadot has the opportunity to give her daughter a female role model. “That made me feel really good,” Gadot says.