Ivanka Trump: I am excited to continue our trip in Israel

The president's daughter, who has joined him on his maiden foreign tour, is expected to land in Israel in an hour along with the rest of the presidential entourage. 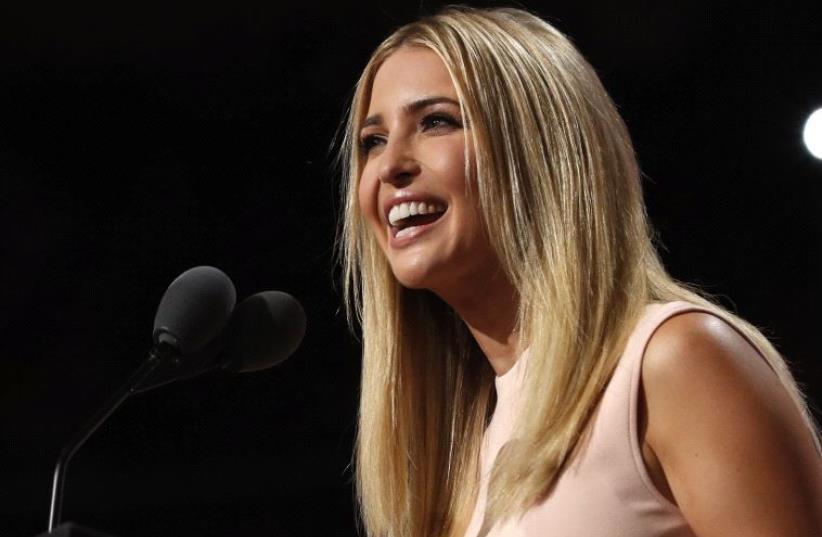 Ivanka Trump
(photo credit: REUTERS)
Advertisement
Ivanka Trump, US President Donald Trump's daughter who the press has dotingly dubbed "First Daughter of America," took to Twitter on Monday morning to say she was happy to be on her way to Israel alongside her father as they embark on the second leg of the president's first foreign trip. "We had an amazing and historic visit in Saudi Arabia. I am excited to continue our trip in Israel," Ivanka shared with her 3.77 million followers. She also added the hashtag #POTUSAbroad, which she has used in all of the tweets she posted in which she described her experiences from accompanying her father on the first stop of his trip in Saudi Arabia.

We had an amazing and historic visit in Saudi Arabia. I am excited to continue our trip in Israel. #POTUSAbroad pic.twitter.com/tEG3o0EdMk

Trump was reportedly received very warmly in Riyadh, where he signed an arms deal valued at $110 billion in a move that is expected to significantly bolster the US's ties with the Arab world. The US president and his entourage are expected to land in Israel at 12:15 p.m. and are going to be received in an official ceremony in which Prime Minister Benjamin Netanyahu and President Reuven Rivlin will both make speeches. Trump is then going to spend a little over a day in the country, and visit sites such as the Western Wall, the Church of the Holy Sepluchre and the Yad Vashem Museum. Joining him on his maiden trip abroad is also Ivanka's husband Jared Kushner, who serves as a shadow diplomat in Trump's administration and has been nominated to attempt to broker a peace deal between Israel and the Palestinians. Ivanka and Jared are both orthodox Jews and were reportedly granted special permission to board the Air Force One on Friday when the US president left the US for the nine-day journey.