Unrelated to the Trump-Russia scandal, the Knesset established new rules to keep secret information inside its committee walls. 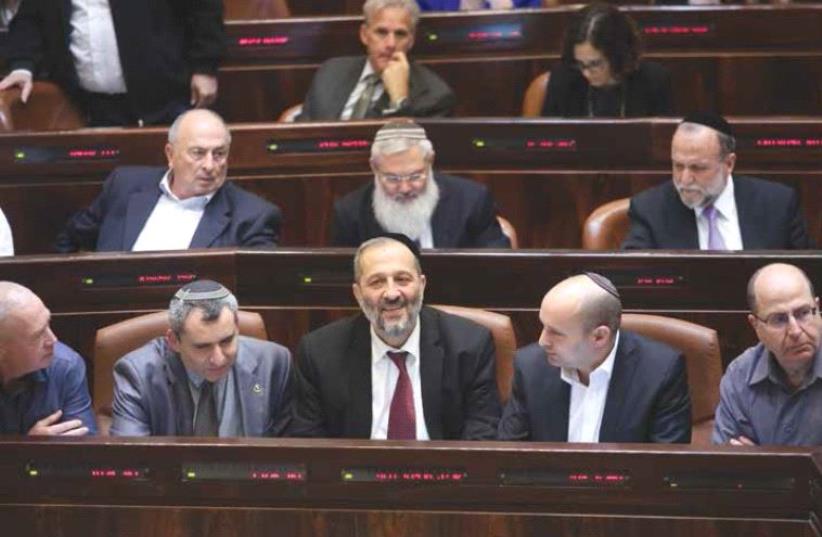 MKs at the Knesset
(photo credit: MARC ISRAEL SELLEM)
Advertisement
The Knesset House Committee established new rules Wednesday meant to reduce the amount of confidential information leaked from the legislature's committees.Though the meeting took place as Israel dealt with the fall-out from reported leaks of top-secret intelligence it provided to the US by US President Donald Trump to Russia, the timing was coincidental, as the meeting had been planned in advance and was the continuation of past discussions of the matter.The House Committee unanimously voted to make it an ethics violation for Knesset members to reveal secret or top secret information they receive as part of their job.Repeated ethics violations could lead to an MK being suspended from the Knesset and his or her salary being docked.In addition, the committee unanimously voted to ask MKs to sign a declaration that they will "keep the confidentiality of the secret information [they] will be exposed to in the framework of [their] activities in this committee and its subcommittees."The lawmakers cannot be required to keep their promise due to their broad parliamentary immunity, but the document is meant to serve as a reminder.