“When foreign countries fund NGOs acting against IDF soldiers, it needs to be investigated.” 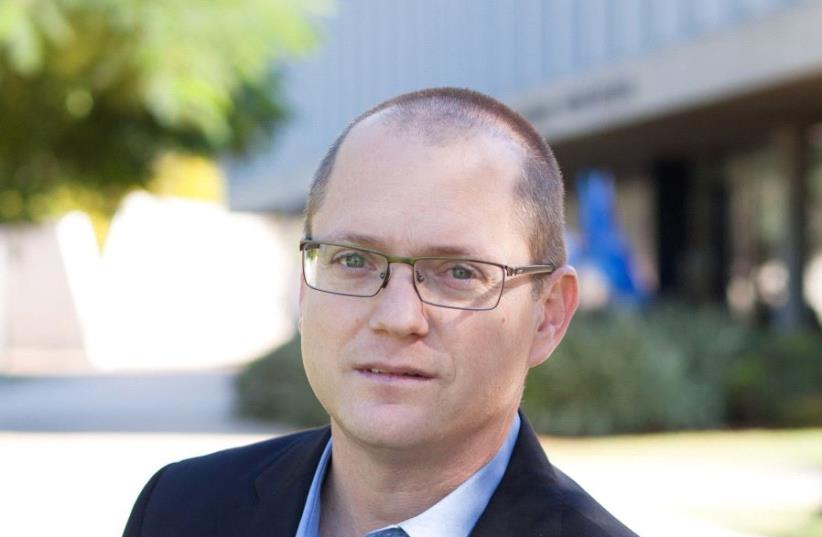 MK Oded Forer
(photo credit: JEREMY JEFFER)
Advertisement
The first step toward the Knesset establishing a parliamentary commission of inquiry into foreign government funding of NGOs is set to take place on Wednesday.Yisrael Beytenu MK Oded Forer plans to put forward a motion to the Knesset’s agenda calling to establish the committee looking into “the involvement of foreign governments in the funding of political organizations and activities to harm IDF soldiers,” after the coalition agreed to do so last week.If the Knesset votes in favor of the motion, it will go to the Knesset House Committee, which will hold a vote on whether to establish the committee or not. The coalition has yet to decide who would lead the commission of inquiry, and only plans to do so if the motion is accepted.“When a foreign country promotes its interests through NGOs, it needs to be looked into,” Forer said on Tuesday.“When foreign countries fund NGOs acting against IDF soldiers, it needs to be investigated.”Forer added that foreign governments wouldn’t want Israel to intervene in their internal affairs or influence the lives of their citizens.“There is nothing wrong with receiving donations, but a parliamentary commission of inquiry is necessary to examine who stands behind NGOs that act against IDF soldiers,” he said.The Yisrael Beytenu MK is bringing the motion to a vote despite the position of Knesset Legal Adviser Eyal Yinon that the topic of the inquiry goes beyond the Knesset’s authority, saying that it is an “ideological clarification,” and suggesting that laws be passed to deal with the problem, instead.There are transparency laws already in place for foreign government-funded NGOs, and the coalition hopes to pass more laws banning such donations to political organizations.Another initiative Tourism Minister Yariv Levin, whom Prime Minister Benjamin Netanyahu tasked with dealing with this issue, is working on, is legislation banning outright any organization that seeks to put IDF soldiers on trial in foreign tribunals.In a position paper, right-wing organization Im Tirtzu outlined its defense of the idea of a commission of inquiry and what it should investigate.According to Im Tirtzu, “There is no parallel in the world to such a twisted relationship between countries that are supposed to be allies, like the case of Israel and Europe.“In a democracy, organizations have the right to have and promote extreme, anti-Zionist positions, but it is not legitimate that foreign countries use foreign organizations to trample Israel’s sovereignty, thus harming Israeli democracy... European states allow themselves to behave toward us in a way they wouldn’t toward each other as part of an old, colonialist view that sees Israel as its protectorate,” the paper reads.Im Tirtzu called on the committee not to focus solely on NGOs activities, but rather look at the funding itself, regardless of the political positions of the recipients.As such, the organization called on the commission of inquiry to invite ambassadors from all foreign states that donate to political NGOs and ask them how much money they give to the organizations and how, for what purpose, who makes the decision and more.The report also includes the publicly available information on how much 28 far-left NGOs have received from foreign political entities since 2012, which adds up to a total of NIS 252,538,756.Some of the report relies on data from think tank NGO Monitor, which focuses on foreign funding for organizations, but has come out against partisan political moves on the issue. Instead, NGO Monitor President Prof. Gerald Steinberg advised lawmakers to talk to their European counterparts to come up with funding guidelines.One of the organizations the coalition specifically mentioned when agreeing to form the commission of inquiry is Breaking the Silence, which collects testimony from IDF soldiers claiming war crimes.When the initiative was announced, Breaking The Silence said it was not Netanyahu’s first attempt “to silence soldiers who have chosen to speak out.”“Incitement and persecution are the obvious refuge of a floundering Prime Minister in the midst of criminal investigations,” the organization added. “If Netanyahu is interested in an official parliamentary inquiry, he should begin with a committee that investigates how he is harming and sacrificing Israel’s security, diplomatic and democratic assets on the altar of his political survival.”