ASPCA: As mayor of ‘vegan capital of world,’ Huldai should have been more compassionate 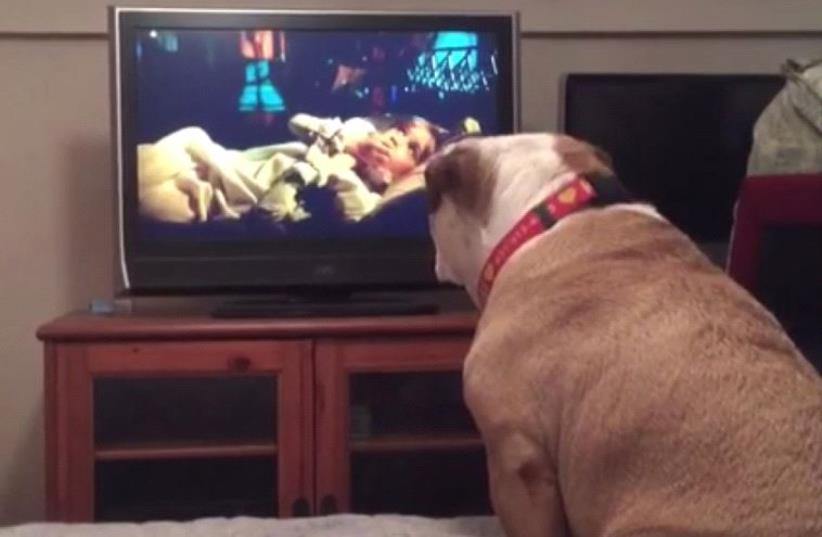 Dog watches horror movie
(photo credit: Courtesy)
Advertisement
Tel Aviv Mayor Ron Huldai came under fire from Israel’s Society for the Prevention of Cruelty to Animals as well as other animal advocacy NGOs on Thursday after recently boasting that he ate “very tasty” dog on a recent trip to Vietnam.Huldai, who has been mayor since 1998, rationalized consuming the controversial food by asking: “Why is it okay to eat shellfish as well as chickens, but not a dog?” According to SPCA Israel spokesman Gadi Vitner, the answer is plenty.Noting that Tel Aviv is considered by many to be the vegan capital of the world, Vitner said Huldai’s actions compromise the city’s compassionate image.“I think that what the mayor did is very sad, and I don’t know why he said that, because Tel Aviv is the center for vegans in the world,” said Vitner.“And I think that when the mayor is talking about eating dog he is hurting the feelings of a big group of people – not only vegans, but all animal lovers.”“It’s not okay to eat your friends,” Vitner continued. “If he wants to eat cow or dog, that’s his problem, but it’s not appropriate to talk about it because he should give a message of humanity and not cruelty to animals.”While Vitner conceded that vegans cannot force their practices on carnivores like Huldai, he nonetheless asserted that the city’s primary ambassador should be more cognizant and sensitive about animal cruelty.According to the Tel Aviv Municipality, the mayor ate the dog out of “politeness” while visiting a farming family that served the food in their home.“This is a case in which Huldai was hosted by a Vietnamese peasant family, who invited him to their home and gave him what little they had, which obliges the guest to eat politely,” the municipality said in a statement.Huldai said he also consumed termites during his stay in Vietnam.In response to the dog disclosure, the animal advocacy group Challenge 22+ condemned the mayor and asked him to join its 22-day vegan diet plan.“Eating a dog horrifies us because we all know dogs and know that just like us they are happy and missed, loved and hurt – but it is important to remember that there is no fundamental difference between the slaughter of a dog and the slaughter of a chicken,” the NGO said in a statement.“It is assumed that because we slaughter chickens, the blood of dogs is also permissible, when in fact the opposite conclusion is true: As we are shocked by the killing of a dog for food, we must also apply the same scale of values to the miserable hen on our plate.”The NGO added: “As mayor of the capital of world veganism, we invite Mr. Huldai to experience nature for 22 days in an enjoyable atmosphere in the free project Challenge 22+.”Huldai has yet to respond to the challenge.