"It was a miracle that he came out of this," says father of man who miraculously survived Wednesday night's attack. 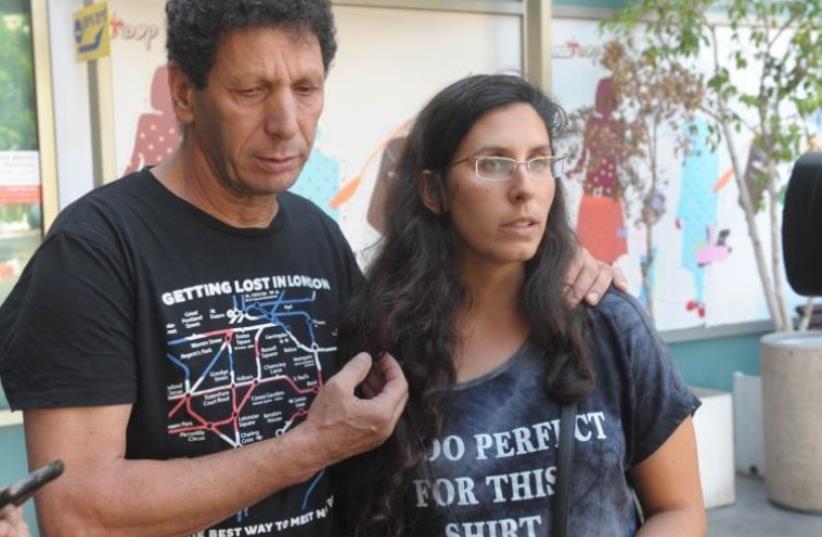 Avner Bar and Dana Cohen, the father and sister of Tel Aviv terror shooting victim Asaf Bar
(photo credit: AVSHALOM SASSONI)
Advertisement
Among all the tragic accounts that emanated from Wednesday night's deadly terrorist shooting in central Tel Aviv, there was one that resulted in a miracle. Asaf Bar, one of the wounded victims in the attack by two Palestinians at the upscale Sarona market, narrowly escaped the harrowing experience with his life intact.  Bar and his girlfriend were sitting at the Max Brenner cafe when the nearby terrorists opened fire in their direction. Bar was shot in the head and wounded, but he miraculously survived and stayed conscious throughout the terrifying events. Bar's father, Avner, and his sister, Dana, spoke to Israeli media and recounted his ordeal."Asaf was sitting there with his girlfriend. They were there eating a breakfast meal, and the perpetrator, the first thing he did was to shoot two bullets at Asaf," they said. "I feel like [my] boy is here as a gift from God," he father marveled. "He spoke to us now, he can move all his body parts. One bullet remains in his head and the other was removed," Bar's father said, praising the medical staff who treated his son. Avner Bar said that his son had been conscious the whole ride to the hospital, and that his girlfriend had called to notify his family, who then rushed from Haifa to be with Asaf. "[Asaf] saw the two terrorists and they were laughing. In his description he said they were wearing suits - this was at the table next to them," the father said of his son's account. "In photographs [the terrorists] are seen getting up, taking a step, and aiming a gun half-a-meter away from Asaf.""It was a miracle that he came out of this," Avner Bar underlined. "In our reality this can happen, and it is clear that the solution is a diplomatic one, but until a two-state solution happens we need to protect our children. The family had already been recovering from another recent tragedy, when Asaf's mother passed away in the last month. The family had just finished sitting shiva two weeks ago. "He (Asaf) was just starting to live his life again when something like this happens," Avner conveyed.Avner Bar expressed his disdain when asked about his thoughts on one of the terrorists who was being treated by an Israeli hospital, under Hippocratic oath."This is a joke. He needs to be taken care of, and not in this manner."Jpost.com Staff contributed to this article.