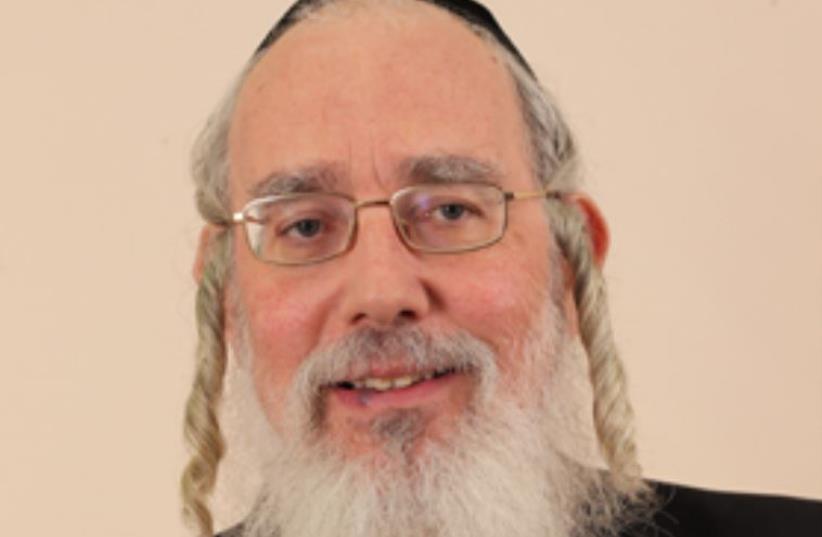 Israel Eichler
(photo credit: WWW.KNESSET.GOV.IL)
Advertisement
United Torah Judaism MK Yisrael Eichler has introduced a bill to limit the number of women on the rabbinical judges appointments committee, claiming the current law discriminates against men.The bill had been scheduled for a hearing in the Ministerial Committee for Legislation on Sunday, but debate was postponed to a later date.There are currently four women on the committee out of nine current members, although two rabbis from the Supreme Rabbinical Court will shortly be added to the panel.In 2013, a law was passed guaranteeing at least four women are elected to the committee.The proponents of the law, MKs Aliza Lavie (Yesh Atid) and Shuli Moalem-Refaeli (Bayit Yehudi), argued at the time that women had far too little representation on the committee given the great impact and influence the rabbinical courts have over the fate of divorcing women. Since both chief rabbis and two judges from the Supreme Rabbinical Court have automatic places on the committee, all of whom must be men, the law sought to give four reserved seats on the committee to women.The Knesset, the government and the Israel Bar Association each select two committee representatives for the panel, and Lavie and Moalem’s law stipulates that each of those bodies must select at least one woman for the committee.In addition, the law requires that a female rabbinical courts advocate must be a member of the committee as well.The purpose of the legislation was to guarantee more places on the committee for non-haredi members in order to give greater influence to liberal voices on the panel, so as to install more creative and flexible rabbinical judges in the rabbinical courts.Eichler’s bill would, if enacted, prevent the Knesset, government and Israel Bar Association from selecting two women each and states that at least one man and one woman be appointed by these three bodies.This would lock in an automatic seven to four majority of men to women in the panel.“This bill is a disgrace, it is deceptive, and distorts reality,” Lavie said of the proposed legislation.Attorney Batya Kehana-Dror, director of the Mavoi Satum women’s rights group, wrote to Justice Minister Ayelet Shaked and the chair of the Ministerial Committee for Legislation seeking to block the bill. “Eichler’s law contravenes the Basic Law: Human Dignity and Freedom,” Kehana-Dror said.