Modi to put spotlight on Indian military cemetery in Haifa

Considered to be the last major cavalry campaign in military history, the 1918 battle will be honored by Indian Prime Minister Narendra Modi. 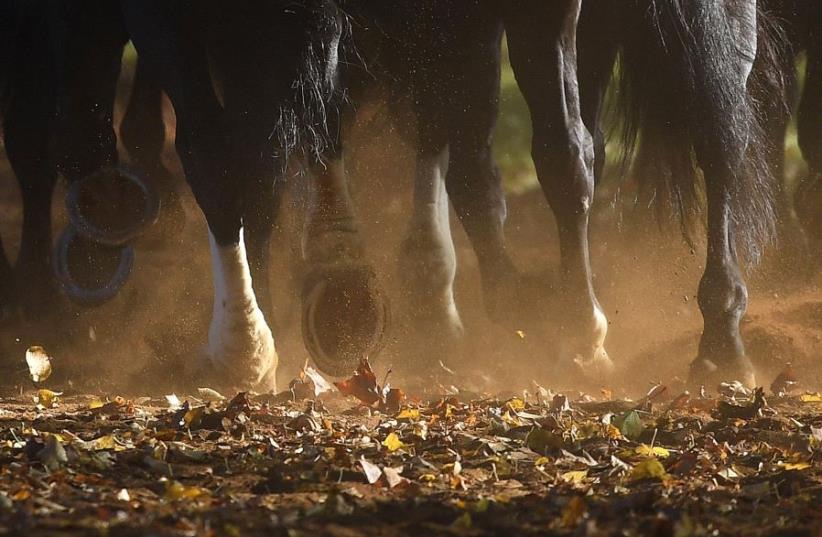 Members of the Household Cavalry ride out amongst autumn foliage early morning in Hyde Park in London in Britain, November 2, 2016.
(photo credit: REUTERS/TOBY MELVILLE)
Advertisement
When world leaders come to Israel for the first time, they all visit Yad Vashem, most visit some technology- related firm or exhibition, and some go to the Israel Museum. US President Donald Trump went to the Western Wall.Almost no one goes to the Indian military cemetery in Haifa.That, however, will change Thursday, when Indian Prime Minister Narendra Modi will visit the site on his last day in the country and, for a few minutes, put the 1918 Battle of Haifa in the minds of some Israelis.Modi mentioned it on Wednesday, during statements he gave following his meeting with Prime Minister Benjamin Netanyahu. Netanyahu will accompany him to the cemetery.“Around 150 kilometers from here, there is a slice of history in the city of Haifa in Israel that is very dear to my country,” Modi said while in Jerusalem. “This is the final resting place for 44 of the Indian soldiers who sacrificed their lives during World War I to liberate the city.”Those who fell, both Hindu and Muslim, fought with the British here in World War I against the Ottomans.On September 23, 1918 – a day commemorated by the Indian Army as Haifa Day to commemorate the Indian soldiers who fell fighting to liberate Haifa – elements of the Indian Cavalry Units fought under the command of Gen. Edmund Allenby.Indian mounted cavalry units captured Haifa, which was a fortified town, in a daylight cavalry charge.The Indian Express, which wrote about the battle earlier this week, said that “the victory was even more special as the Indian soldiers were armed only with lances and swords while the Turks had in their possession advanced artillery and machine guns. The Indian troops displayed exemplary cavalry skills and valor during what was considered to be the last major cavalry campaign in military history.”