Most influential Jews in law 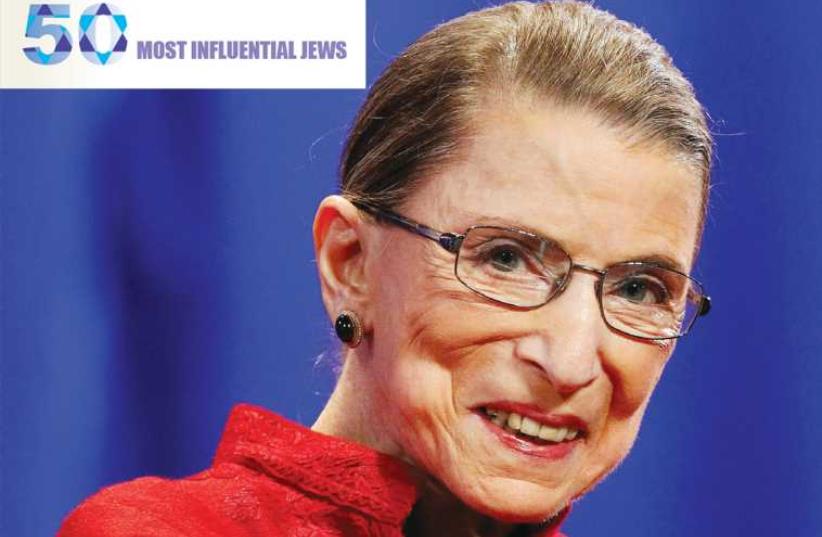 Ruth Bader Ginsburg
(photo credit: REUTERS)
Advertisement
The Jerusalem Post has put together its annual list of '50 most influential Jews' who have impacted the world last year, and have the potential to affect change in years to come. Ruth Bader Ginsburg
The US Supreme Court justice takes off the glovesIn her recent photo for Time Magazine’s 100 most influential people, US Supreme Court Justice Ruth Bader Ginsburg raised eyebrows by donning black fishnet gloves, which she placed around her mouth in a pose reminiscent of Dr.Evil from the Austin Powers movies (albeit with a friendlier and less sinister smile).While this photo stirred conversations and may inspire a new ice cream flavor, the more important development was when Ginsburg “took off the gloves” last week and, according to some, “eviscerated” same-sex-marriage opponents in court.Known for a strong wit and a readiness to write fiery dissents directed at the court’s majority conservative group, Ginsburg walloped lawyers fighting same-sex marriage, firmly placing the rights of homosexuals as a civil rights and discrimination issue in a much more unapologetic way than anyone from the court had to date.One of her previous high points was writing the majority opinion compelling the Virginia Military Institute to open its doors to women in 1996, despite its argument that the type of “adversative” and physical training it used was unsuited for women. The move capped her career as one of the US’s leading gender rights advocates.Another famous act was her dissent in Bush vs Gore, a case that effectively handed George W. Bush the US presidency in 2000 in a razor-thin election with allegations of improprieties in the voting process in Florida. Ginsburg slammed the majority of the Supreme Court as improperly interjecting itself into a local state issue when, in a 5-4 decision, it favored quick finality for the 2000 election and overruled a Florida State Supreme Court decision to have a recount of the votes.Ginsburg, 82, was appointed to the court in 1993. Having suffered significant health problems, she has regularly been in the news since US President Barack Obama was reelected, with many Democrats pressing her to retire before he leaves office to ensure she is replaced by a liberal with similar values.She has rejected these recommendations out of hand, claiming that she is certain a Democrat will win the White House in 2016 and that she desires to stay in the game as long as she can.She was recently on the winning side of a narrow 5-4 ruling that struck down as unconstitutional an Alabama decision to redistrict based on race. She was also part of a 9-0 decision declaring it unconstitutional for a prison to restrict Muslim inmates from growing beards for security reasons.In the upcoming term, she will cast votes with the court on a range of blockbuster issues such as same-sex marriage, the fate of Obama’s major signature healthcare policy, and the much-followed Zivotofsky case regarding whether Americans born in Jerusalem can write “Israel” as the country of birth on their passports.Miriam Naor
Setting the tone for Israel’s legislature 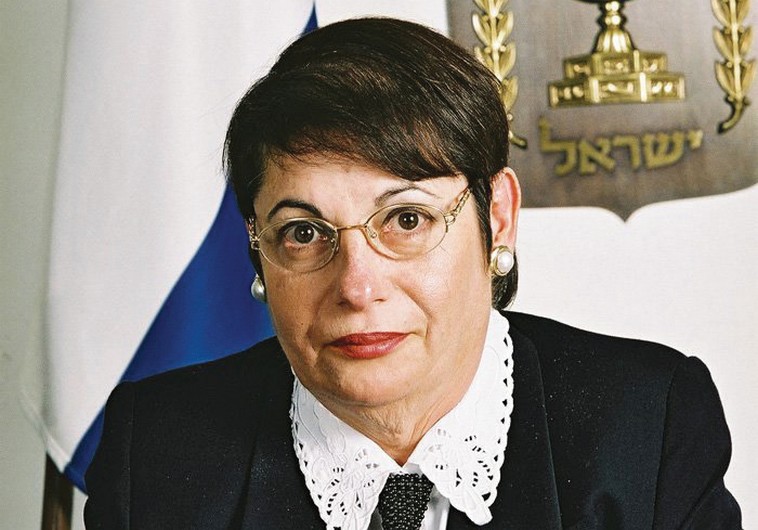 As Supreme Court president, Miriam Naor is one of the most powerful women in Israel.Naor not only leads and sets the tone for one of the three main branches of the state’s government, she is often the key swing vote on the court – as someone who is not obviously identifiable with a particular political camp, and whose votes regularly throw off analysts’ expectations.No one places her firmly as a follower of Aharon Barak, one of her predecessors and the symbol of the more activist and interventionist judicial school in Israel. But by the same token, no one places her clearly as a follower of outgoing Supreme Court president Asher D. Grunis, the symbol of formalism and limited judicial intervention, either.In the line of major decisions the court recently made about the Anti-Boycott Law, confiscation of Palestinian land in east Jerusalem, Palestinian prisoner rights, confiscating Beduin land in the South and others, she was in the majority in every ruling – most importantly, the split rulings.With a stroke of her pen, she can change the law of the land.On the horizon, Naor and her Supreme Court colleagues will be deciding a third round of whether the state’s detention-focused migrant policy is constitutional, whether to eliminate mandatory retirement, the constitutionality of the law for drafting haredim into the IDF and other far-reaching cases.One panel in the public eye she is not on relates to the appeals of former prime minister Ehud Olmert of his convictions, in which many justices recused themselves.Naor was born in 1947, which at age 67 gives her slightly less than three years leading the court. She was appointed as a Jerusalem Magistrate’s Court judge at the nearly unheard-of age of 33 in 1980; Naor was the youngest judge in Israel at the time.Later, as a district court judge, Naor made a name for herself in convicting and sentencing Shas Party founder Arye Deri and sentencing the heads of a number of banks to prison, with heavy fines for economic crimes.She has been on the Supreme Court since 2000.