Nagel: War with Iran not around the corner

“Don’t run so far away,” Nagel said, when asked whether Trump’s decision increased the likelihood of war. “No one wants a war. Usually wars happen because of misunderstandings." 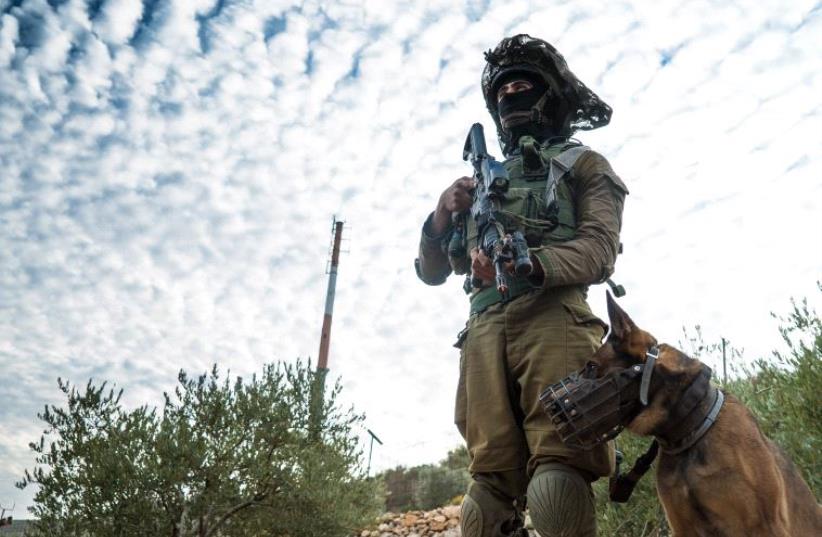 An IDF soldier with canine.
(photo credit: IDF SPOKESMAN'S OFFICE)
Advertisement
War with Iran is not imminent, former national security adviser Yaakov Nagel said on Wednesday.Nagel’s comments in a conference call sponsored by the Israel Project came a day after US President Donald Trump pulled Washington out of the Iranian nuclear agreement and amid Israeli concern and expectation of an Iranian revenge attack as “repayment” for alleged Israeli actions in recent months against Iranian positions in Syria.“Don’t run so far away,” Nagel said, when asked whether Trump’s decision increased the likelihood of war in the Middle East. “No one wants a war. Usually wars happen because of misunderstandings, because people are talking about war too much.”Nagel said that neither Iran, the US nor Israel wants a war. He added that Iranians know full well Israel’s capabilities, and its willingness to defend itself. “In the final analysis there will not be a war, but if someone will try to test us, unfortunately [they] will have to understand what we can do.”The Iranians, he said, “understand that we are ready to defend ourselves and retaliate if we are forced to do so,” he said.Regarding Israel’s decision on Tuesday evening to open the bomb shelters on the Golan Heights, Nagel said this was simply a reaction to intelligence reports that there were unusual movements by the Iranians inside Syria.“It is very good to be cautious,” he said. “Opening the shelters does not change the normal behavior of people – they continue to go to school and the supermarkets – and I think if there is a chance that someone will mistakenly try to fire missiles against us, we are taking all the precautions and measures needed.”He said that the order to open the shelters was one of those precautions, others being the decision to place the IDF on higher alert, and “making sure that our very good ballistic defense system are ready to do their job.”Nagel, who for years was actively involved in Israel’s diplomatic efforts against the nuclear deal agreed upon by former US president Barack Obama in 2015, praised Trump for his leadership in withdrawing from the accord. He said that the Europeans, who criticized Trump for the move, will eventually fall into line behind the reimposition of sanctions, if only because they will have to decide whether they want to do business with the US, or with Iran.Nagel cautioned patience, however, saying that it will take time for a reimposition of the sanctions and for a translation of the policy Trump articulated Tuesday night into operative steps.“It will take time, it will take patience, but the world should understand we are in a new situation and in a new era regarding the Iranian nuclear program,” he said.