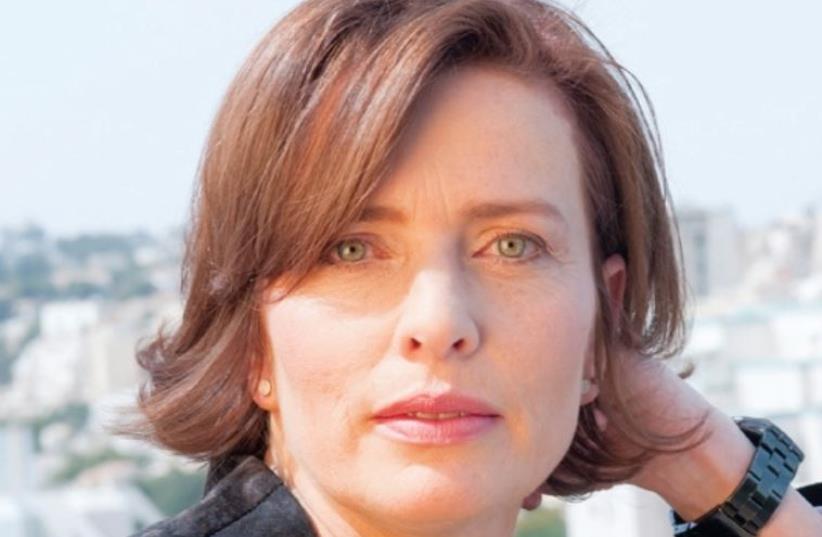 Haifa mayor Einat Kalisch- Rotem.
(photo credit: TZACHI OSTROVSKY)
Advertisement
Prime Minister Benjamin Netanyahu promised to prevent the appointment of veteran Arab activist Raja Za’atra as Haifa deputy mayor, warning that he was a proponent of terrorist groups.Netanyahu told the cabinet on Sunday morning that he spoke to Haifa mayor Einat Kalisch-Rotem and told her the appointment to the taxpayer-funded, salaried post was unacceptable.“I asked her to cancel the appointment of a deputy mayor who supports Hezbollah and Hamas, who declare that their goal is to destroy the State of Israel,” Netanyahu said. “This is unthinkable, and what is unthinkable will not happen. I am sure of it.”Kalisch-Rotem responded that she is obligated to make the appointment by the coalition agreement she signed with the Hadash party headed in the city by Za’atra, just as she could not dictate to Yisrael Beytenu leader Avigdor Liberman who would be deputy mayor on his party’s behalf.Interior Minister Arye Deri (Shas) also took steps over the weekend to prevent the appointment of Za’atra. His ministry is conducting an official probe of Za’atra’s past before proceeding.Za’atra responded forcefully by condemning Netanyahu and Deri and vowing to outlast them both in politics.“I am not a member of Hamas or Hezbollah,” he said. “The real danger does not come from Haifa city hall but from Balfour Street in Jerusalem (Netanyahu’s official residence). When I will be deputy mayor, it is likely that Netanyahu and Deri will already sit in jail. Netanyahu and his government are trying to distract the public.”Za’atra said that even if he was blocked from receiving a salaried position, he would still be deputy mayor and serve residents “better than the knights of political cleanliness, Arye Deri and Dr. Yair Lapid,” who also called for his appointment to be stopped.The controversy over Za’atra started when he compared Zionism to ISIS at a political debate organized by the Bar-Ilan University’s student union during the 2015 election campaign, when he was the spokesman for the Joint List.“Where do you think Daesh [Islamic State] learned these things?” he asked. After someone in the audience responded with “From you!” Za’atra continued: “Look for what the Zionist movement did in 1948. The rape, the looting, the murder... The exact same things.”The Makor Rishon website revealed last week that Za’atra had expressed support on his social media pages for Hezbollah, Syrian President Bashar Assad and North Korea. He has also posted comparisons between Zionism and Nazism, and compared former defense minister Liberman to Nazi leader Adolf Hitler.