The deputy mayor is suspected of advancing real estate-related projects for contractors in return to money. 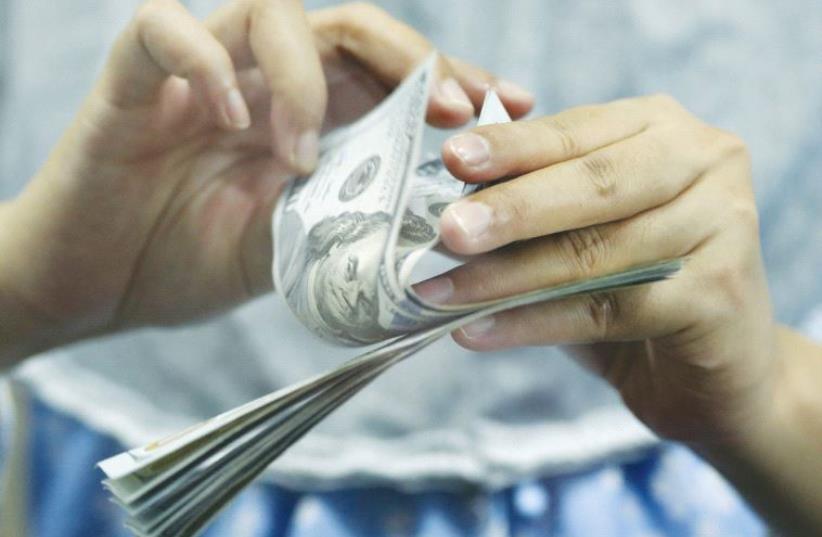 RUMORS OF corruption are a problem rabbis must face
(photo credit: REUTERS)
Advertisement
Police arrested Netanya Deputy Mayor Shimon Sher Tuesday on suspicion of bribery, fraud and breach of trust.Sher was questioned at the Lahav 433 anti-corruption unit headquarters in Lod in the morning, and later the Rishon Lezion Magistrate’s Court extended his remand until Friday.He is suspected of advancing real estate-related projects for contractors in return to money.Earlier on Tuesday, detectives of the National Fraud Unit raided Sher’s home to confiscate documents that could link him to the alleged offenses. Following that raid, he was taken to the unit’s headquarters in Lod.Sher was arrested in September 2016 during the investigation against Mayor Miriam Feirberg- Ikar. Reports hold that the allegations against Sher in this case are new, and are not related to those in the Feirberg-Ikar case.Recently Sher returned to his position as the head of the Committee for Planning and Construction in Netanya, after he had been suspended due to the investigation.In the Feirberg-Ikar case, in which senior officials from the Netanya Municipality were arrested, Sher’s name was linked to offenses related to corruption and ethical offenses.In March 2017, police recommended the indictment of Feirberg-Ikar after a monthslong investigation into alleged real estate bribery, breach of trust and money laundering.According to a statement by Lahav 433, police found incriminating evidence that the mayor, along with her ex-husband, Eliyahu Feirberg, and son Tsafrir Feirberg conspired with lawyer Avraham Gogig and Netanya real estate developers to further their private interests.The statement said the mayor is believed to have rezoned land for HPT – Development & Infrastructure Ltd. of the DEL Engineering group in exchange for a stake in the property.Eliyahu Kamisher contributed to this report.