“I do not avoid dealing with the mistakes I made, and by the way, they are not few, both personally and professionally,” Olmert said. 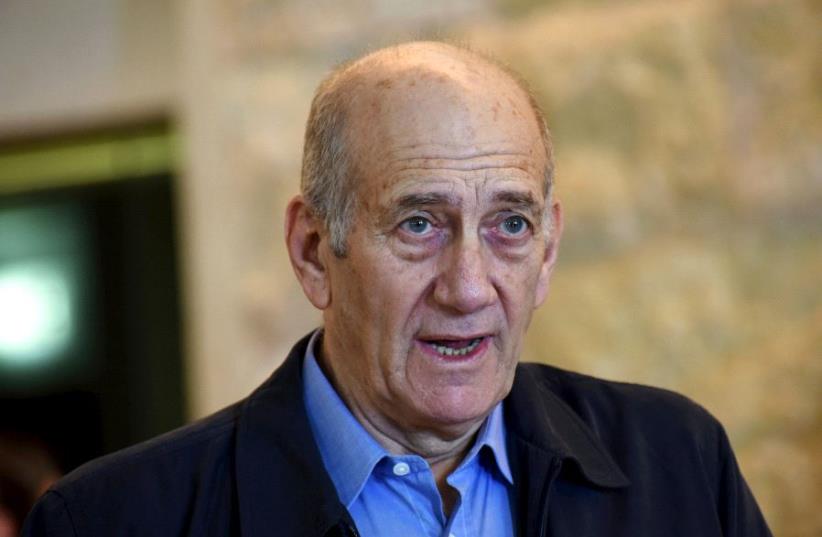 Ehud Olmert
(photo credit: REUTERS)
Advertisement
Former prime minister Ehud Olmert, in a tape revealed Saturday night to Channel 10, admitted making mistakes, in his first public comments since he was released from prison on July 2 after serving 16-and-a-half months for bribery.Olmert was speaking to a group of retired bodyguards ahead of the forthcoming release of a book he wrote mostly in prison. When he was writing the book in prison, its manuscripts were briefly confiscated from its publisher due to alleged security violations.“I do not avoid dealing with the mistakes I made, and by the way, they are not few, both personally and professionally,” Olmert said. “I cannot avoid them and I speak of them in the book. I don’t let anyone off the hook, including myself.”The former premier hinted at interest in making a political comeback when he told the crowd that he knew how to prioritize Israel’s needs better than its current leaders. But Olmert is prohibited by law from running for office for the next seven years.He said in the speech that during his tenure as prime minister (2006-2009), he had to make many difficult decisions that he believes improved Israel’s security in retrospect, singling out the Second Lebanon War.“Thank God, there has been quiet in the North for 11 years,” Olmert said. “I do not think there has been any other military operation on any front that led to such lengthy quiet.”A source close to Olmert told The Jerusalem Post on Saturday night that the book was complete but was still waiting final approval by the IDF censor before it could be published.“The timing does not depend on us,” the source said.