Israeli illusionist Uri Geller "felt intuitively" that there was something significant hidden beneath a pile of refuse at the ancient building where his museum is under construction in Jaffa.

Uri Geller Museum and Ottoman-era soap factory (Credit: Shipi Shtrang)
Advertisement
Israeli illusionist Uri Geller “felt intuitively” there was something significant hidden beneath a pile of refuse at the ancient building where his museum is under construction in the Old City of Jaffa.Whether or not one believes that the spoon-bending Geller has supernatural powers, based on that hunch, archaeologists proceeded to uncover a soap-manufacturing factory dating back to the 19th century.“Our work on the museum required, among other things, that we rewire the electricity in the ancient building,” Geller said, explaining how several large chambers were uncovered before the discovery of the soap factory. “When the [Electric Corporation] began working on the structure, in tandem with inspectors from the Antiquities Authority, we were amazed to uncover a large chamber with molded recesses.” 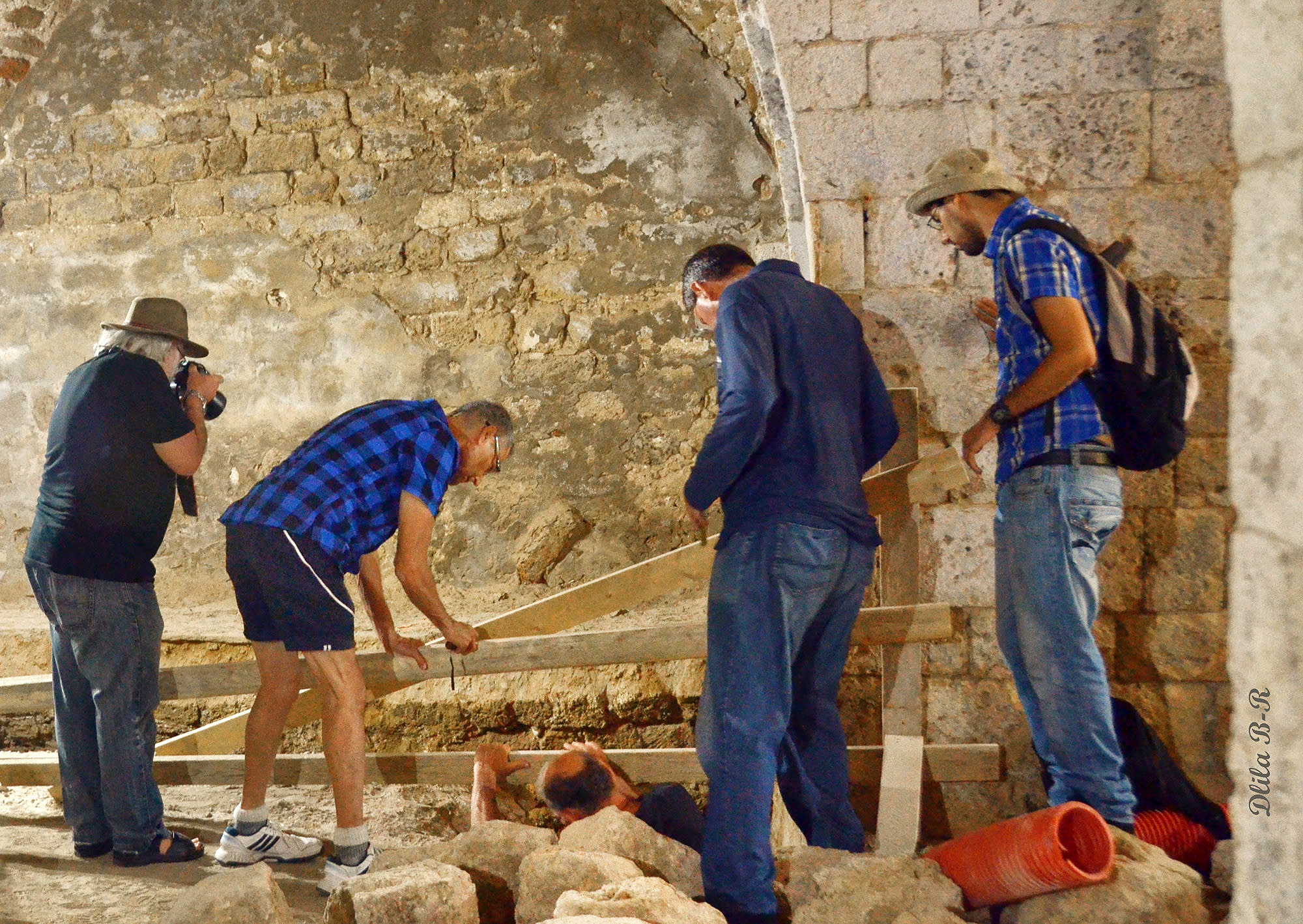 The archeologists and Geller observing the soap factory as it is being uncovered. (Dlila Bar-Ratson) “This previously unknown factory, whose original ownership remains unclear, is the second of its kind to have been discovered in Jaffa,” said Dr. Yoav Arbel, an expert on Jaffa with the Antiquities Authority. “The site was well preserved and included troughs for mixing raw materials for the soap, a large cauldron, a hearth, water cisterns and underground vaults that were used for storage. This find allows us to reconstruct the manufacturing process, and to draw comparisons with similar factories where the traditional manufacturing process has been perpetuated to this very day.”According to the Antiquities Authority, the soap factory has almost identical equipment to the Damiani Family Masbena, another soap factory which was active in Jaffa until 1948.The Antiquities Authority explains that soap made in the region, as recorded back to the 10th century, and was unique in that it was made from olive oil, as opposed to European soap, which was made with pig fat – a substance shunned by Muslims and Jews. 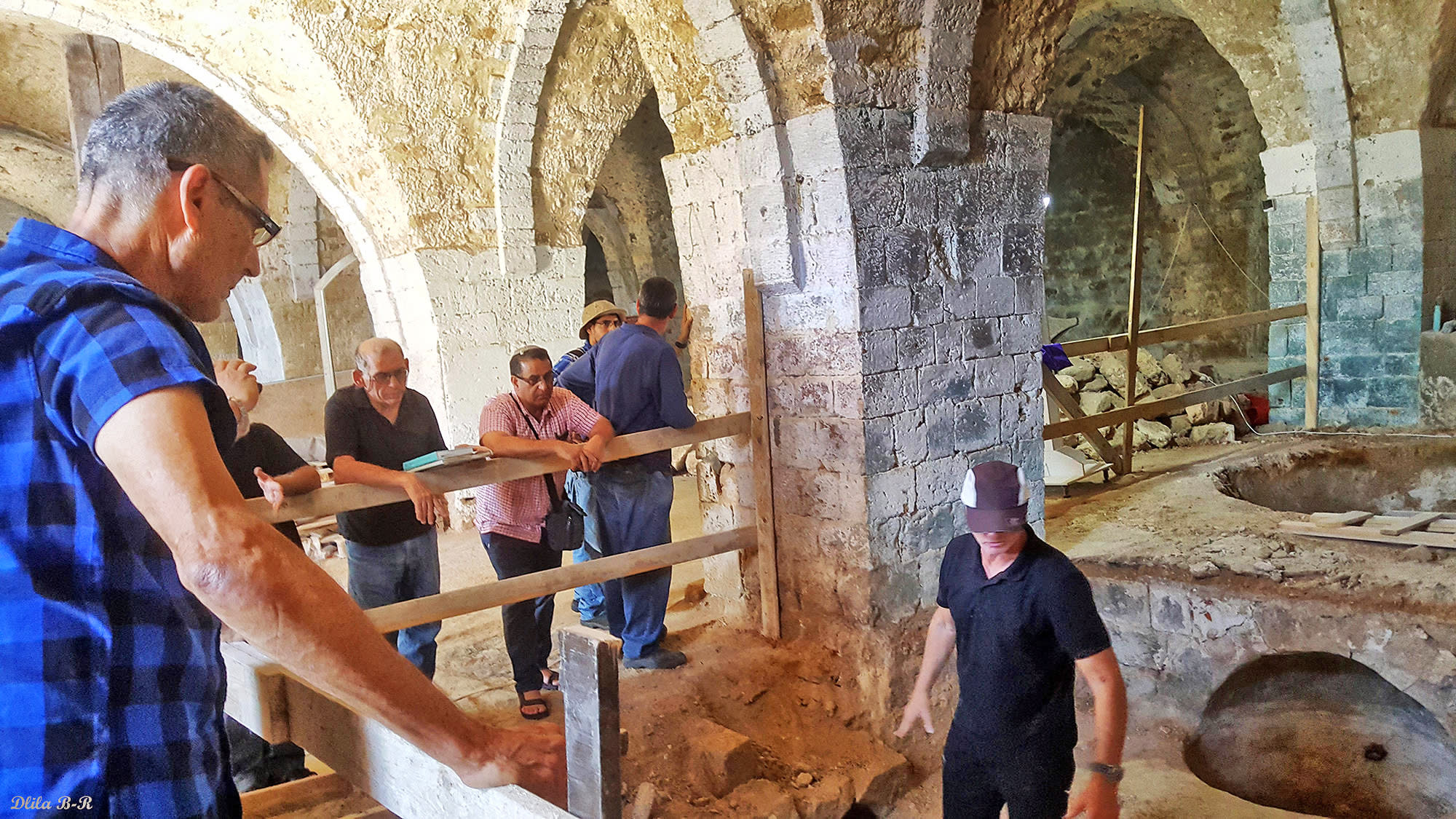 Dr. Yoav Arbel of the Israel Antiquities Authority, explains Geller how soap was manufactured in the 19th century. (Dlila Bar-Ratson)The production center was in Nablus, a town with abundant olive groves and where two traditional soap factories operate today. Soap was also manufactured on an industrial scale in Jaffa, Jerusalem, Gaza and Lod.The soap factory utensils will be put on display at the Uri Geller Museum when it opens next year on 7 Mazal Arieh Street.“The Uri Geller Museum will exhibit unique items and gifts that I collected and received over the years from notables, such as Salvador Dali, Pablo Picasso, Albert Einstein and others,” Geller said. “It will feature a Cadillac that was covered with around 2,000 spoons that had belonged to famous people, most of which I bent with my mind, and others which I obtained at auction.”The vehicle was previously exhibited at the Israel Museum and other museums in the United States and Europe.