Personality politics: Politicians do better than parties on social media 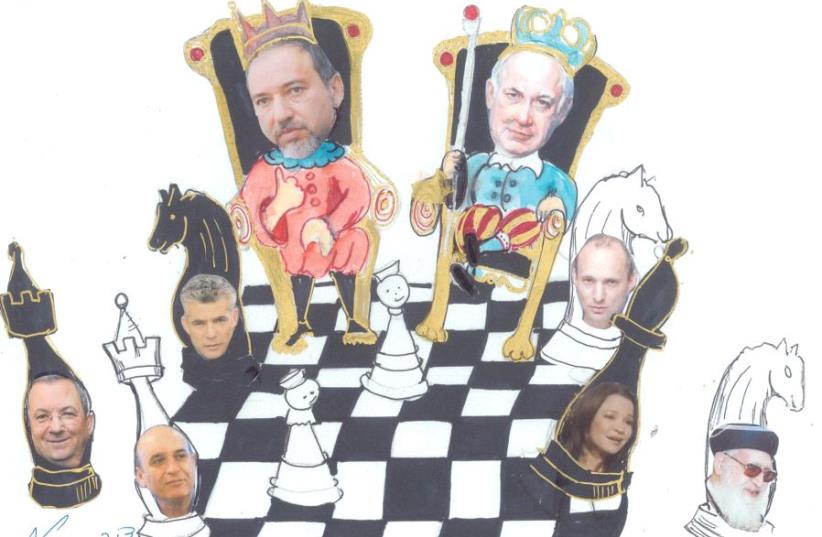 Politicians provided some fun raw material for the 2013 Adloyada
(photo credit: ELI NEEMAN)
Advertisement
Individual politicians have a much stronger social media following than their parties, a study by Prof. Gideon Rahat and Avital Friedman of the Israel Democracy Institute found.According to the study, MKs average 11 times the engagement rate of their parties. This trend is also reflected in the median, which shows the average is not skewed by a few outliers.For example, in Yisrael Beytenu, the average post by a Knesset member in the party gets 87 times the engagement of the party’s Facebook page. Joint List lawmakers get 113 times the engagement of their faction’s page.Joint List leader Ayman Odeh is the party leader with the largest gap between his own posts and those of his party’s page, and Defense Minister Avigdor Liberman of Yisrael Beytenu comes in second place.Prime Minister Benjamin Netanyahu only came in third, with 70 times the engagement of the official Likud Facebook page.Yesh Atid is the party with the greatest online presence, with its posts generating an average of 590 reactions. Despite having only five seats in the Knesset, Meretz came in second place, with an average of 587 interactions per post; the party also has the greatest amount of followers.Yisrael Beytenu and the Joint List came in the last two places, with an average of 16 and 11 responses, respectively; the low engagement may be a result of many of their voters being more likely to look at pages in Russian or Arabic.The Likud has by far the most active Facebook page as far as official posts are concerned, with 474 published, followed by Zionist Union with 125. The Bayit Yehudi page is the least active, with only five posts.Shas and UTJ were not included in the study, as they do not have official Facebook pages.