Will Netanyahu's coalition negotiations go down to the wire?

POLITICAL AFFAIRS: There is no set format or strategy for coalition negotiations, but Netanyahu over the years developed a clear modus operandi. This time, it might not be working.

They say that a cat has nine lives, and although Likud chairman MK Benjamin Netanyahu is a dog person, his feline qualities were on full display this week.

On Sunday Netanyahu was awarded the mandate to form a government for the ninth time, and by a fourth Israeli president. Out of his previous eight tries, he succeeded in forming a government in five of them – in 1996, 2009, 2013, 2015 and 2020.

At first, the negotiations this time around, which already began last week before the mandate was formally given, seemed to be a walk in the park. Netanyahu has three other parties that fully support him, are all right-wing, and all took part in his previous coalitions. But the talks quickly began to hit hurdles, stalled and now seem to be moving further away with every passing day.

It’s not that this round of negotiations is different from others in the past, but that our expectations were set so high in the first place. Coalition building is more complicated than it seems, according to a source familiar with Netanyahu’s previous coalition negotiations.

In order to gain insight into the intricacies of the process, The Jerusalem Post spoke to the aforementioned source and to a seasoned parliamentary negotiator, former Yisrael Beytenu MK Robert Ilatov.

The end product of coalition negotiations is a signed document between representatives of the largest party and representatives of each of the other parties, Ilatov explained. The document serves as a “road map” for the coalition’s activity in the upcoming term, and can range from matters of ideology to practical budget commitments or pledges to pass specific legislation by a designated amount of time after the government is sworn in.

It also, of course, divides and allocates the government ministries to each party leader, who then decides who to award them to within his or her party.

Netanyahu's strategy over the years

There is no set format or strategy for coalition negotiations, but Netanyahu over the years developed a clear modus operandi, according to the Likud source. It was what can be called the “staggered” method, in which he would attempt to sign agreements with the parties one by one. Netanyahu would entice a party to sign quickly and receive “first pick” benefits, in order to take that party away from the negotiating table and create a domino effect. This enabled him to divide and conquer – it prevented the other parties from teaming up against him in order to up their leverage, the source explained.

This strategy worked relatively well in 2009 and 2015, and partially in 2013, according to the source. In 2009 Netanyahu first signed agreements with the haredi parties, then with Yisrael Beytenu, and then he pivoted and brought Labor on as well. In 2015 he also signed first with the haredim, then with former finance minister Moshe Kahlon’s Kulanu Party, and finally with Naftali Bennett’s Bayit Yehudi.

In 2013, Netanyahu first brought Tzipi Livni’s Hatnua on board – but then hit a wall as Bennett and then-newcomer Yair Lapid created what came to be known as the “brother’s pact.” The two decided that neither would enter the coalition without the other and utilized this to score significant negotiation achievements while leaving the haredi parties out of the coalition.

Netanyahu’s opponents seemed to learn the strategy by 2019. Yisrael Beytenu leader and current Finance Minister Avigdor Liberman was unwilling to budge on his demand to pass a haredi draft law in the exact formulation of a version from the previous Knesset, but the haredi parties would not hear of it.

This blocked Netanyahu from signing agreements with either. This brought the negotiations down to the wire, with no agreements being signed, and instead of risking the mandate to form the government moving to then-newcomer Benny Gantz, Netanyahu decided to disperse the Knesset and head to a second election.

The 2020 negotiations were similar to the ones the year before in that Netanyahu was unable to sign any coalition deals early on. But Gantz eventually broke off his partnership with Lapid and Telem leader Moshe “Bogie” Ya’alon and joined Netanyahu at the very last minute in an “emergency” government due to the onset of COVID-19. The coalition agreement introduced the concept of a “parity” government composed of two camps, with each camp having parties linked to it and both enjoying mutual veto power in the cabinet.

In 2021, Netanyahu failed to form a government, and Lapid received the mandate. Lapid’s negotiations began with the “stagger” method but ended up morphing into a “parity” alignment. At first, Lapid successfully signed agreements with a number of parties one after the other, but negotiations with Bennett’s Yamina stopped because of Operation Guardian of the Walls. The negotiations resumed when the hostilities ended – but Yamina demanded that the agreements with the other parties be reopened and changed.

Israeli prime minister Naftali Bennett, Minister of Foreign Affairs Yair Lapid and Minister of Defense Benny Gantz attend a plenum session in the assembly hall of the Knesset, the Israeli parliament in Jerusalem on May 23, 2022. (credit: YONATAN SINDEL/FLASH90)

With the clock winding down, the sides decided to include a clause that gave precedence to the agreement between Yesh Atid and Yamina in any place where it contradicted the other agreements. This effectively rendered swaths of the other agreements irrelevant. In fact, the only agreement that actually ended up being followed was the Yesh Atid-Yamina agreement, a source who was involved in the talks said.

Indeed, the agreements are not legally binding and often are not implemented, Ilatov said. What is legally binding, however, is the clause that if a government does not pass a budget by March 31 of the year following its inception, the Knesset automatically disperses. Other than that, the only leverage disaffected coalition parties have is to support a no-confidence vote – and perhaps pay a political price if they are the reason the country heads to an election.

Ilatov was involved in the coalition negotiations in the 20th Knesset, after which the party headed to the opposition after Netanyahu did not grant Liberman his demand to become defense minister. A year later, Netanyahu brought Liberman on board instead of Ya’alon, who had resigned. Liberman eventually left the coalition at the end of 2018, which is what ended up leading to the 2019 election.

There is no set rule on the content of the negotiations. A government can be formed without discussing policy at all, solely based on the distribution of ministerial portfolios, which is what Netanyahu attempted to do last week but was unsuccessful. The negotiations can also focus on guidelines, policy and legislation first, and only then shift to giving out positions.

There is no clear directive even as to who is supposed to sign the actual document, Ilatov said.

There is a lot of unofficial wheeling and dealing in the background, Ilatov admitted with a chuckle.

“There is a lot of dynamics behind these things, not just formalistically, and not everything that comes up in the negotiations makes its way into the actual agreement,” he said. But practically, even the written agreements are often not respected, all the more so the verbal ones.

“What matters in the end is political power and the want of the sides to carry out the agreement and continue sharing power,” Ilatov said.

Negotiating is harder than it looks

WHILE NETANYAHU originally treated the negotiations as a walk in the park and hoped to form the government in two stages – first handing out jobs and swearing in the new government, and only afterward agreeing on policy and legislation – this clearly did not work, and not only have the jobs not been decided on, but the different parties involved in the negotiations are working together – similar to what Bennett and Lapid did in 2013 – in order to gain leverage.

Otzma Yehudit’s MK Itamar Ben-Gvir announced this week that although he and Religious Zionist Party’s MK Bezalel Smotrich are negotiating separately, they are coordinated, and one will not enter a coalition without the other. Otzma Yehudit arrived at a number of policy agreements with the Likud on Wednesday night, but is holding out and waiting for the results of Smotrich’s negotiations. 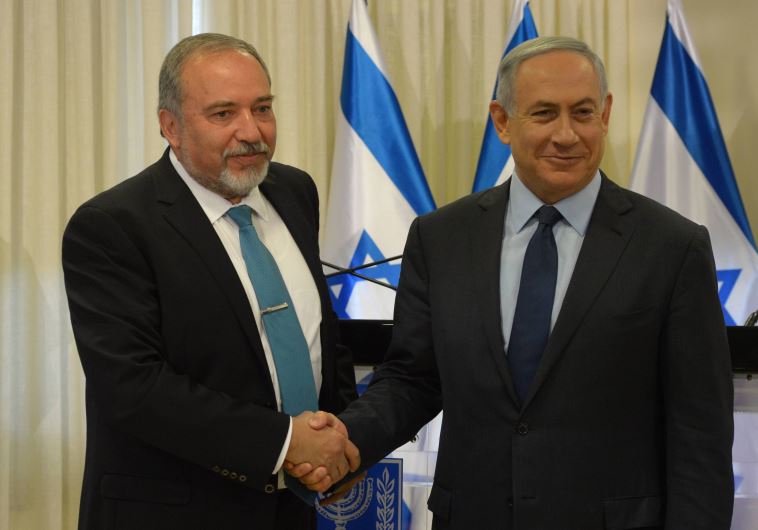 United Torah Judaism and Shas are each negotiating independently. But while Shas leader MK Arye Deri and Netanyahu are political allies and seem to be on the same side in the coalition negotiations, Smotrich has had a number of meetings with UTJ leader MK Yitzhak Goldknopf, and there have been reports that the two were coordinating as well, though it is unclear whether they have actually agreed not to enter the coalition without the other.

Netanyahu’s history indicates that his best-case scenario would be to sign an agreement with one of the parties as soon as possible and create a domino effect that will bring the others in as well. The leading candidate is Shas. But Deri and Smotrich are battling each other for a number of positions – chief among them the Finance Ministry and the Religious Services Ministry – and Netanyahu cannot afford to push Smotrich away by giving what he wants to Deri.

The aforementioned source in the Likud claimed that the moment the option to sign a jobs-only agreement quickly collapsed, all of the parties began to maneuver in order to maximize achievements. History shows that in Netanyahu’s case, this could go down to the wire. If no agreements are reached by the end of Netanyahu’s 28 days, on December 11, the source claimed, there is a fair chance that President Isaac Herzog will not give him the optional two-week extension, and then all hell will break loose.•