Australian billionaire to be questioned in PM gifts probe

Police have been trying for months to obtain testimony from Packer, but because he frequently travels the world on his yacht, it has been difficult to bring him in for questioning. 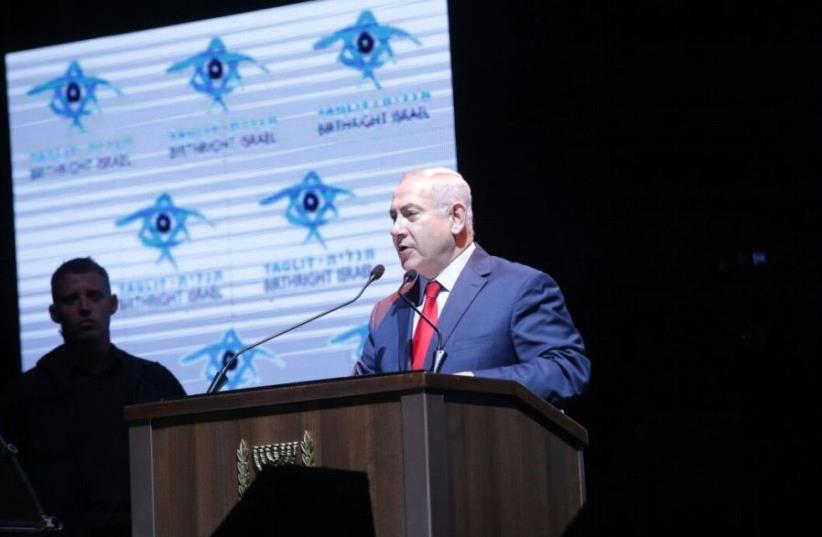 Prime Minister Benjamin Netanyahu speaking at a Birthright event.
(photo credit: EREZ UZIR)
Advertisement
Police will question Australian billionaire investor James Packer in the coming days in the investigation over suspicions that Prime Minister Benjamin Netanyahu accepted gifts in an illegal manner from businessmen totaling hundreds of thousands of shekels, Channel 2 reported on Tuesday.Police have been trying for months to obtain testimony from Packer, but because he frequently travels the world on his yacht, it has been difficult to bring him in for questioning.Investigators suspect that Packer gave Netanyahu’s son Yair gifts, including free hotel rooms and flights, in an illegal manner.The investigation, termed Case 1000, mainly deals with allegations that Netanyahu illegally accepted expensive cigars and gourmet meals from Israeli-born Hollywood movie mogul Arnon Milchan.Netanyahu has denied wrongdoing, repeatedly saying that any items he received were only gifts from friends and that: “There will be nothing, because there is nothing.”Two officials contacted by The Jerusalem Post declined to comment on the investigation.Eleven people have testified to police in the case in recent weeks, according to the Channel 2 report. The Justice Ministry has already decided not to indict Netanyahu for just receiving gifts, but only if it suspects he acted in a conflict of interest, according to the report.Liat Ben-Ari, the Tel Aviv Economic Crimes Division director who is heading the Justice Ministry’s investigation into Case 1000, said in May: “When we are referring to presents worth hundreds of thousands of shekels, it is hard for me to accept that we are talking solely about presents between friends.”Multiple Hebrew media reports have said police will recommend indicting the premier in the gifts probe, but Attorney-General Avichai Mandelblit has the final word.The prime minister already has been questioned under caution several times in Case 1000.He is also being investigated in Case 2000, which allegedly involves a form of media bribery. US billionaire Sheldon Adelson and his wife, Miriam, gave testimony to police in Case 2000 this week.