Latest version of the much-debated legislation, which partly sparked the last election, simply states that Israel is Jewish and democratic. 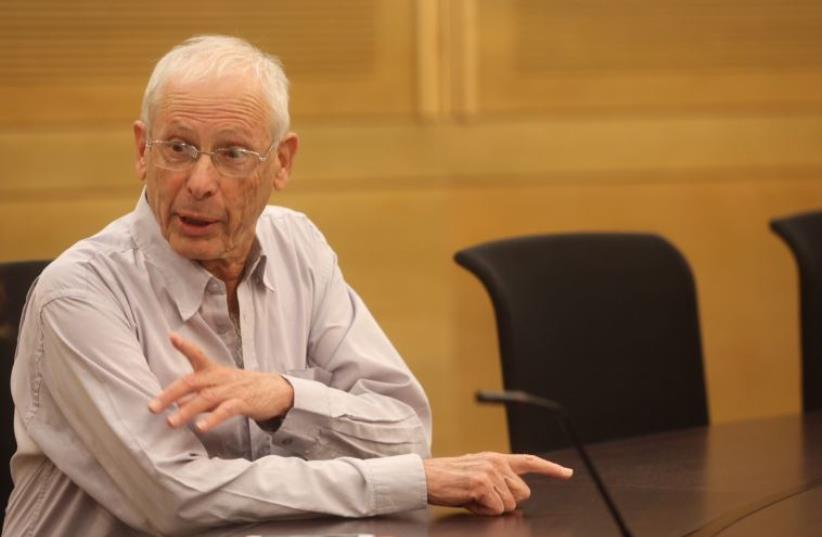 Likud MK Bennie Begin
(photo credit: MARC ISRAEL SELLEM/THE JERUSALEM POST)
Advertisement
The controversial “Jewish state bill” is back, in a new, concise version submitted by MK Bennie Begin (Likud) this week.Begin’s proposed Basic Law states that “Israel is the nation-state of the Jewish people, based on the foundations of liberty, justice, and peace in light of the vision of the prophets of Israel and upholds equal rights for all its citizens.”In addition, the proposal says Israel is a democracy.The final two articles of the bill say that the national anthem, flag, and symbol of Israel will be established in laws – as they already are – and that it can only be changed by a new Basic Law voted in by at least 80 MKs.The legislation’s explanatory portion says that it is meant “to anchor in a Basic Law, which has rigidity, the essence of the State of Israel and its main symbols” and that the text is based on the Declaration of Independence.Several constitutional provisions meaning to define Israel as the nation-state of the Jewish people with varying levels of detail were proposed in the last two Knessets – originally by Kadima MK Avi Dichter, who is now in the Likud, followed by lawmakers from Bayit Yehudi, Yisrael Beytenu, the Likud and Yesh Atid – but none passed.In the last government, Prime Minister Benjamin Netanyahu’s support for a version of the bill was part of a chain of events leading to the government falling apart, as then-ministers Tzipi Livni and Yair Lapid vehemently opposed the bill.The prime minister vowed that his next government – meaning, the current one – would pass a Jewish state bill, and the coalition agreement states that a Jewish state bill must be passed, but it does not go into details of what the bill will say.Begin’s version of the bill, however, is almost identical to one that Lapid supported, by Ruth Calderon, a former MK from his Yesh Atid, and is very different from the one by now-Immigration Absorption Minister Ze’ev Elkin that Netanyahu backed late last year.Most versions of the Jewish state bill – the ones by Dichter and Likud, Bayit Yehudi and Yisrael Beytenu MKs – were not only declarative; they sought to give the High Court something to consider when making rulings, in addition to democracy, as they would be Basic Laws, which the court gives constitutional standing. They stated that Israel is a democracy and all that citizens, regardless of religion or nationality, have equal individual rights, but that only the Jewish people has the right to national self-determination in the State of Israel.The versions by Elkin and Dichter included controversial articles stating that Hebrew is the official language of Israel, while Arabic has a “special status,” that the government should work toward “Jewish settlement in its land and allocate resources to this goal,” that Jewish law should be an inspiration for lawmakers and judges, and language that could require the government to allow Jewish prayer on the Temple Mount.The latest version of the bill was submitted on Monday, and cannot be brought to the Ministerial Committee for Legislation and then the Knesset until October, unless Begin requests to waive the required 45-day waiting period, allowing it to be brought to a vote before the Knesset goes on its summer recess in August.