The indictments were issued on Wednesday and charge the individuals with forming a conspiracy to influence the results of the elections through invalid votes. 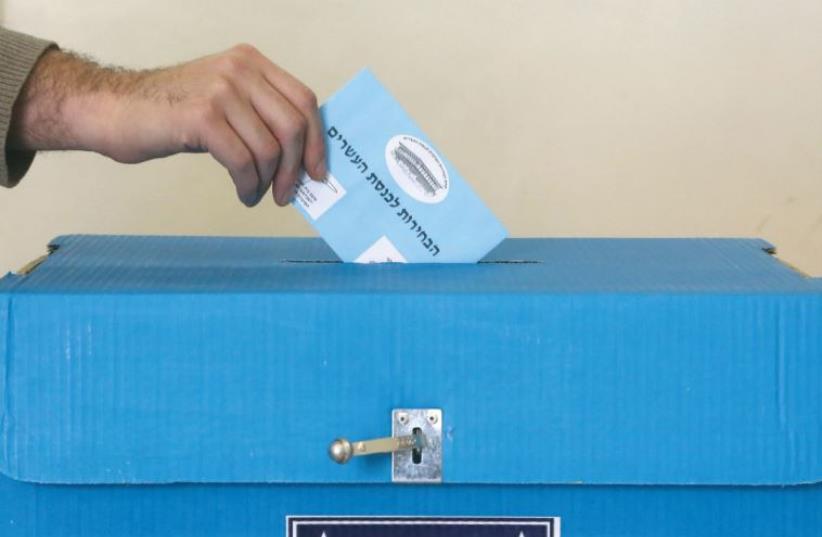 Casting a vote
(photo credit: ILLUSTRATIVE: MARC ISRAEL SELLEM)
Advertisement
Three years after suspicions of serious electoral fraud came to light in the 2013 Beit Shemesh municipal elections, eight haredi (ultra-Orthodox) political activists have been indicted on charges of illegal voting and conspiracy to commit a crime.The indictments issued on Wednesday charged the individuals with forming a conspiracy to influence election results through invalid votes.The October 2013 municipal elections in Beit Shemesh were rancorous and highly charged, and led to severe tensions between the haredi and non-haredi communities in the city.The non-haredi political parties came to a consensus around one mayoral candidate, Eli Cohen of the local Beit Shemesh Returns Party, who faced incumbent Mayor Moshe Abutbul of the haredi Shas party.Two of those charged on Wednesday were activists with Abutbul’s campaign, the indictment said. Another indictee, Nachum Goldberg, is the brother of Shimon Goldberg, who was elected as a member of the municipal council for the haredi Koach party, which represents the Shlomei Emunim coalition of several small hassidic communities.Nachum Goldberg was himself an activist on the Koach election campaign team.According to the indictment, the activists were part of “systematic, deliberate, organized and institutional activities in which ID cards were collected from people who were not voting.”The government-issued ID cards were given to others who disguised themselves as the owners of the cards and then voted for the Koach party for municipal council and Moshe Abutbul for mayor.The eight individuals concerned were indicted on charges of illegal voting, conspiracy to commit a crime, aggravated fraud, and impersonation, among other charges.On election day itself, 150 ID cards were found alongside a table full of hats, glasses and other means of disguise, in the apartment of a married couple, both of whom were indicted.The IDs belonged to city residents in one of the anti-Zionist haredi communities who refrain from voting in municipal and general elections on ideological grounds.Due to suspicions of fraud, then Attorney-General Yehuda Weinstein appealed the result of the original election, which was won by Abutbul, and a repeat election was held in March 2014, which Abutbul subsequently won.