Ehud Barak: Netanyahu is misleading the public, gov't is hijacked by extreme right

The former prime minister warned that Israel could become an apartheid state and said that the Likud was being taken over by the 'settler' right wingers under the command of an ever-weakening PM. 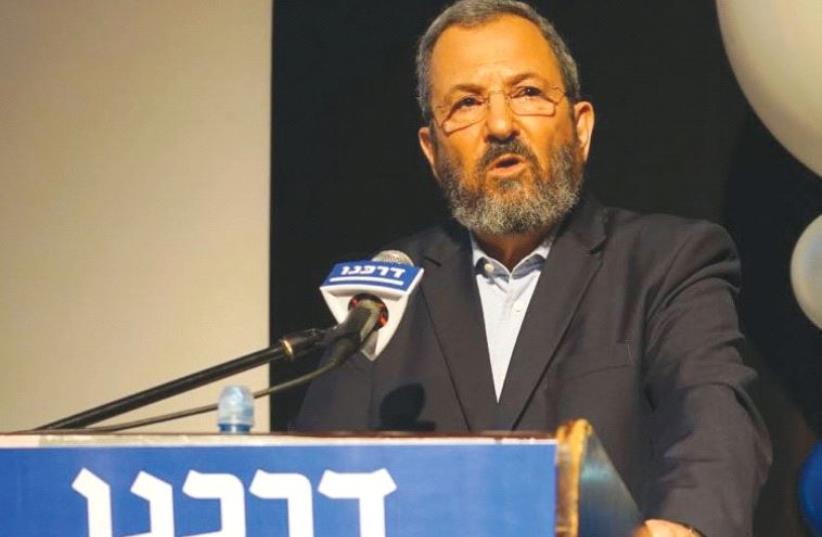 EHUD BARAK has attacked Benjamin Netanyahu, calling him ‘the worst prime minister in Israel’s history.’
(photo credit: COURTESY EYAL BASSON/DARKENU)
Advertisement
Former prime minister Ehud Barak slammed Prime Minister Benjamin Netanyahu on Saturday for misleading the public regarding Israel's security interests and charged that the government under his leadership was being "hijacked by the extreme right wing," and thus jeopardizing the future of Israel. Speaking at a cultural event in Tel Aviv, Barak said that "the way Netanyahu spoke about Iran has misled the public more than once," referring to Netanyahu's multiple public addresses warning of Iran's suspected nuclear program. Barak explained that as opposed to what Netanyahu may claim, "no one was eager to launch an attack against Iran. Moreover, there is not a single person who did not consider this to actually be the last resort," he retorted. Barak admitted that Israel "has the operational ability and international legitimacy to attack Iran," and added that "if we don't do it, it won't be possible to do it anymore." "I think that the government is missing on opportunities and trying to have its cake and eat it too. Following the historic opportunity that came our way against the backdrop of what happened with Iran and the outbreak of terror, a unity of interests has been formed between us and the moderate Muslim countries." "That interest is to effectively fight the radical Muslim terror and to push Iran and its nuclear intentions into the corner," he said. Barak further claimed that he believed Netanyahu was continuously floating the Iran threat to distract from Israel's bigger issue- the stalled state of the peace negotiations. "I assessed in the past that Netanyahu and Liberman can be convinced to forge ahead on the Palestinian subject so that if we must act against Iran we could do it under much better conditions, but I did not succeed."  "In retrospect," he continued, "it raises questions about the whole system of [thinking behind Netanyahu's] considerations: Was it just the Iranian issue or was it an attempt to postpone the moment of truth about the Palestinian issue?" Barak went on to criticize the government, saying that it was being "hijacked by the extreme right" and that its "one-state agenda" was jeopardizing the State of Israel. "This risk is bigger than the external risks around us," he warned. "Israel could become an apartheid state that would not only be steeped in violence but would also constantly have the threat of collapse looming over it," he continued. Despite his criticism, Barak did not rule out the possibility of establishing peace in the region. "We still haven't tried to obtain peace in such conditions where we have the Arab world with its interests, we don't have the defense [capacities] and moral authority to do that, but Israel will have great achievements by merely entering such a process," he predicted.However, Barak seemed to believe that the prospects of peace under the current government were not great, saying that Netanyahu was pressured by the extreme right that has taken over the Likud party in "ways of deceit." "The 'settler' right has taken over the Likud. Netanyahu is pessimistic, passive, extremely anxious and likes to play the victim. It's a bad recipe for making strategic decisions and leads to paralysis and pessimistic prophecies that fulfill themselves because you're [meaning Netanyahu] not doing anything to prevent them," he blasted the premier.