For the love of (chamber) music

Ladino singer Mor Karbasi is one of the new faces at the Eilat Chamber Music Festival. 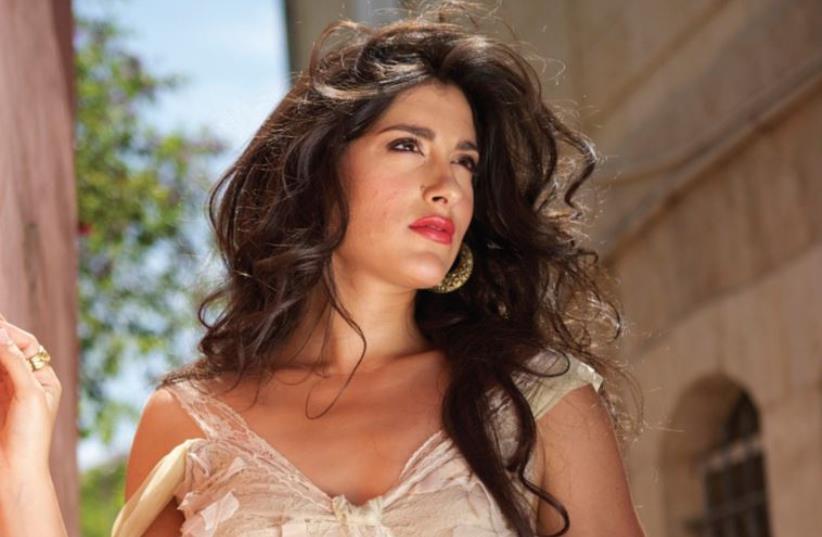 Mor Karbasi
(photo credit: DANIEL KAMINISKI)
Advertisement
The 11th annual Eilat Chamber Music Festival takes place on February 1 – 6. For the fourth year, it is being hosted by the Dan Hotel chain, which gave this highquality musical event a substantial push.Speaking about the roster, festival founder and artistic director Leonid Rozenberg says, “We have always tried to expand the borders of the very meaning of ‘chamber music.’ This is not only about string trios and quartets and so on. It can also be a chamber opera, jazz and pop music. In our eyes, high artistic quality is what really counts. We enjoy bringing programs that are on the border between different genres, and we never forget that a festival is a special joyful event and not just a collection of concerts.”He stresses that this year’s program, which features 17 concerts (plus international master classes), is especially varied.“Even more than that, musicians get together to perform one-time programs in the framework of the festival. The opening concert is a good example of such cooperation. Violinist Marianna Vasileva [Russia-Israel], pianist Ivan Rudin of Russia, Israeli cellist Hillel Zori and his French counterpart Francois Salque will perform together,” he says.In fact, every concert is a true celebration of love of music, be it the Anderson & Roe Piano Duo, supported by the Steinway piano factory, Russian violinist Yossif Ivanov, French Trio Wanderer, the Concerto Koeln chamber ensemble, which hosts mezzosoprano Rosanne van Sandwijk, or the performance of born showman and brilliant trumpet player Jens Lindemann and the International Brass Collective. There also is a Bach celebration, a concert with Russian clown Fyodor Makarov, and a nocturnal program that includes jazz, classical music, Balkan music and tango.Israeli singer Mor Karbasi is among the new faces at the festival.“I cannot imagine my life without singing. For me, singing is an instrument to discover and to express myself. It helped me to create my identity,” says Karbasi, who will present her Azahar show of Ladino music. She will appear with Pastora Galvan, regarded as one of the best flamenco dancers of our time.Karbasi had a successful in Europe, where she spent several years, performing extensively and releasing several albums. Now back in Israel, she is conquering local audiences as well.Born in Jerusalem, Karbasi started singing at an early age and joined a youth choir at 15.“Fabian Bar was our teacher. He really believed in me and was the first to give me the world music CD of Madredeus,” she recalls.She served in The Army Ensemble and soon after traveled abroad.“I lived in England and in Spain. In Seville, I felt immediately at home – my family traces its roots to Spanish Jews. I know the language from my childhood, and the mentality and the special sense of humor of the people of Sevilla were clear to me. There, I met Andres Marin, a famous dancer, who believed in my talent and became my mentor, giving me recordings of flamenco singers to listen to. I also listened a lot of fado, Arab music and more. This is in a way my musical background, in addition to classical piano, which I studied for eight years,” she says.Asked what attracts people to her music, Karbasi says, “The genre of world music is on the rise, probably because it is a music of roots, and people – many of them of mixed origin – want to learn more about their predecessors. Also, they could be attracted by the fact that I’m Jewish.”Karbasi returned to Israel a year ago. But before explaining the reasons, she recounts a beautiful story about how she met her husband.“Just before being drafted, I took a trip to Sinai with my family. There I met a British guitar player named Joe Taylor, who had also come there with his parents. We sat by the fire and sang together – the connection between us was immediate. ‘God,’ I asked, ‘why did you send me this lovely boy now? This is an impossible situation!’” she laughs as she recounts the story.Although the Internet was not really developed at the time, the two managed to keep in touch.“We even wrote songs together over the phone – I sang to him, and he accompanied me on guitar,” she says.In regard to her return to Israel, Karbasi says, “This is absolutely not about career. We have a daughter, who is three years old.
I am not religious, but since my husband is not Jewish, I was afraid that my daughter would not absorb the beautiful culture I grew up with.”In Eilat, Karbasi says she will perform “with the great Pastora Galvan; Spanish flamenco guitarist Pedro Sierra; and my husband, who is the producer of my last three albums, will be playing with us as well.”Why is her show called Azahar? “Azahar is the name of an orange flower that is seen everywhere in Seville, and in spring the air is filled with its scent,” she explains. “I am sure it was a big part of the world of the Jews, Arabs and Christians of medieval Spain, and when they left, I am sure they knew they would miss that smell. When I left Seville after four years of living there, I knew that would be what I’d miss the most.”

Mor Karbasi will perform on February 6 at the closing concert of the Eilat Festival. For the full festival program, visit www.eilatfestival.co.il.
Advertisement
Subscribe for our daily newsletter