Government backs bill that says Jerusalem not for sale

The new bill will make land leased by JNF and sub-leased by the Greek Orthodox Church property of the state. 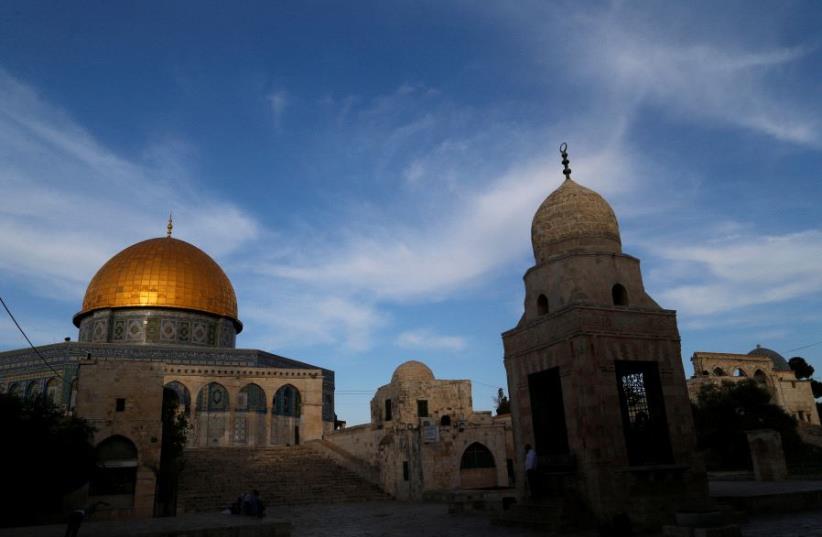 The Dome of the Rock is seen during sunset on the compound known to Muslims as al-Haram al-Sharif and to Jews as Temple Mount in Jerusalem's Old City
(photo credit: REUTERS/AMMAR AWAD)
Advertisement
Legislation limiting the sale of land in Jerusalem to foreign and private hands is expected to receive the Ministerial Committee for Legislation’s approval on Sunday.Kulanu MK Rachel Azaria proposed the bill, signed by 61 lawmakers, in response to the Greek Orthodox Church’s recent sale of its control of 50 hectares (about 124 acres) of land in the capital, containing more than 1,000 housing units, to an anonymous group of investors.The Jewish National Fund leased the land plots from the church between 1950 and 1952, for 99 years, and then sub-leased the land for housing purposes. The church’s sale of its rights to the land raised concerns that homeowners on that land may have to pay significant sums to remain.Azaria’s bill proposes that the rights to land leased to the JNF or anyone else by the Greek Orthodox Church, and then sold, will go to the state. The state will compensate whomever bought the rights from the church.The Kulanu MK and former Jerusalem deputy mayor said: “This proposal will give a response to the thousands of residents of Jerusalem and other cities who all of a sudden found out that the homes that they owned were on land that was sold to someone unknown.“We will not let private or foreign factors buy such broad swaths of the land in Israel’s capital,” Azaria added.Azaria said a majority of Knesset members signed her bill in order to save Jerusalemites’ homes.“I hope the [land] buyers will wake up and we will reach a solution through dialogue and consensus,” she said. “If that doesn’t happen, the law will transfer their rights to the land and return them to the State of Israel. My job is to help thousands of Jerusalem residents, so they will not be abandoned and find themselves kicked out of their homes.”The Greek Orthodox Patriarchate responded that the bill "will deprive churches in Israel of their basic right to use their legally owned lands. This is an unprecedented attack by the state on the religious status quo and the right to property."This attack, which joins the incomprehensible foreclosures that the Jerusalem Municipality has imposed on churches in Israel, will profoundly damage the status of Israel's Christian minority," the Patriarchate stated. "The State of Israel is underhandedly promoting a law that is persecutory and all-encompassing. How would Israel react if the property of Jewish minorities in other countries were to be stolen under the guise of national laws? We call upon all those who care about justice and the rule of law to stand with us in opposition to this offensive bill. The Greek Orthodox Patriarchate, along with other churches in Israel, will discuss these grave developments and will soon release a statement regarding their next steps."