Senior Israeli officials who spoke with the Post said any summit would require an informal settlement freeze outside of established blocs. 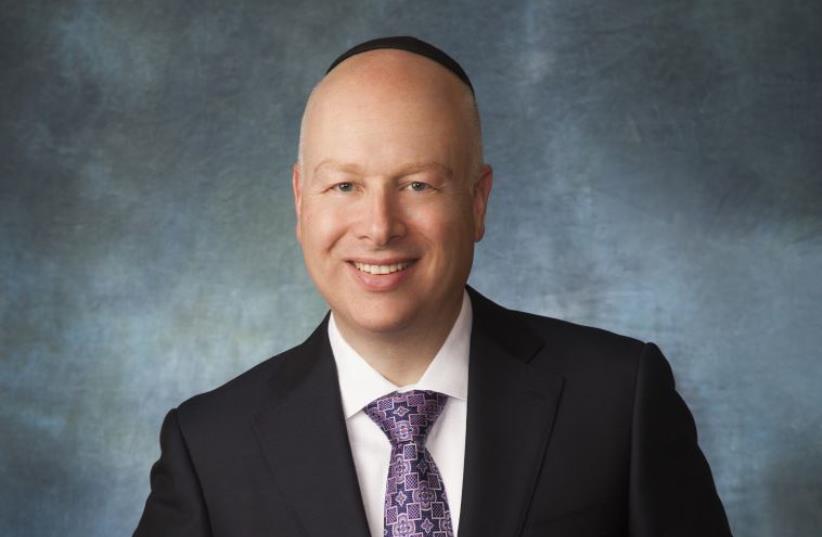 Jason Greenblatt
(photo credit: Courtesy)
Advertisement
The security cabinet is scheduled to meet on Thursday to be briefed on talks with the US administration regarding the formulation of new guidelines for settlement construction, as the long-dormant diplomatic process with the Palestinians is showing signs of revival.Jason Greenblatt, US President Donald Trump’s special representative for international negotiations, is leading the US team in talks with Israel about the guidelines. Greenblatt has spent the last few days as an observer at the Arab League meeting in Jordan.On Wednesday, he met with the foreign ministers of Saudi Arabia, the United Arab Emirates, Egypt, Jordan and Tunisia to discuss the region and efforts to move the Israeli-Palestinian diplomatic process forward. In readout briefings of those meetings, Greenblatt underscored the potential role of the Arab world in brokering Israeli-Palestinian peace – and said that such a peace would reverberate across the region. He met as well with Federica Mogherini, the European Union’s high representative for foreign affairs and security policy, where conversation also focused on the conflict.
Saudi deputy crown prince Mohammed Bin Salman meets Trump in Oval Office (credit: REUTERS)
On Wednesday, The Jerusalem Post reported that members of the Trump administration are exploring whether to host a conference in the summer that would include Israel, the Palestinian Authority, Saudi Arabia and the Gulf states.Senior Israeli officials who spoke with the Post said any summit would require an informal settlement freeze outside of established blocs.The Prime Minister’s Office had no comment on the matter, and a senior Trump administration official told the Post that Greenblatt’s meetings in Amman and Israel are “fact-finding” discussions meant to build trust with the parties.Ron Prosor, a former ambassador to the UN and director-general of the Foreign Ministry, said that such a plan would be a logical way to show some kind of movement, because it builds on the idea of a wider regional process.“It is still far away,” he said, adding that for that to happen, there would need to be both a US agreement that Israel can build inside the settlement blocs, and an agreement by Prime Minister Benjamin Netanyahu that he would freeze all construction outside the blocs. This would be a necessary step to “incentivize” the Saudis and others to come to such a summit, because it would give them something to talk about, Prosor said.Gilead Sher, a senior fellow at the Institute for National Security Studies in Tel Aviv and a former chief of staff to Ehud Barak when he served as prime minister, advised against such a high-profile event unless it is part of a bigger diplomatic context.This is the kind of “pyrotechnics” that could be harmful if it does not lead to anything meaningful, Sher said. He noted that the Annapolis summit in 2008 was followed up by more than 30 meetings between then-prime minister Ehud Olmert and PA President Mahmoud Abbas, and more than 300 meetings of joint committees.“A summit for itself, without a beginning, and an end and a clear idea of where you go afterward – how you continue – could do more damage than good,” Sher said. But a summit as part of a greater process is something different, he said.