The controversial legislation will allow former politicians to be appointed to public management positions. 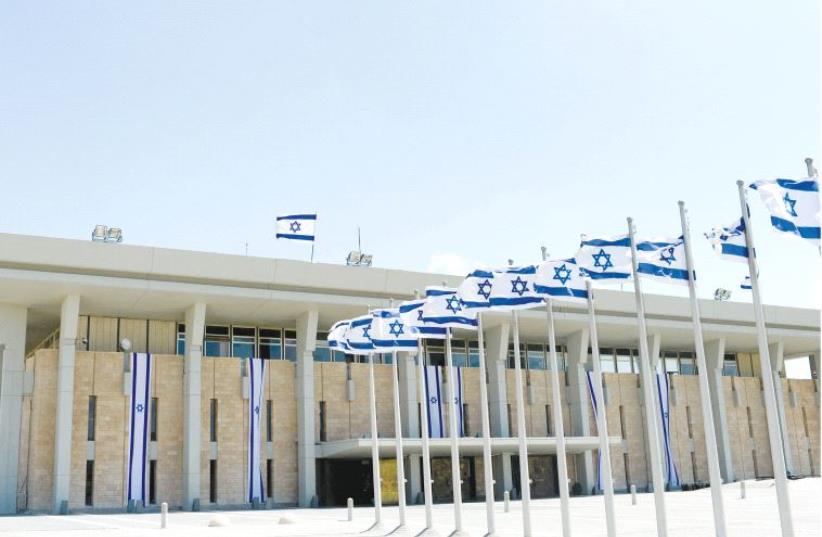 Israeli Knesset
(photo credit: KOBI GIDEON/GPO)
Advertisement
The Knesset plenum voted Wednesday to advance a bill to enable former ministers, MKs and mayors of big cities to be appointed to directorates of public companies. Currently such politicians are prohibited from receiving such appointments, unless they prove to have special skills needed for the post. Experience in the cabinet, the Knesset, or as a mayor is seen as political attachment, which makes it harder to receive approval for the appointment, rather than as management experience in public service. The bill has been called by the opposition "the political jobs bill," because it would facilitate political appointments by cabinet ministers of their allies to patronage positions. "It's corrupt that the ministers will appoint their friends," Yesh Atid MK Yael German told the plenum. "It's corrupt for the Knesset to pad the pockets of themselves and those who come after them. The directorates will not function well and will be corrupt."  But coalition chairman David Bitan, who proposed the bill, told the plenum that the bill is intended to fix distortions in the law that disqualify good candidates just because of their political connections and experience."Calling it a political jobs bill is intended to make the public not like the bill," Bitan said. "All the criticism is demagoguery and is intended to perpetuate the rule of the clerks." The bill caused tension in the Labor leadership race after former environmental protection minister Avi Gabbay challenged his fellow candidate, Labor chairman Isaac Herzog, on Tuesday to oppose the bill.Herzog responded by sending Gabbay a letter informing him that the Zionist Union faction had already decided Monday to oppose the bill in the faction's weekly meeting in which it decides its views on each week's legislation. In the letter, Herzog wrote that Gabbay had no experience as an MK and did not understand the legislative process. Herzog wrote that Gabbay's inexperience would prevent him from functioning well as leader of the party.