Committee Chairman Avraham Naguise pointed out that there are 65 apartments at the absorption center that are empty, while entire families are forced to live in one room. 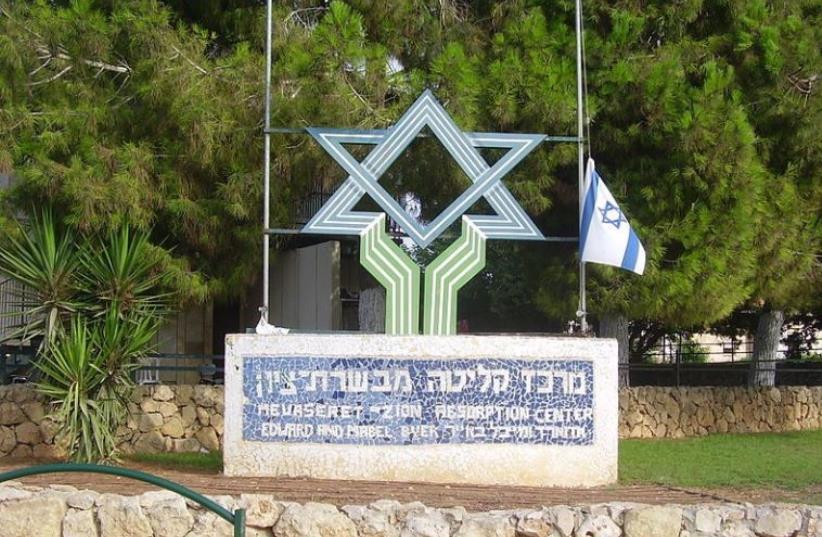 Absorption center in Mevaseret Zion
(photo credit: WIKIMEDIA COMMONS/DR. AVISHAI TEICHER)
Advertisement
Parts of the Mevaseret Zion Absorption Center are overcrowded even though others are empty, the Knesset Immigration Absorption and Diaspora Committee observed upon visiting the center Sunday.“We came to see and hear up close the troubles of the absorption center’s residents,” committee chairman Abraham Naguise (Likud) explained. “We saw the overcrowding and the intolerable conditions in which entire families live.”Naguise pointed out that there are 65 apartments at the absorption center that are empty, while entire families are forced to live in one room, and said he plans to hold a committee meeting on the conditions.The 65 apartments remain empty because of a dispute over the land on which the absorption center stands, a matter on which the committee has held several meetings in the last year.The Jewish Agency transferred ownership of the land to its employees’ pension fund, which in turn hoped to sell it and develop it for residential housing, publishing a tender in 2014, and provide alternative housing for the immigrants living there.However, there is no paper trail for the transaction and the State Comptroller’s Office plans to investigate possible corruption. In addition, there is a lawsuit on the matter waiting for the High Court’s ruling.Immigrant representatives Galagai Tafara and Yenesau Imbala complained about overcrowding and demanded that they be provided with alternate housing before the absorption center is sold.MK Moti Yogev (Bayit Yehudi) called for the tender to sell the land to be investigated, especially in light of the fact that thousands of Jews from different countries are expected to make aliya this year.Jewish Agency Immigration and Absorption Department manager Yehuda Sharf told the MKs that there are 861 immigrants from Ethiopia in the absorption center, many of whom are in their sixth year or more there, because of difficulties in finding a home or because they do not want to live independently.The purpose of absorption centers is to prepare immigrants for independence and absorption in Israeli society, and most immigrants only stay in one for six months to a year, Sharf explained. However, immigrants from Ethiopia generally stay for at least two years, because they have to undergo conversion and learn Hebrew.Sharf called for young, working immigrants to lead independent lives, pointing out that they get free university education and a NIS 1500 per month rent subsidy.In addition, he said, the Jewish Agency encourages anyone who is not elderly or a single parent to leave the absorption center and buy a home.“There are people who work and earn a good living, and still insist on staying in the absorption center,” Sharf explained. “Dozens of families bought homes in the last year... We stay in touch with the families years after they buy a home and leave to live independent lives.”MKs encouraged the absorption center’s residents to begin living independently, though MK Ksenia Svetlova (Zionist Union) warned that they may encounter racism.Absorption center resident Ilu Ayayo Werko called to increase mortgage subsidies, which remained the same over the years despite the increase in housing prices, and to allow childless immigrants to receive subsidies, as well.Lema Mengasha, another resident of the absorption center, pointed out that NIS 1,500 would not cover more than a one-room apartment in the central region of the country.Jewish Agency Judaism Program for Ethiopian Immigrants coordinator Rabbi Menachem Waldman said that the absorption center is very successful. Jewish studies programs for immigrants begin while they are still in Ethiopia and about 63 percent of the conversions in Israel take place in absorption centers.Sharf said the absorption center provides prayer books with Amharic translations, programs for the holidays and to teach Jewish history, and bar and bat mitzva programs, among others.Mevaseret Zion Local Council head Yoram Shimon called for the absorption center’s infrastructure to be improved, pointing out that it was built 40 years ago, and said that the municipality does what it can to keep the area clean, provide volunteers and make sure the surrounding roads are safe, but it is not enough.“The immigrants live here in substandard conditions and the Absorption Ministry must take care of them,” Shimon added.Jeremy Saltan, a member of the Mevaseret Zion City Council Immigration and Absorption Committee, thanked the Knesset committee for the visit.“There is no substitute for witnessing the situation on the ground ahead of the next Knesset committee session on this very important subject,” Saltan said following the MKs’ visit.