"If you want Judea and Samaria to be like Ra'anana, you must annex it," Livni said. 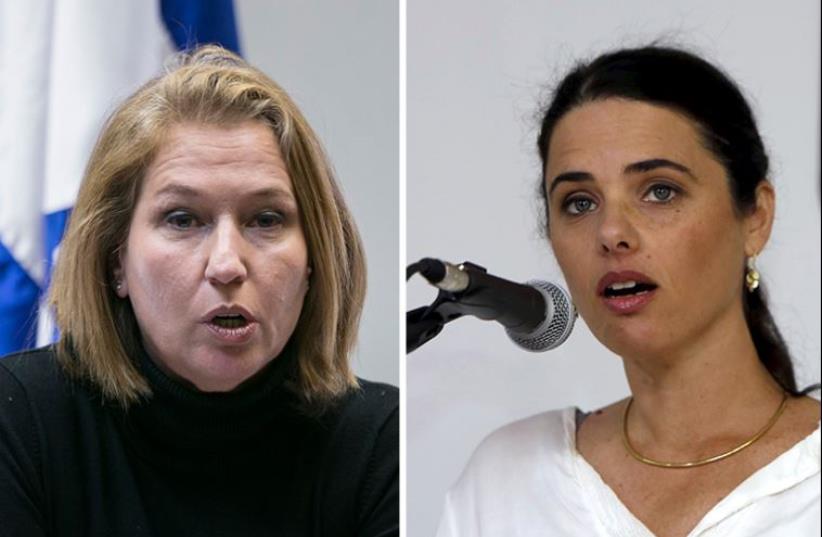 Tzipi Livni and Ayelet Shaked
(photo credit: REUTERS)
Advertisement
Zionist Union co-leader Tzipi Livni blasted Justice Minister Ayelet Shaked on Thursday, asserting that her plan for establishing a legal body separate from the High Court of Justice to deal with land disputes in the West Bank would play into the hands of and “aid the BDS movement.”“Shaked’s offer is not new,” said Livni in a statement. “If you want Judea and Samaria to be like Ra’anana, you must annex it.”The former justice minister warned her successor that there is a reason why the Netanyahu government and various other governments have not adopted such a policy, since such moves would extend the same voting rights to all of the area’s inhabitants and the result would be “the transformation of Israel into a country with an Arab majority.”Livni further accused Shaked and those who support her vision of “not having the courage to admit that in the short term Israel would be cutting its oxygen supply to the United States.”The Zionist Union MK said “whoever uses Shaked’s proposal will be an enemy of Israel,” and that “instead of serving as a real-estate court in Judea and Samaria, this plan will serve as evidence at the International Criminal Court at The Hague, where Israel and the IDF will be standing trial.”Meretz leader Zehava Gal-On also came out against the plan, saying that “Justice Minister Shaked took her colleague Moti Yogev’s words one step further and is bringing down a bulldozer on Israeli democracy.”Yogev drew criticism on Wednesday when he said that the High Court should be razed after justices ruled to demolish illegal apartment buildings in the West Bank settlement of Beit El.