The oud/percussionist will present three concerts 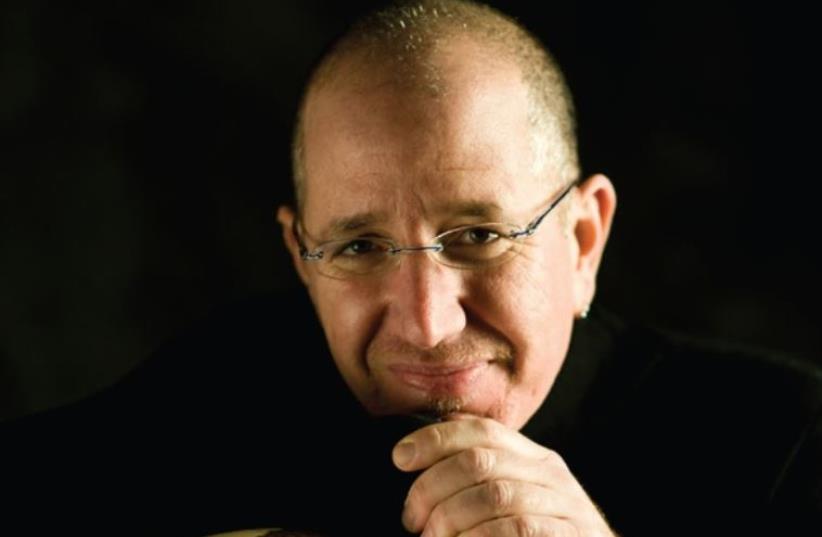 Yinon Muallem
(photo credit: OZGUR OLCER)
Advertisement
‘Meeting of Hearts” is a snug moniker for Yinon Muallem’s forthcoming album. The 47-year-old Turkish resident Israeli percussionist-oud player will be here soon for a three date musical foray that kicks off with an appearance at this year’s International Harp Competition in Acre on November 23. That will be followed by a gig at East West House in Jaffa on December 3, closing with a show at the Elma Arts Complex in Zichron Ya’acov on December 4.Muallem comes here with a pretty hefty artistic track record. Despite taking some time to set out on his eventual career path, he has made up for lost time. Thus far he has accrued a discography of half a dozen titles, with a couple more albums due for release in the coming year. He collaborates with a wide variety of musicians, including young New York-based Israeli jazz pianist Guy Mintus, who is half Muallem’s age and with whom he formed the Off Lines duo.Muallem’s parents hail from Iraq.His father is an aficionado of Arabic music and is something of a dab hand on the violin. Even so, the young percussionist-to-be took his time to gravitate toward the ethnic side of the musical tracks or, for that matter, to the idea of a career in music at all.“I got into music at a relatively late age,” he recalls. “I played keyboards for three years as a kid, but I gave that up and didn’t play anything for many years. It was only when I was 22 that I started playing Latin percussion instruments, Afro Cuban, although when I was a teenager and when I was in the army I listened to jazz – people like [guitarist] Pat Metheny, [saxophonist John] Coltrane, [trumpeter] Miles Davis and [pianist] Michel Petrucciani and all those guys. But I didn’t play jazz.”But Muallem’s genetic heritage eventually got to him, and he began to explore the sonic and rhythmic possibilities of Eastern percussion instruments, as well as oud.“I started going to sessions with people like Salim Al Nur,” he recalls.Al Nur, who died last year at the age of 94, was an Iraqi-born oud player and teacher who made aliya in 1950. Around that time, many of Iraq’s leading Jewish musicians who were, in fact, among the top professionals in the entire Arab world, came to the new Jewish state. By going to the Al Nur gatherings, Muallem got the chance to feed off the skill, experience and vibes of a generation of legendary musicians. Al Nur’s work will be celebrated at this year’s Jerusalem International Oud Festival, which will take place in Jerusalem November 12 to 21, under the auspices of Confederation House.That was basically that for Muallem, and he threw himself into Eastern musical endeavor, releasing his debut album, Changing Moments, 13 years ago.It was also around that time that he relocated to Turkey in search of accomplished musicians from whom he could learn and who could help him progress. One of his teachers was the illustrious Turkish oud player Yurdal Tokcan, who graced the stages of Confederation House and the Jerusalem Theatre some years ago.Other than an 18-month hiatus back here, together with his Turkishborn wife, Muallem has plied his trade in Turkey and around Europe.Muallem was also responsible for furthering the lot of Israeli music in his adopted country for two and a half years as the Israeli cultural attaché in Istanbul. One of the artists he took over there was internationally acclaimed Iraqi-born poet Roni Someck with whom he subsequently struck up a fast friendship and ongoing onstage collaboration. Earlier this year, Muallem and Someck joined forces for a show at Avi Chai House in Jerusalem, and more shows are in the pipeline.Muallem clearly maintains a busy creative and performance continuum, and he is due to release a single called “Naveh Midbar” (Oasis) with Mintus in the near future. The number is, in fact, something of a cover job and is based on Muallem’s new arrangement of the song, which was scored by pianist, conductor and composer Rafi Kadishzon. It tells the tale of the aliya of now 70-year-old Yemenite-born dancer and choreographer and Inbal Dance Company founder, Leah Avraham.With his mixed musical and cultural background – he also took a degree in business management and communication studies prior to focusing on music – it is not surprising that Muallem straddles several musical spheres.“The Off Lines project is about connective bridges,” he explains, “bridges between two generations, two countries, two cultures. In order to describe our music, one might mention an array of styles ranging from jazz, rock and film music to Turkish, Jewish and Indian music, improvisational music. But what it really is, is none of these. This music is really something in between – ‘off the lines.’ This is music that one must hear in order to understand, that doesn’t come from just one place but from everywhere all at once.”Muallem’s creative tentacles also take in literature. A book about his musical-cultural odyssey is to be published some time next year. And his budding Meeting of Hearts musical venture will feed off a sumptuous eclectic spread of sources, taking in heady Sufi poetry and music and material written in the Jewish Golden Age in medieval Spain by the likes of philosopher and poet Solomon Ibn Gabirol and philosopher and physician Yehuda Halevy. Stay tuned.