I expect a heavy objection from the coalition. But this could be a test to Israel's declared commitment to international law, MK tells Post. 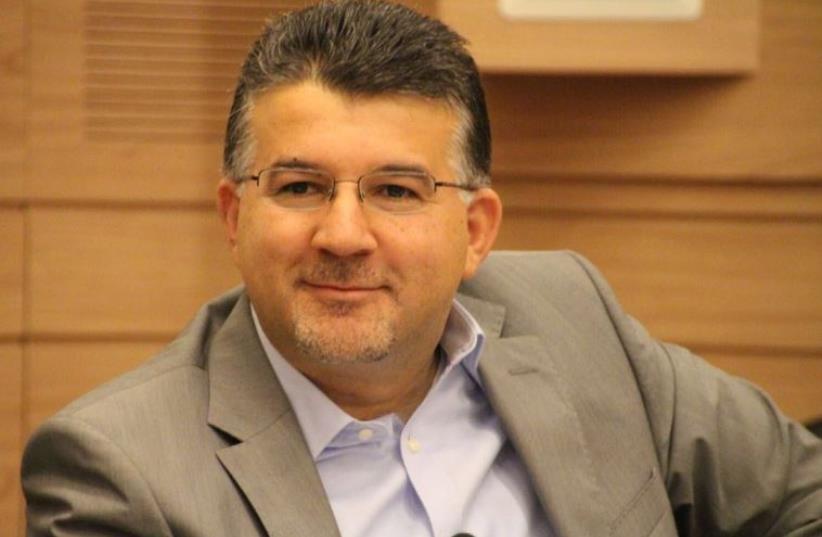 MK Yousef Jabareen.
(photo credit: Courtesy)
Advertisement
Joint List MK Yousef Jabareen (Hadash) continued an Arab Israeli diplomatic offensive by tabling legislation to force Israel to ratify the Rome Statute of the International Criminal Court (ICC) to increase international pressure on the Israeli government.Asked about the prospect of his bill passing, Jabareen told The Jerusalem Post, “I expect a heavy objection from the coalition. But this could be a test of Israel’s declared commitment to international law.”His legislation is timely, he said, as Palestinian officials have announced that they intend to turn to the ICC in the case of the injured Palestinian terrorist who was killed on March 24 by an Israeli soldier in Hebron.The proposed legislation’s explanatory note reads: “Should the Israeli parliament sign this bill into law, it will symbolize the willingness of the State of Israel to share the values of global peace and rule of law with the international community. The International Criminal Court in the Hague was established in 2002 in order to establish punishment for serious crimes including genocide, crimes against humanity and war crimes. To date, Israel has not only refused to sign the statue but has not abided by its statutes in practice.”Jabareen, who heads the Joint List international team, told the Post in December that the Joint List was planning a diplomatic offensive to increase pressure on the Israeli government to reverse the ban it imposed on the Islamic Movement and other legislation and policies deemed to be targeting the political freedoms of Arabs.Jabareen and Muhammad Barakeh, the leader of the Arab Higher Monitoring Committee and former leader of Hadash, spoke at the UN in Geneva last month.In addition, Jabareen wrote an article published on Friday in the British newspaper The Guardian, arguing that “Israeli democracy is today under attack. In the most recent assault on democratic rights, and in an attempt to undermine the Arab minority, the coalition in Israel’s parliament, the Knesset, proposed legislation that would enable the suspension of elected representatives of the public – a move likely to disproportionately affect Arab MKs.”“In the rapidly shrinking democratic space in Israel, the Arab public needs to be assured that their will is reflected on the national stage,” said Jabareen.Despite PA additional announcements of referring the latest shooting of the Palestinian attacker to the ICC Prosecutor, the prosecution already claims jurisdiction from the PA over all war crimes allegations since June 2014 and going forward.Israel was involved with drafting most of the ICC’s Rome Statute which among other things establishes the ICC’s functions, jurisdiction and structure. The statute was adopted at a diplomatic conference in Rome on July 17, 1998. Israel intended to ratifying the Rome Statute and join the ICC until the last moment, when a group of Arab countries added an amendment which most have interpreted as specifically targeting Israel’s settlements as war crimes. As of March 2016, 124 states are party to the statute.