Netanyahu, Obama to meet in New York on Wednesday

Diplomatic officials say the meeting will take place at the hotel where Obama will be staying while both are in town for the UN General Assembly. 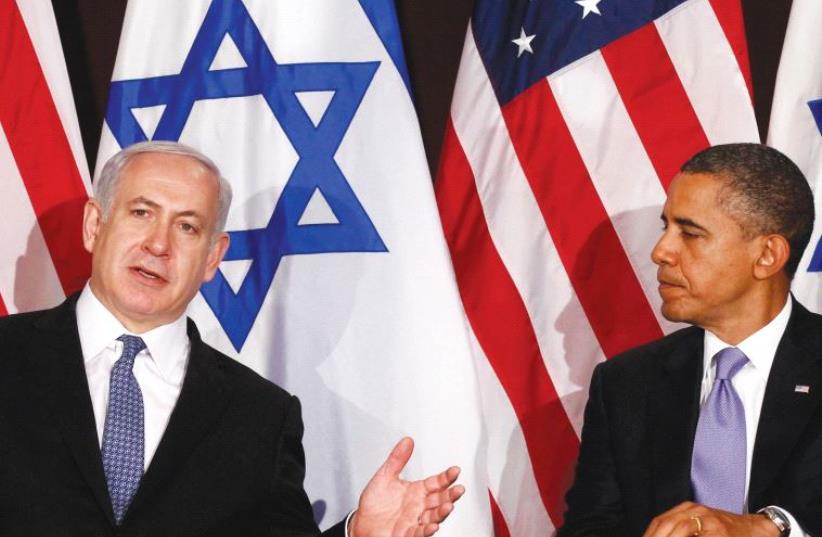 Benjamin Netanyahu and Barack Obama against a backdrop of Israeli flags and American flags
(photo credit: KEVIN LAMARQUE/REUTERS)
Advertisement
Prime Minister Benjamin Netanyahu and US President Barack Obama are scheduled to meet on Wednesday in New York on the sidelines of the UN General Assembly meeting, diplomatic officials confirmed Sunday.According to the officials, the meeting will take place at the hotel where Obama will be staying. Both men will be in the city to address the UN General Assembly. Obama is scheduled to address the gathering on Tuesday, the day Netanyahu leaves for New York, and Netanyahu is set to address the assembly on Thursday.This will be the first meeting between the two leaders since last November, and is expected to be the last face-to-face meeting between the two before Obama leaves office in January.The meeting, which will be their 17th, comes just days after the US and Israel signed a 10-year $38 billion military aid package.Channel 2 said a formal announcement of the meeting was expected from the White House later in the day. The Prime Minister's Office did not respond to a request for a confirmation.Netanyahu is expected to meet a number of foreign leaders during his four-day stay in New York, though unlike in years past, the PMO has not yet put out any list of who he will be meeting.This will be the final UN General Assembly for Obama, as well as for UN Secretary-General Ban Ki-moon, who will be leaving his post at the end of the year.