Rivlin to new Egyptian ambassador: Egypt our most important neighbor

Khairat and Rivlin also talked about how to strengthen relations between Egypt and Israel. 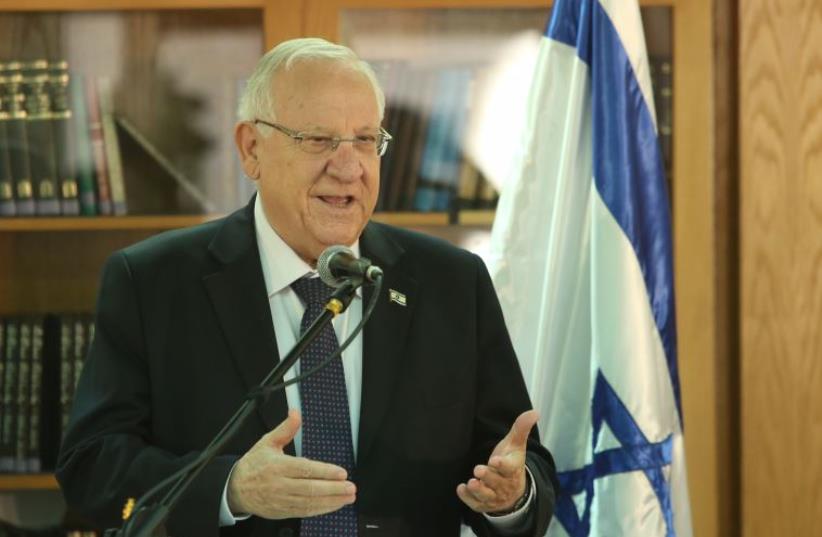 President Reuven Rivlin
(photo credit: MARC ISRAEL SELLEM/THE JERUSALEM POST)
Advertisement
There was great excitement at the President’s Residence on Thursday morning, as four ambassadors arrived at half-hour intervals to present their credentials to President Reuven Rivlin. The one who caused the biggest flurry was Egyptian Ambassador Hazem Khairat, who was the second envoy on the list, but the one who received the most attention from the media.Reporters were barred from the more intimate reception area during Khairat’s private tête-à-tête with Rivlin, but were permitted to attend the meetings with ambassadors Koji Tomita of Japan, Cecilia Attard-Pirotta of Malta and Jelena Rajakovic of Bosnia and Herzegovina.In greeting Khairat, Rivlin said: “I welcome many ambassadors. This is a very special opportunity for me to receive a letter of credence from a special country and our largest and most important neighbor.”Rivlin referred to Egypt in Arabic, using the expression “Um el Donya” – Mother of the World.He told Khairat that he had been to Egypt many times both in war and in peace. The peace agreement between Israel and Egypt is a top priority for both, he said. “We may not agree on everything, but we respect each other, and because of this we will build a shared future.”Rivlin conveyed his warm regards to President Abdel Fattah al-Sisi and congratulated him for what he is doing for his people and what he has achieved in the region.Khairat responded that, as neighbors, “we have to do our utmost to implement a just and comprehensive peace.” He later wrote something to that effect in Arabic in the presidential guest book, including the fact that he and Rivlin had engaged in constructive talks on urgent matters.Khairat and Rivlin also talked about how to strengthen relations between Egypt and Israel, with the ambassador acknowledging that his presence in Israel would contribute to the strengthening of relations and peace not only in a bilateral sense, but also in a regional sense. There has not been an Egyptian ambassador in Israel for more than three years.In his conversation with Tomita, Rivlin commended Japan for what it is doing for the free world and for the influence that it has in the region.It is in the mutual interest of Israel and the Palestinians for Japan to be a bridge builder, he said. Mentioning the exchange visits between the prime ministers of Japan and Israel, Tomita said that he had been fortunate to come to Israel at a momentum of stronger ties between the two countries, which are both world leaders in technology.“Together we could do a lot for the world and the diplomacy of peace,” he said.Rivlin told Attard-Pirotta that Israel would never forget that Malta was the only European country not requiring visas from Jews fleeing the Nazis.He was somewhat disturbed by recent outbreaks of anti-Semitism in Malta, but appreciative of the fact that the Maltese government is fighting anti-Semitism.“To fight anti-Semitism is the need of every society and not just the role of Jews,” he said. He also praised Malta for the significantly helpful role it plays in trying to resolve conflicts in the Mediterranean.Attard-Pirotta in turn commended Rivlin for his efforts toward peace, which she said had not gone unnoticed.Rivlin took pains to convince both her and Rajakovic that Israel is not engaged in a religious war with Islam or with Christianity. “It’s blasphemy to say we are at war with Islam,” he declared.He compared the situation in Bosnia and Herzegovina and its region to that of Israel and its region.“You have faced a lot of regional problems, as we have strived with a lot of conflicts and misunderstandings,” he told Rajakovic, who is an expert in conflict management and international relations, adding that there is much that Israel could learn from Bosnia and Herzegovina. Rajakovic said that her country has applied for EU membership and is awaiting a positive response.