Yehonatan Geffen is 'not comparing' Israel to Nazis 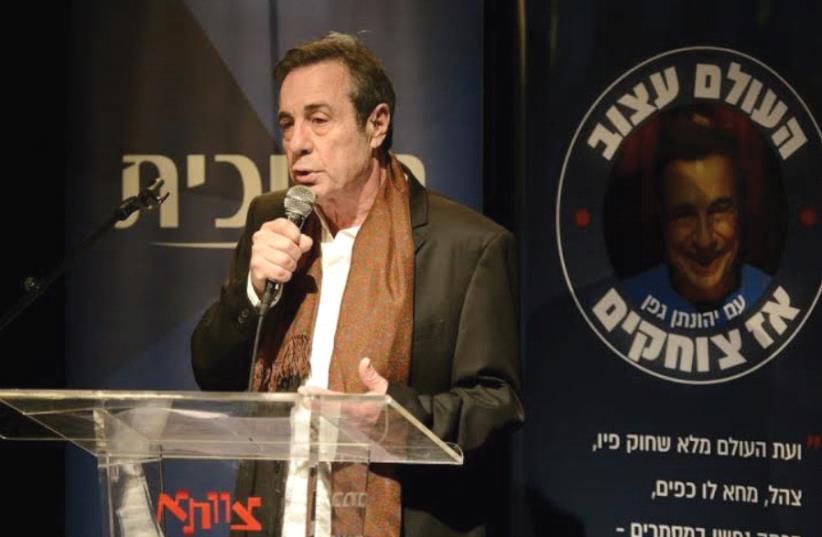 FAMED WRITER and artist Yonatan Geffen
(photo credit: JOJE NOVIMINSKI)
Advertisement
Songwriter, poet and professional rabble-rouser Yehonatan Geffen posted yet another sensational poem to Instagram on Sunday night, comparing – or not comparing – the Israeli government to Nazi Germany. Less than 24 hours later, the post disappeared from his Instagram page.“No, I’m definitely not comparing! Wrote the poet whose poems are not read by anybody,” Geffen wrote underneath a photo of German police demanding papers from a Polish Jewish woman in 1941. “No, there is no point comparing. Then was then and now is now.” 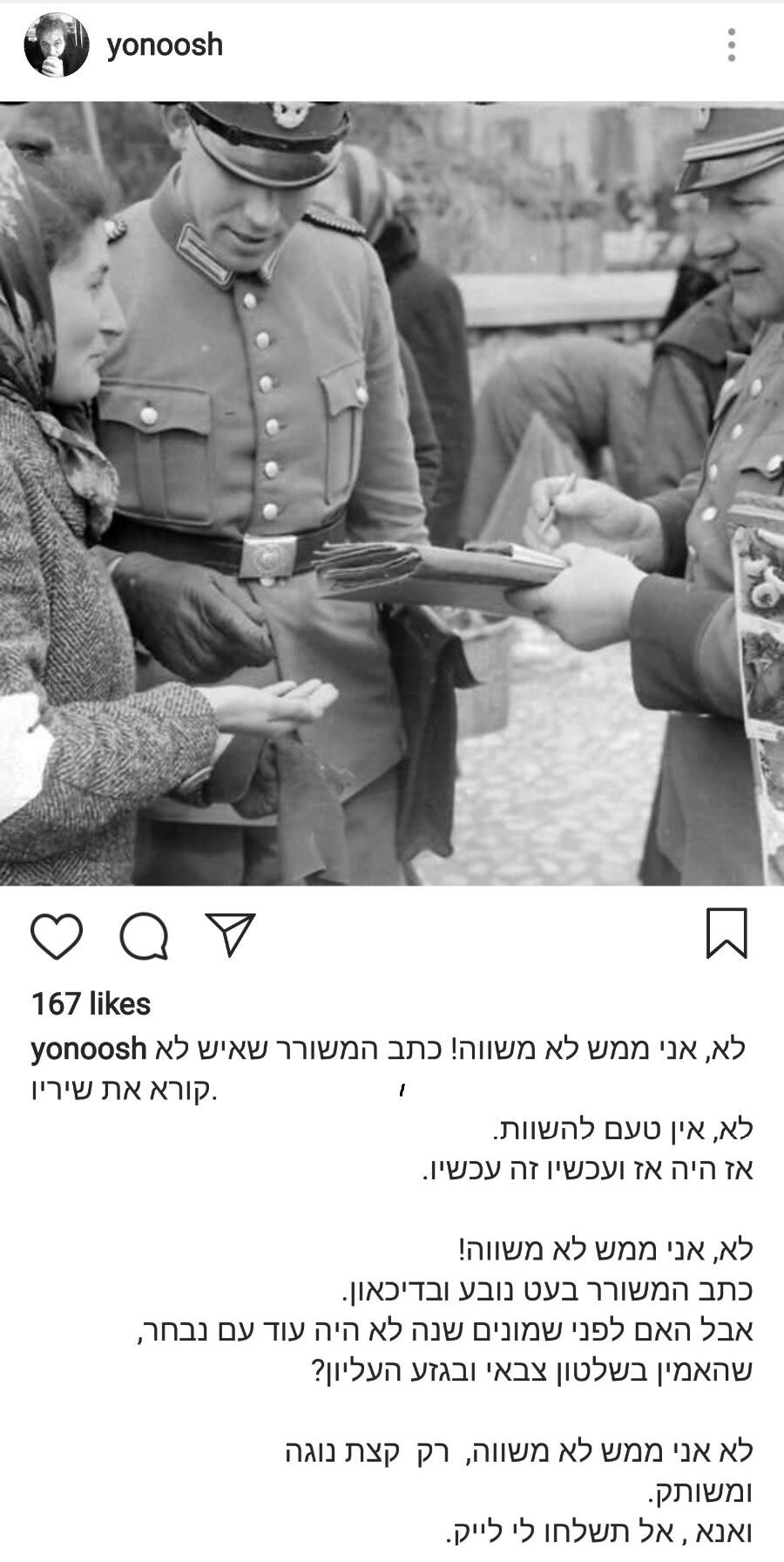 A post on social media by songwriter Yehonatan Geffen comparing the Israeli government to Nazi Germany. (INSTAGRAM SCREENSHOT)The 71-year-old famed songwriter – and father of popular musician Aviv Geffen – continued his Hebrew poem: “No, I’m definitely not comparing! Wrote the poet with a fountain pen and depression. But 80 years ago, wasn’t there another chosen nation, who believed in army rule and in a master race?”“No, I’m really not comparing, just a little melancholy, and paralyzed. And please, don’t send me a ‘like,’” he added.As of Monday afternoon, the post had been liked more than 300 times and had close to 100 comments. But several hours later, Geffen deleted the photo and poem from his Instagram page without an explanation.While Geffen did not specifically reference it, most commentators speculated that the songwriter was referring to the Nation-State Law passed July 19. Critics of the legislation say it effectively classifies Israel’s minorities as second-class citizens.But unlike Geffen’s last Instagram instigation, reactions this time around were more muted.Earlier this year, Geffen posted a poem on Instagram comparing Palestinian teen Ahed Tamimi to Anne Frank and Hannah Szenes.At the time, Defense Minister Avigdor Liberman called for his songs to be banned from Army Radio, though the edict was never enforced. Culture Minister Miri Regev said Geffen should “go back to your songs” instead of “acting like a poet who has been recruited to free Palestine.”Several days after that post, Geffen said that the poem “was really a mistake, and I apologize for it, in particular to all those who were personally offended.” The poet said he was trying to show that just like Israel has national heroes, so do the Palestinians, but he admitted the comparison to Frank and Szenes was inappropriate – though he did not remove it from the social media site.But this time around, neither Liberman nor Regev commented on Geffen’s words.
Regardless, Geffen removed the recent post, but the poem about Tamimi is still posted to his Instagram page.
Advertisement
Subscribe for our daily newsletter