Poverty is not a must for Holocaust survivors

Meet just a few of the survivors whose lives have been changed by the “Aviv for Holocaust Survivors” Organization. 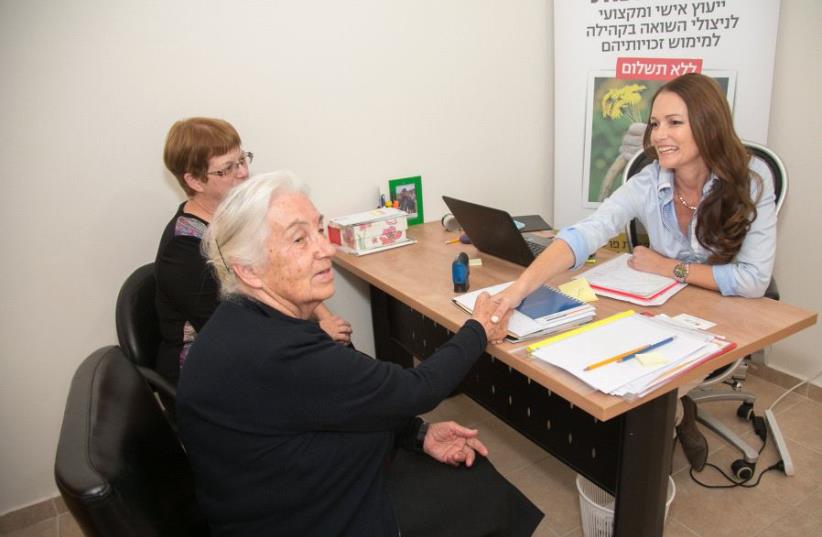 The “Aviv for Holocaust Survivors” Organization
(photo credit: Courtesy)
Advertisement
Many of those who suffered through some of history’s most heinous times, and managed to make it through alive, are now enduring a different kind of struggle. Of the 200,000 elderly Holocaust survivors living in Israel today, approximately one quarter live in poverty. Meet just a few of the survivors whose lives have been changed by the “Aviv for Holocaust Survivors” NPO.

He never thought he was entitled to rights of a Holocaust survivor….Avraham, a 78-year-old Holocaust survivor from Kiryat Yam, spent the first years of his childhood in the Jado Concentration Camp in Libya. The horror that he endured as a young boy is beyond the realm of reality for most. For him, the inconceivable conditions are memories far too real and undesirable. Remarkably, through the suffering, hunger, disease, and constant threat of death, Avraham survived. After the war, Avraham immigrated to Israel as a young man. He had his hopes set on a new reality and a dream of a promising future. But his first years in Israel were hard to bear, and throughout his life he suffered from health problems that limited his abilities and his potential for a successful life. Due to lack of information and proper guidance, Avraham did not ask the state to recognize him as a Holocaust survivor, nor did he dream that he was entitled to rights and compensation.
When Avraham learned of a special organization in Israel, his life hit a turning point. Avraham approached one of the Entitelment Centers run by “Aviv for Holocaust Survivors”, there he met one of the organizations lawyers that specialize in Holocaust survivors rights.  He learned that he meets all the criteria for receiving a monthly pension from the government. Within a short time, Avraham's requests were approved and he now receives a monthly stipend of 6,000 NIS. The light has finally returned to Avraham’s life. "It's like a dream come true, I will no longer have to live in existential anxiety, and today I'm not dependent on anyone!" Avraham says of his new life as a Holocaust survivor no longer living in poverty.Fleeing the only country they ever called home...Michael and Sarah, 94-year-old Holocaust survivors from Ramat Gan, were born and raised in Germany. As the Nazis rose to power throughout the 1930’s, they suffered and struggled to live in the only country they ever called home. Their memories as a young couple include humiliation and persecution in the streets, a struggle to find and keep steady work, and living with the constant fear of not knowing what would happen next.
After many hardships in their home country, Michael and Sarah managed to flee to England before the outbreak of World War II. Once in England, Michael enlisted in the British army and fought the Nazis who had ruthlessly destroyed their homes, tore apart families, and killed loved ones. At the end of the war, Michael and Sarah immigrated to Israel, but to their dismay, they were not recognized as Holocaust survivors. The couple recently heard about a change in the law that would help them receive the recognition they had hoped for when they first arrived in Israel. They sought assistance at the Aviv Association’s Ramat Gan Entitlement Center and began their process of applying to the Ministry of Finance.  One of “Aviv for Holocaust Survivors” lawyers assisted them in filling out the forms and the requests at no cost, and their request was quickly approved.As of today, Michael and Sarah each receive a monthly stipend of 3,000 NIS, an additional 6,000 NIS a month to their  joint income. "We did not believe that at the age of 94 we would be recognized as Holocaust survivors. This pension will give us peace of mind until the end of our days!” 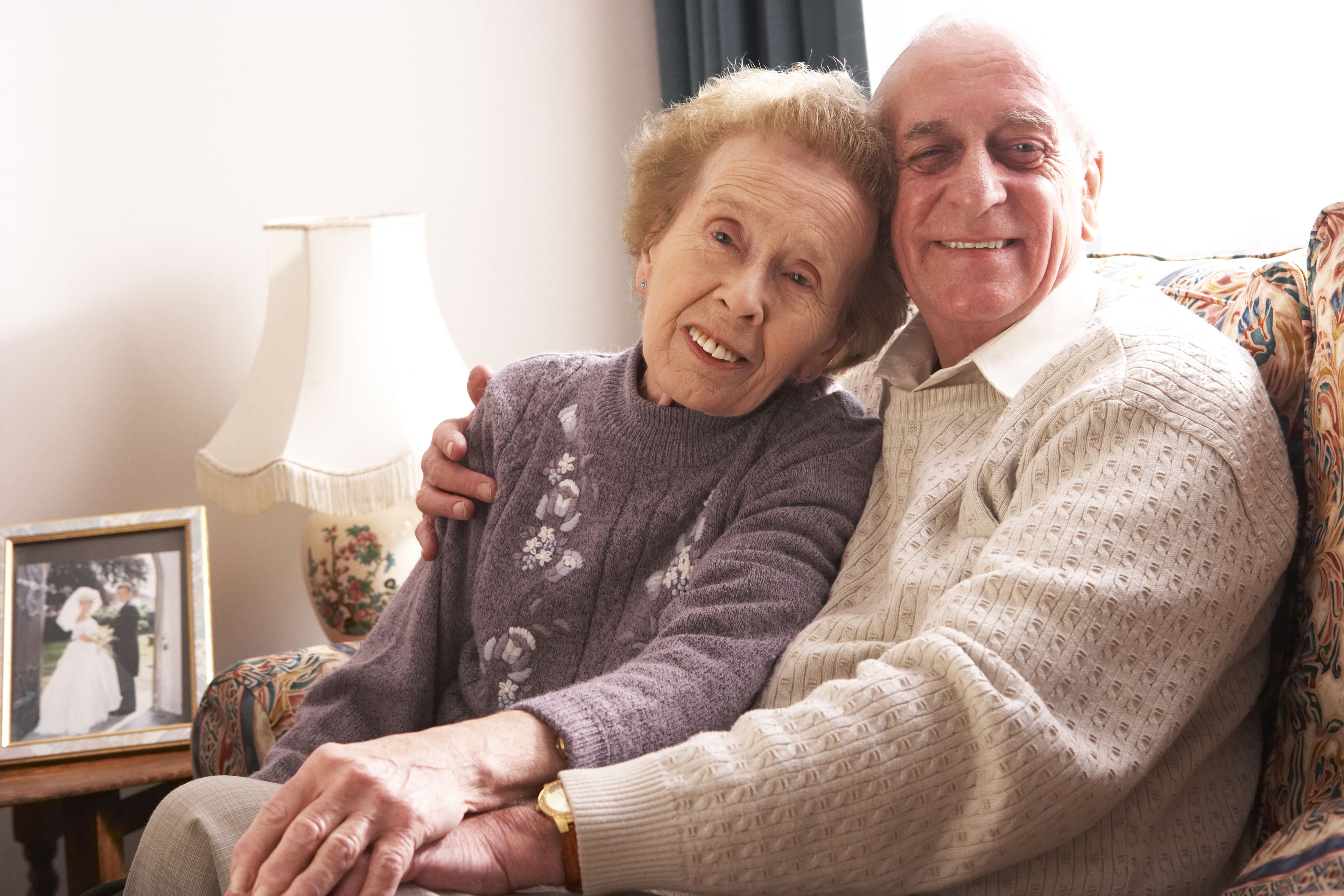 For the first time, she feels financially secure.Life did not lend a hand to any of the Holocaust survivors, but the story of Rosa, a 93-year-old Holocaust survivor, is particularly heartbreaking.Rosa was born in Romania, and by the time the Nazis invaded Rosa, along with many of her family and friends, were shipped off like cattle to various concentration camps around Europe. Rosa was considered one of the “lucky” ones, having been sent to a labor camp as opposed to a death camp. Through her courage strength and determination, Rosa survived the abuse and inhumane conditions of the camp until the camp was liberated. When the war ended, Rosa asked to immigrate to Israel, but was refused. Only in 1961 did she succeed fulfilling her dream of immigrating to Israel.In the decades since her arrival, Rosa had managed to find work, but failed to save for a pension. For many years, Rosa was denied a monthly stipend only because she immigrated to Israel after 1953. Upon hearing of a change in the law regarding forced labor during WWII, Rosa approached the Aviv Association’s Bat Yam Entitlement Center and asked for assistance.  One of the organization's lawyers helped Rosa submit the proper paperwork at no cost.
After all the years in which Rosa was prevented from recognizing her condition, the Israeli Ministry of Finance approved the request and set a monthly stipend of 5,600 NIS. When Rosa heard the news she cried with happiness and told the “Aviv for Holocaust Survivors” lawyer that assisted her:  "You gave me professional treatment without any payment. I never thought that at my old age I would receive such an income. I always think a few times before I spend every shekel and now I can live comfortably."“Aviv for Holocaust Survivors” was established exactly for this purpose: to make the Holocaust survivors rights accessible to the general public and to personally assist Holocaust survivors in receiving the rights they deserve – all this with no charge. Avraham, Michael, Sarah, and Rosa are just four of the 60,000 Holocaust survivors that “Aviv for Holocaust Survivors” has helped to receive benefits and grants that total over 350 million NIS.  "Most of the Holocaust survivors are not aware of the rights and benefits that are due to them by law, and their implementation can change their lives. We have the opportunity to help them realize their legal rights, completely free of charge, and to see every day the change that it brings to their lives. The mission of our organization is to help Holocaust survivors live their later years  with dignity and welfare, and now is the time to do it" says Adv. Aviva Silberman, the founder and CEO of “Aviv for Holocaust Survivors”. 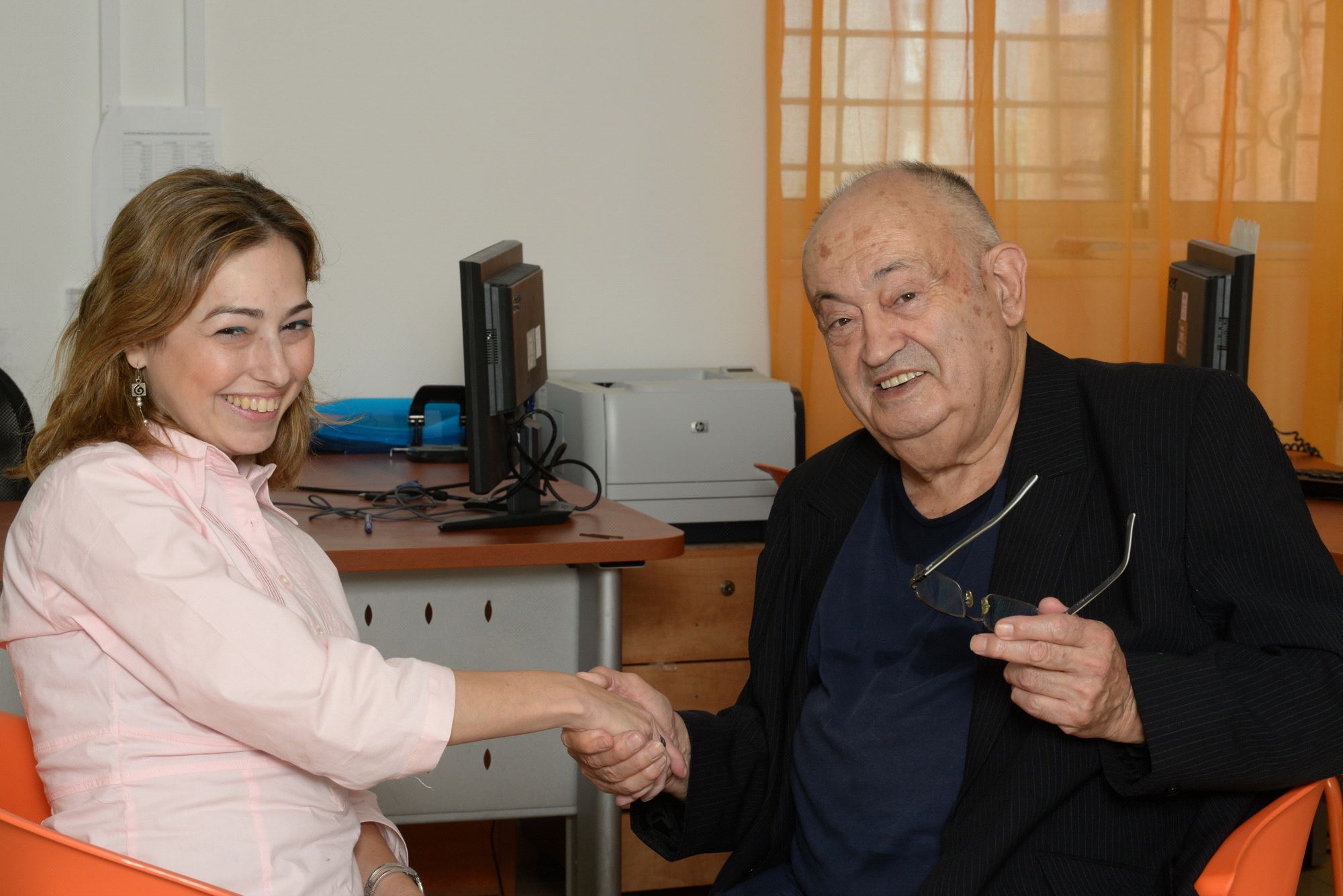