The isolated Nafha Prison in the Negev houses security prisoners and dangerous criminals. 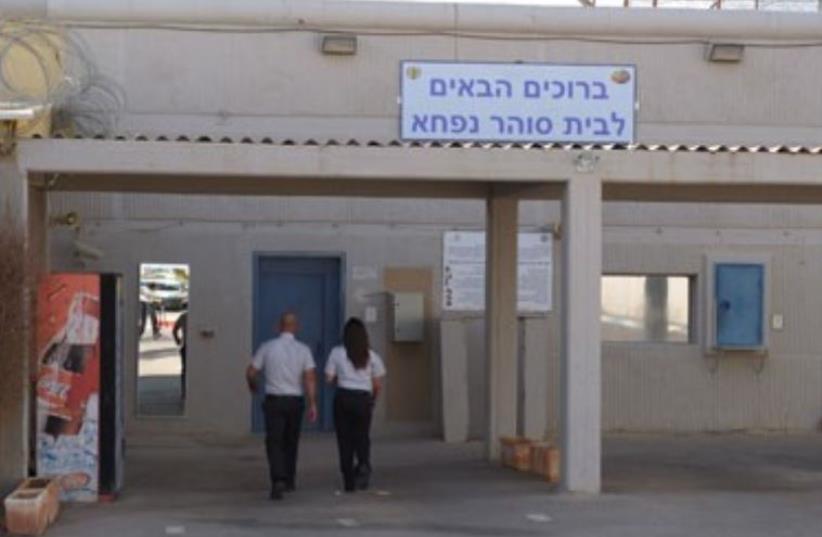 Nafha Prison in the Negev desert
(photo credit: ISRAEL PRISON SERVICE)
Advertisement
The commander of Nafha Prison, which houses some of the most dangerous terrorists, will be removed from his post following a series of “security breaches,” the Prisons Service stated Tuesday night.Nafha Prison is a highly isolated facility located north of Mitzpe Ramon in the Negev Desert.It is considered one of Israel’s most secure facilities and, in addition to Palestinian security prisoners, houses a number of the country’s most dangerous criminals.The Prisons Service said in a statement that it “is waging an unyielding war against smugglers and contraband including cellphones to security prisoners.” It said the most recent attempt was foiled, but admitted there have been a series of recent “security failures” at the facility, including previously successful attempts to smuggle cellphones into the facility.The Prisons Service said that in addition to removing Deputy Warden Shimon Bibes from his post, it will examine the conduct of a group of officers at the facility, and revamp the security protocols for three separate security prisoner cell blocks.Smuggling cellphones into prison is big business.Upon reaching the hands of security prisoners, the phones can be used to coordinate attacks and other such activities on the outside.Smuggling by prison guards is a widespread phenomenon in Israel. The guards are frequently poorly paid or are teenagers performing their national service in the Prisons Service, and are thus often susceptible to bribery. The service has carried out a series of arrests of guards caught smuggling phones to security prisoners in recent years, including one case last year in which a 20-year-old guard performing his national service at an Ashkelon prison was arrested after a Fatah security prisoner paid him cash to smuggle in phones. The guard was promised NIS 25,000 per phone, police said.On Tuesday, the service said that an undercover sting had stopped an attempt to smuggle drugs into Dekel Prison in Ashkelon. According to the service, a prison guard accepted NIS 3,000 and an unknown amount of drugs from two Ashkelon residents, who were arrested and charged along with their contact, a convict in Dekel Prison.In June, a 26-year-old Prisons Service employee was arrested for smuggling cigarette packs full of hashish and marijuana into a prison in southern Israel, in exchange for around $1,000 per drop.Corrupt guards are one of a number of ways prisoners smuggle drugs into jails and prisons in Israel. Other methods include transfers made during family visits, and prisoners on furloughs ingesting or inserting drug packets into their bodies.