“I think this episode was a huge victory for those who want to see changes in the Rabbinate,” says Former Yesh Atid MK Dov Lipman. 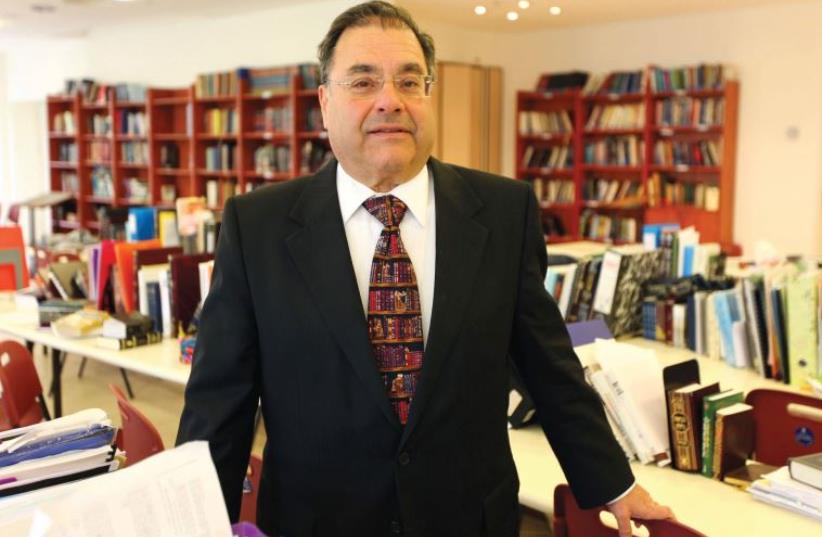 Rabbi Shlomo Riskin
(photo credit: MARC ISRAEL SELLEM/THE JERUSALEM POST)
Advertisement
Following a month-long uproar amid claims that officials in the Chief Rabbinate were trying to remove Efrat Chief Rabbi Shlomo Riskin from his post due to his moderate views, the Council of the Chief Rabbinate approved his five-year extension on Monday.This decision comes after the council’s request last month for Riskin, 75, to appear before the body for a hearing on whether his service as chief rabbi of Efrat should be extended for another five years.Riskin, who writes a regular essay on the weekly Torah portion for The Jerusalem Post Magazine, has been a mainstay in the Gush Etzion settlement which he helped found in 1983 upon his aliya to Israel. Before that he was the founding rabbi of Lincoln Square Synagogue on the Upper West Side of New York City, which he led for 20 years.The law states that municipal chief rabbis appointed between 1974 and 2007 who reach the age of 75 can obtain a five-year extension in their post before mandatory retirement. This is typically a formality in which the rabbi does not need to be present. However, the Chief Rabbinate declined to automatically renew Riskin’s appointment and last month summoned him for a hearing that was slated for Monday. In the interim, there was a large outpouring of support for Riskin, whose liberal attitudes on conversion and women’s rights have raised the ire of some rabbinical officials.“I think this episode was a huge victory for those who want to see changes in the rabbinate,” said former Yesh Atid MK Dov Lipman. “The moment the rabbinate flexed its muscles, we knew it was motivated by politics.”Rabbi Seth Farber, the head of the religious services advisory and lobbying group ITIM, agreed that the rabbinate’s initial ploy was not based on substance but on politics.In May, the Post learned that several senior municipal chief rabbis on the council objected to an extension for Riskin and expressed opposition to his stance on conversion reforms, during its monthly meeting on May 25.“My position on conversion, which is completely in accordance with Jewish law, should not be cause for deliberating as to whether I should continue as chief rabbi of Efrat,” Riskin told the Post at the time.During the council’s debate on Monday, the council’s legal adviser, Harel Goldberg, agreed with Riskin and wrote that, in his opinion, health is the only factor that can be used to determine whether an applicant’s term should be extended.Riskin said in a statement issued by his office on Monday that he is pleased and honored to continue to serve the residents of Efrat and the extended community, as he has done his entire life, with an unwavering commitment to Halacha and the laws of the State of Israel.According to Lipman, the lesson learned from the Riskin case is to always be on guard.“The rabbinate now knows there will always be a strong response,” said Lipman. “For a rabbi beloved in his community, the rabbinate shouldn’t intervene and change that.”Rabbi Shlomo Brody, who writes the bimonthly “Ask the Rabbi” column for the Post, said the council’s initial moves against Riskin were an alarming attempt to centralize decision- making in the hands of a small few – who aren’t necessarily representative of the broad community.“The haredi-controlled Chief Rabbinate Council is out of touch with the Israeli public, let alone the religious Zionist community,” said Brody. “It is a bad phenomenon.”Rabbi Uri Regev, head of Hiddush – an organization for religious freedom and equality – said the lesson to be drawn from the incident is that the time has come to do away with the state rabbinate.“It is the greatest enemy of Judaism in Israel today, alienating masses of Israeli Jews, whether modern Orthodox, non-Orthodox or secular,” said Regev. “Rabbis are an essential building block of Jewish life and identity, but ‘state rabbinate’ is an anathema that does more harm than good.”Jeremy Sharon contributed to this report.