The government decided to allow women to pray in the Western Wall alone and alongside men, yet no such section is open; Chief Rabbinate demands right to speak for itself in court. 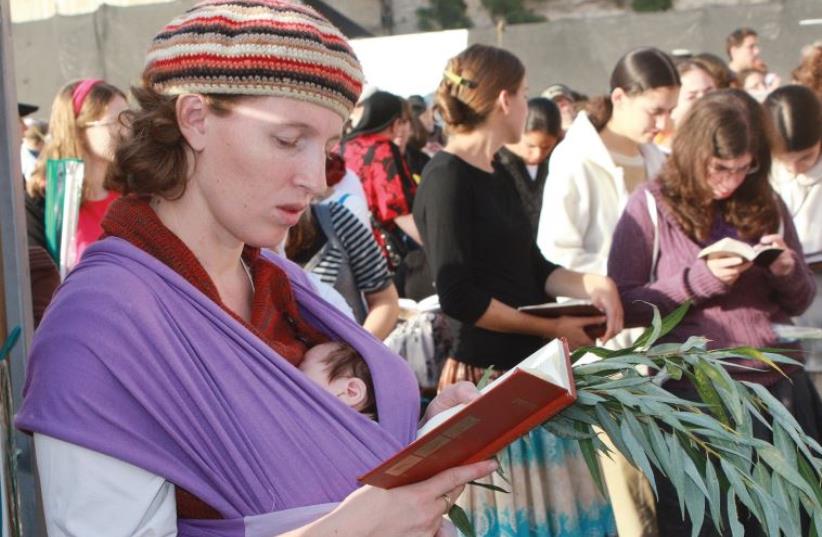 Woman pray at Western Wall
(photo credit: RICHARD SHAVEI-TZION)
Advertisement
The Chief Rabbinate wants its own attorney in court in regards to the planned pluralistic section of the Western Wall. The proposal for such representation was the subject of raucous debate in the Knesset Law, Constitution and Justice Committee on Monday.The demand came on the heels of haredi parties pushing a cabinet decision to repeal one from January 2016 to create the state-recognized egalitarian section at the southern end of the Kotel. The resolution was never implemented due to the Chief Rabbinate and haredi parties’ opposition.In Monday’s meeting, Rabbi Raphael Frank, a senior adviser to Ashkenazi Chief Rabbi David Lau, said the Justice Ministry is censoring the rabbinate.“It cannot be that we don’t have any platform from which to express our opinion and the court won’t hear the Chief Rabbinate’s stance,” he said. “The State Attorney’s Office is totally avoiding the real question that we want to discuss.“Even if our opinion doesn’t match [the government’s], we demand that it be heard,” Frank said.The Justice Ministry, however, said that “the state speaks in one voice, that of the attorney-general.”The state takes the Chief Rabbinate into consideration, but it’s not the be all and end all, Justice Ministry representative Rani Neuberger said. As such, the attorney-general will bring up the rabbinate’s stance so the court is informed of it, but the rabbinate cannot have its own lawyer.The Supreme Court’s deliberations on the Western Wall are not halachic, but civil, Neuberger added, and are about the Holy Sites Preservation Law and the Kotel’s public status.MKs within the coalition took different sides on the debate.Constitution Committee chairman Nissan Slomiansky (Bayit Yehudi) quoted from a Supreme Court ruling related to kashrut, in which Justice Noam Solberg said, “There is no place to deny [the Chief Rabbinate] its day in court.”MK Bezalel Smotrich (Bayit Yehudi) said that, because there is a clear halachic element to the matter, the rabbinate should be involved.Shas lawmaker Michael Malkieli went so far as to say the situation reminds him of the destruction of the Second Temple – of which the Kotel was a supporting wall – because “bullies,” meaning the Justice Ministry and attorney-general, are trying to put their opinion before the rabbis’.However, MK Rachel Azaria (Kulanu) said the rabbinate is trying to undermine the state, and that she’s also reminded of the destruction of the Second Temple, because this issue has the potential to tear apart society.“Put your cards on the table and admit that you want to create a state within a state. Every Zionist must oppose this; even more so, religious Zionism,” Azaria said, in a comment pointed toward Bayit Yehudi lawmakers.“It’s unthinkable that every ministry wants to represent itself to the High Court,” MK Yehudah Glick (Likud) argued.Glick said the rabbinate is threatening the court and saying there will be riots, much like the arguments against letting Jews ascend the Temple Mount, and that such threats should not be allowed in a country governed by the rule of law.Meanwhile, MK David Amsalem (Likud), who presides over the Knesset Interior Committee, which deals with holy sites among other issues, and has long opposed the Kotel compromise tweeted his opinion: “[US President Donald] Trump came to the Kotel, respected Jewish values, and entered the men’s section without his wife. Who doesn’t respect us? Reform. Who wants to help them? Apparently the government and the High Court.”